Superstructure At 33rd In Thirds 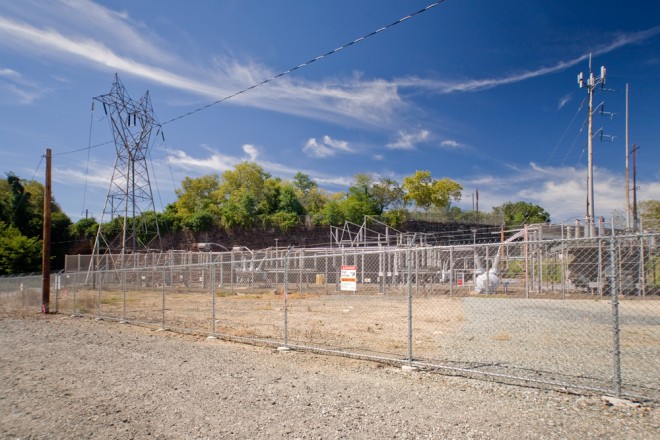 At a glance, this scene may not look like much, but behind the PECO station and below the overgrowth, a 108-year-old superstructure shoulders 33rd Street.

Two weeks ago, after we published the Prettiest Bridge to Nowhere story and its companion Instagram post, Instagrammer @jakeliefer commented that a similar, larger one existed in Brewerytown. Considering that I live in Brewerytown and knew of no such thing, I could only wrap my head around this by checking it out for myself. As it happens, the brick skew arch bridge at what’s no longer 33rd & Master is not just larger than the Chamounix Tunnel, but it’s only one component of a significantly larger superstructure.

Like Parkside Avenue in West Philadelphia, North Philadelphia’s 33rd Street serves as the grid’s scenic gateway to Fairmount Park, lined with stately houses facing the art and greenery on the other side. At the end of the 19th century, the East and West Parks were somewhat disparate. The Fairmount Park trolley helped bring them together when it opened in 1897, carrying visitors across the new Strawberry Mansion Bridge, but for park-goers operating at a more leisurely pace, crossing the Schuylkill meant skipping down to Girard Avenue. On the North Philly side, 33rd Street made no direct connection to Girard thanks to topography and the railroads, so folks had to navigate through the busy breweries to reach it.

For this reason, and to improve infrastructure for the growing city, the Department of Public Works prioritized making 33rd Street connect with Girard Avenue, and in turn, West Philly. To do this meant spanning both the Pennsylvania Railroad’s Connecting Railway (used today by Amtrak, SEPTA, and New Jersey Transit on the main Northeast Corridor trunk) and the Philadelphia & Reading Railway (now CSX)—and leaving access to the water main which still exists. 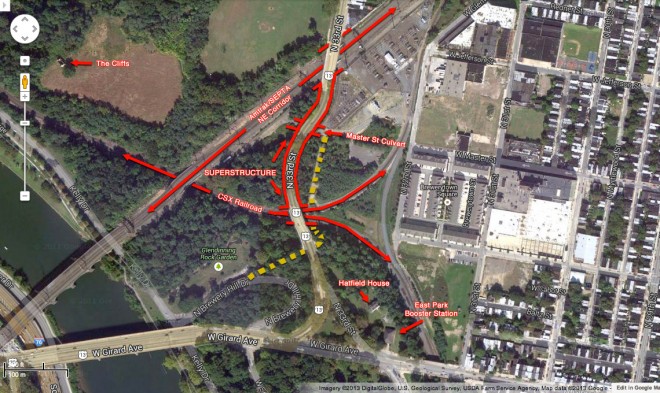 The solution, carefully detailed by historian J. Philip Gruen for the Historic American Engineering Record, was a superstructure spanning all three; seizing on the momentum of both the Centennial celebration in 1876 (and Fairmount Park’s subsequent popularity) and the City Beautiful movement born in 1893 Chicago, Public Works also wanted an attractive landmark. The resulting superstructure’s buildout came in three phases over eleven years. (It took so long thanks to, of course, budget constraints.) 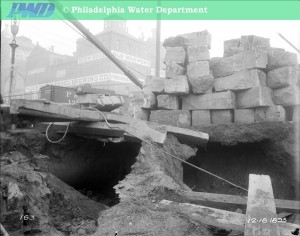 The first phase, constructed in 1895-96, laid the grading and formed the framework for what would become the main substructure and the bridge abutments.

The second phase, built in 1901-02, provided the backbone of the superstructure: the retaining walls supporting 33rd Street and aesthetic attention to the culvert needed to provide access to the water main. Like the Chamounix Tunnel, the culvert is comprised of a series of brick arches (28 in this case) with semi-course stone trim. The tunnel is 99′ long and 41′ wide; the arch heights range from 21′ on the east side to 15′ on the west, the upward slope accounting for the discrepancy. Although on the same axis as Master Street, Gruen reports Master Street was never meant to continue through the culvert, as the Connecting Railway lies directly on the opposite side.

The final phase, finished in 1904-05, provided the bridge decks over the railroad tracks and completed the superstructure, opening it for traffic.

In continued use for 108 years now, the 33rd Street superstructure remains in good condition, albeit a condition buried under brush and obscured by a PECO power station, and tucked where only train conductors and window gazers might notice it. The view of the skyline crossing the Schuylkill River steals the scene on trains leaving 30th Street Station, but look to the right just after that for a passing glimpse of the century-old City Beautiful.

What follows is a series of images depicting the various parts of the superstructure and its location. 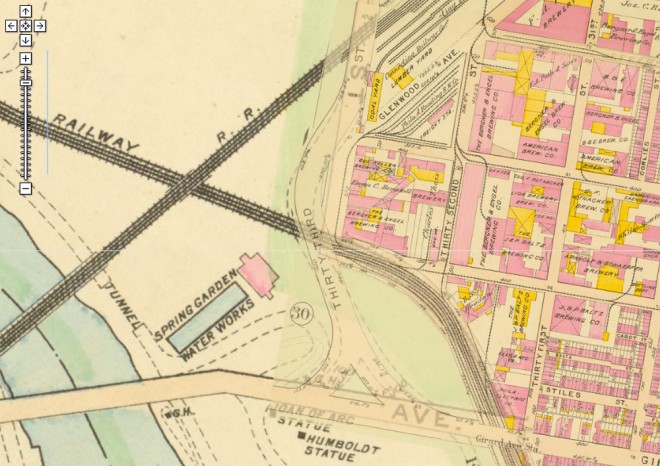 Back when it was really Brewerytown. Five years after 33rd Street superstructure’s completion | 1910 Philadelphia Atlas, G.W. Bromley via PhilaGeoHistory.org

… and its contemporary companion. Red lines show items of interest; the yellow line approximates a lane that presumably connected Brewerytown to the Schuylkill River at grade | Google Maps 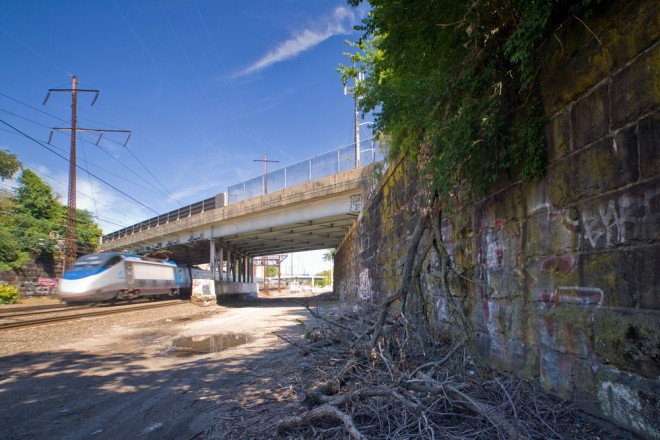 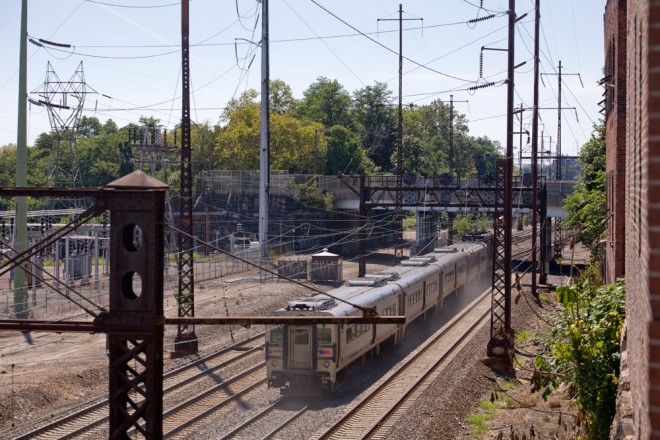 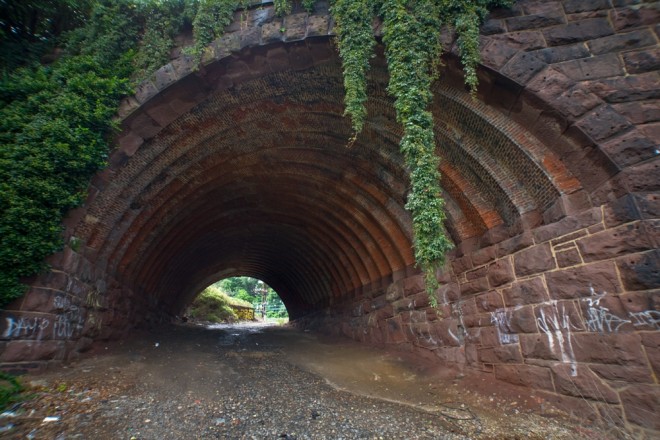 Looking into the tunnel with vines growing down from 33rd Street above | Photo: Bradley Maule 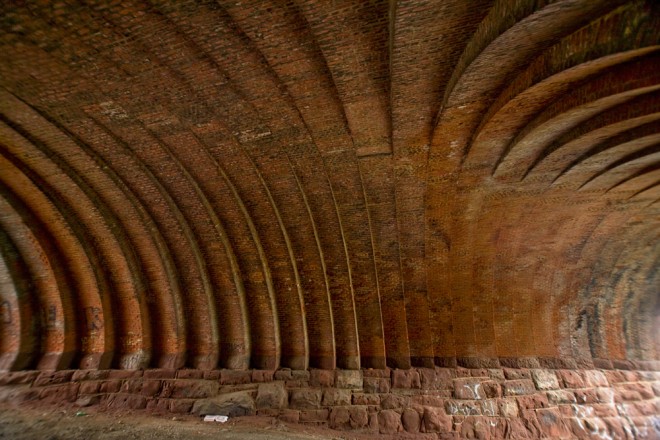 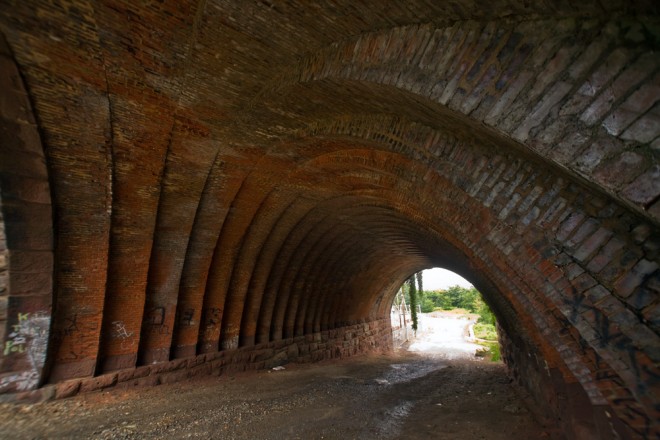 Over the water main, under 33rd Street, looking toward Brewerytown | Photo: Bradley Maule 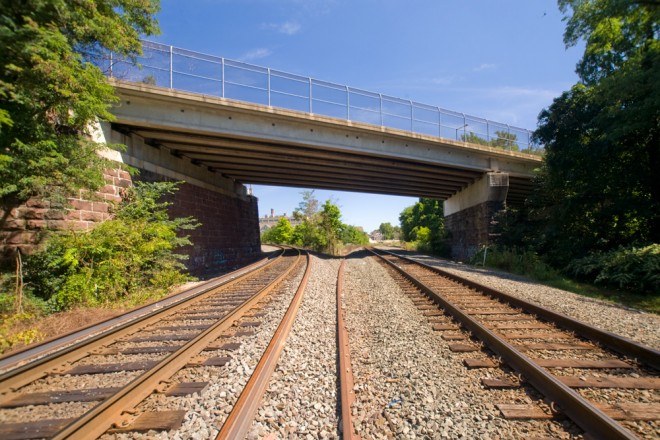 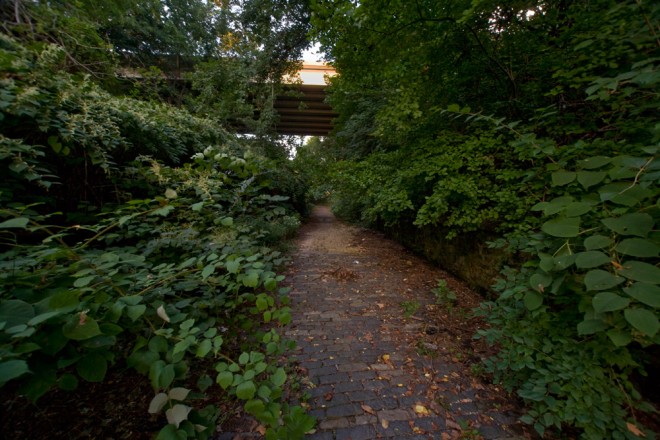 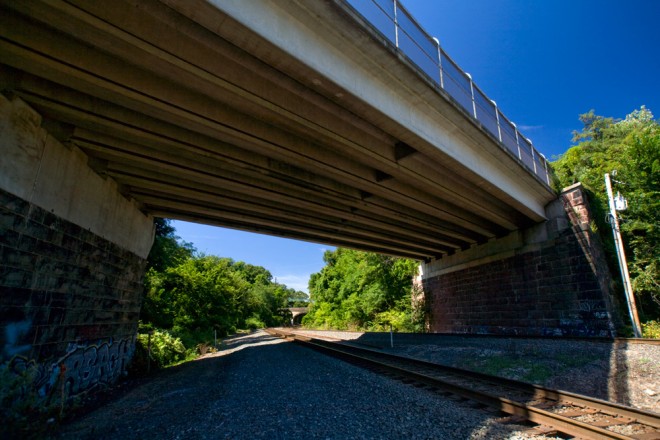 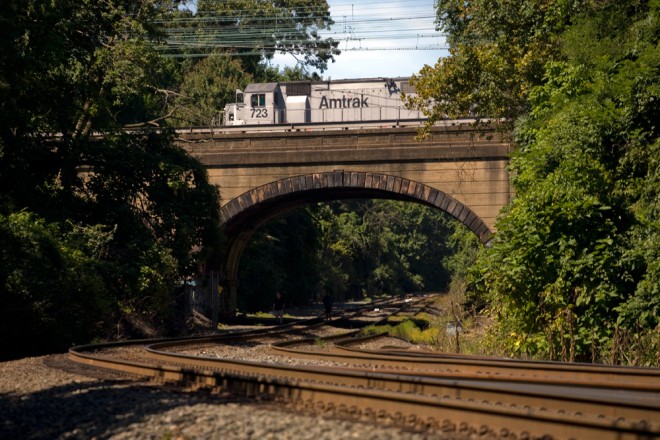 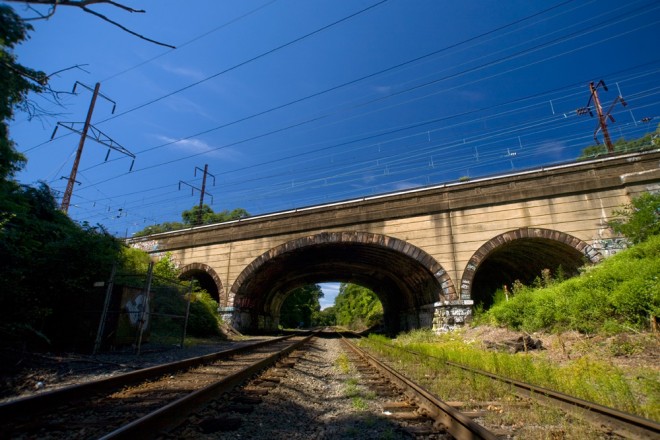 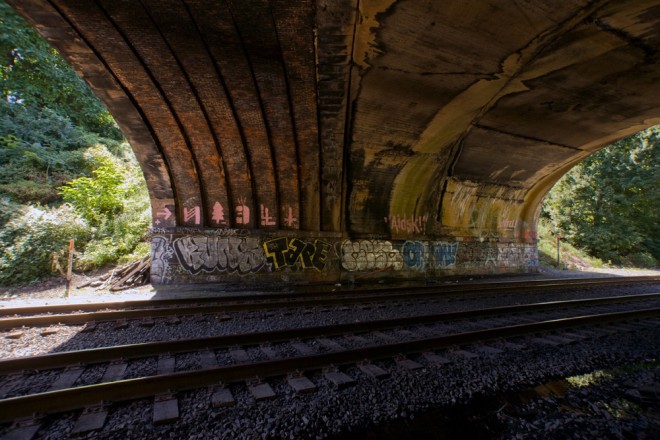 Under the PRR/Amtrak bridge, one can see the original skew arch bridge and the later concrete addition to accommodate extra tracks | Photo: Bradley Maule