Philadelphia During The Civil War: A Medical Perspective, Opening At The Mütter 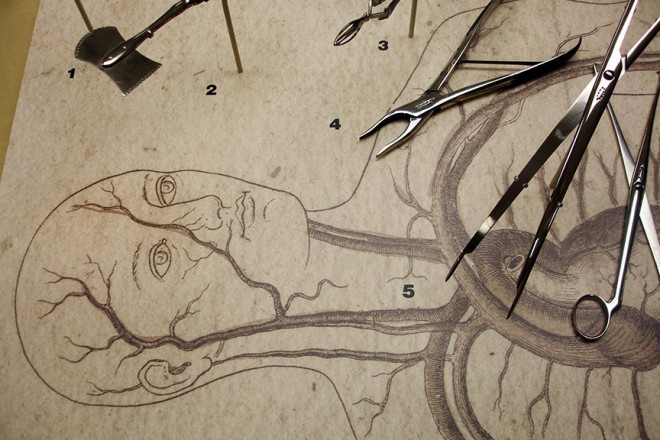 You can walk the same Philadelphia streets once charged with the throbbing pulse of battle. In the 1860s, physicians scurried to meet an enormous medical crisis as train loads and boatloads of Civil War wounded plied upriver to Philadelphia’s vast, hastily constructed medical sheds. 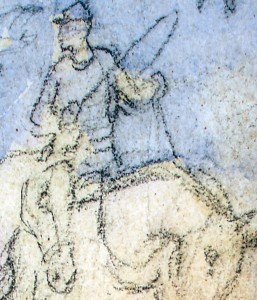 At 1210 Chestnut Street, the pressure to churn out troops to replenish devastated ranks in the field resulted in an unusual, even progressive pairing. The “Free Military School for Applicants for the Command of Colored Regiments” opened in Philadelphia on December 26, 1863 as a training center for white officers of black regiments.

Many of the prospective officers were “men of liberal education, culture and excellent social standing,” proclaimed Thomas Webster, Chairman of the training school in 1864. Officer studies included math, history, command tactics, and army regulations. Some received hands-on experience at Camp William Penn in Montgomery County, the region’s first training ground for black soldiers. Under its operation, the school succeeded in training 11 regiments of emancipated soldiers. (It closed in 1864.)

Back then, a group of prominent Philadelphians were simply addressing a war recruiting effort endorsed by President Abraham Lincoln himself. Not every citizen was behind this noble endeavor to save the Union. The Mayor of Philadelphia initially banned a parade by trained black soldiers “for fear of an outbreak.”

On October 27, 1864, Thomas Webster, who lived at 2310 Locust Street, addressed President Lincoln as “His Excellency” and signed a letter “In behalf of all Lovers of Liberty without regard to Creed, Color or Country.” Philadelphia was home to enlightened, ardent abolitionists as well as those individuals who were of “strong prejudice.” As such, the city mirrored the best and worst of the American family at that time. 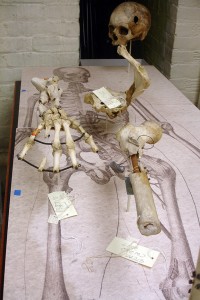 Bullets and the limbs they shattered | Photo: Joseph G. Brin

“Philadelphia was a medical city at the time, heavy with the atmosphere of troop movements. There was a constant flux of wounded soldiers delivered by boats and trains within a few days of battle,” says Hicks.

Violence in battle was followed by violent medical treatments. Routine antiseptic procedures had yet to be invented so even simple graze wounds sometimes led to amputated limbs. Until the Union developed rudimentary battlefield medicine, a wounded soldier might pass out, abandoned in place. Before the first Civil War ambulances were developed and they figured out a way to suspend and cushion the wounded on stretchers, the jostling rescue proved as disastrous to the soldiers’ outcome as the battle itself.

The scope of the Civil War and its casualties was and is overwhelming.

The exhibit team, Hicks recalls, was looking for ways to “make sure that the exhibit works at a visceral and personal level [since] the moment a soldier is shot it becomes an intense, personal experience. ‘What happened to me?’ We decided to tell the story using the history of the body, individual people as lenses for the broader experience.”

In this case, two soldiers, one white, one black and a female nurse. The black soldier featured, Presley Dawson, was from Howard County, Maryland, enlisted in Lancaster, PA, and trained at Camp William Penn, in Cheltenham Township. Amazingly, his grandson Thomas Dawson, who still lives in Cheltenham adjacent the land that once held the camp, contributed to this exhibit through a loaned medal of his grandfather’s and interviews with Dr. Hicks.

Hicks refers to the differential treatment of black and white soldiers where unsophisticated theories abounded. Though their blood ran the same color, blacks were still seen as less capable in battle. Doctors employed a brass, drum-like device called the sperometer (on exhibit), measuring the lung capacity of black versus white soldiers to “prove” that blacks were inferior.

Before leaving a special preview of the exhibit, Hicks led me to a corner of the room. Pulling a red felt curtain to a darkened booth aside, he said, with the matter-of-fact voice of a physician, “we’re going to amputate your arm.” You, too, are cordially invited to have your own arm “amputated.” It takes only a minute.

Broken Bodies, Suffering Spirits packs a tremendous amount of knowledge into one, 900 square foot space. Many Civil War threads are woven together with large scale photographs, human specimens, bullets, tools and devices. With all that is imparted, however, even the City of Philadelphia and its valiant medical response is not really the star or the essence.

One thing stands in relief.

By connecting you now, personally, to the suffering of one soldier, say in 1863, history envelopes you. It is a potent exhibit whose chilling impact runs through your body hours after leaving that small room.