Coming: Review Of Proposals For Development Of Kensington Banks 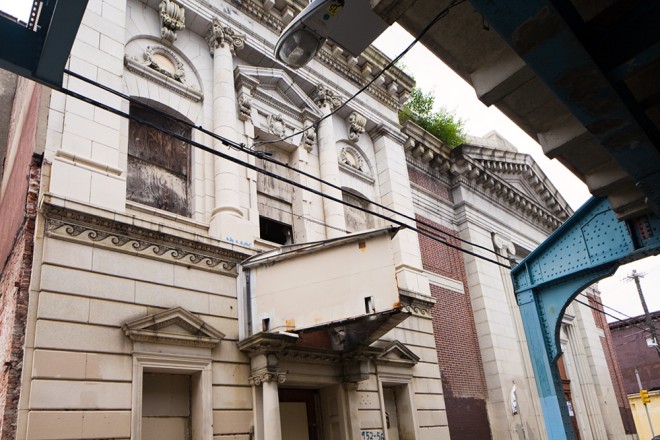 It’s down to two bids for the right to redevelop the two historic former textile banks at Front and Norris Streets in Kensington. The Norris Square Civic Association, which reacquired the properties in July, will hold its board meeting next Thursday the 12th to vote on the proposals for development.

Elon Development and Onion Flats each submitted responses to Norris Square’s RFP in July. A third proposal, jointly submitted by Postgreen Homes, Equinox, and Interface Studio Architects, was also reviewed by the board’s Real Estate Committee but removed from consideration based on the criteria in the RFP.

Among the criteria listed in the RFP for awarding a bid were quality of proposed design, economic impact, availability of financing, and the ability to develop without a zoning variance. Preservation of the façade of the buildings was also included as a point of consideration, but would not be the deciding factor in selecting a proposal.

Onion Flats is located in a former carpet mill on Norris Street cater-corner to the banks. The firm has been active in its designs for “passive houses” which consume minimal amounts of energy. Onion’s award-winning Belfield Townhomes, in the Logan neighborhood, is the first certified passive house building in Pennsylvania.

Elon is affiliated with Allied Construction and the Altman Group of Companies, based in Fort Washington. Allied has a long portfolio of construction projects in and around Kensington, including the Pradera Homes, developed by Associación Puertorriqueños en Marcha (APM) at 7th and Berks Streets, and the St. Boniface Homes, developed by Norris Square Civic at the site of the demolished 1872 church.

Tim McDonald of Onion Flats declined to discuss his proposal for the record, but has stated his admiration for the architecture of the banks–Ninth National and the Industrial Trust, Title and Savings Company–designed by the firm of Hazelhurst and Huckel in the 1880s.

Francis Vargas, Elon’s vice president, said that they would look at the possibility of preserving the façade of the buildings, although reuse in their existing state did not appear feasible. However, Vargas added that they were “aware of the strong presence of local neighborhood groups in Fishtown and East Kensington, and the neighbors on Hope Street” who successfully appealed the decision by the Zoning Board of Adjustment to allow the Women’s Community Revitalization Project (WCRP) to raze the buildings and build low-income housing. 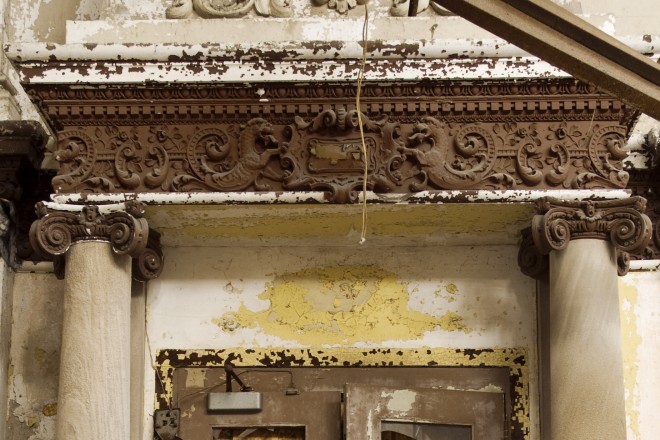 “The bidding has been a fairly open process and we understand that we’ll need to work with everyone on this,” said Vargas, a Kensington native who was formerly at APM.

The properties were returned to Norris Square after WCRP cancelled plans to build housing. The ZBA’s decision to allow WCRP’s all-residential development at the site had been based on a hardship argument that the Front Street corridor was too depressed to sustain commercial business. That decision was overturned in Common Pleas Court in July, meaning that any new development that does not include a commercial use would have to return before the ZBA for approval.

Leave a Reply to Curator of Shit Cancel reply