Colonial Ruins On The 12th Hole 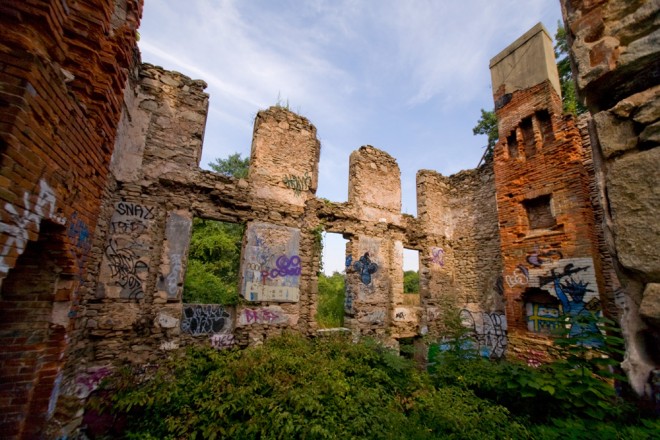 High above Kelly Drive and the CSX railroad tracks in Fairmount Park, a pile of graffiti covered ruins manages to weave William Penn, Benjamin Franklin, Joseph Wharton, and disc golf into a single story. Just beyond the 12th hole of the Sedgley Woods Disc Golf Course stand the remains of The Cliffs. 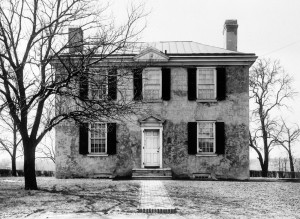 The Cliffs, 1931, photographed by the Philadelphia Museum of Art. This and three additional photos (including two interiors) are available at the Library of Congress

Quaker merchant Joshua Fisher built the Georgian style home in 1753 as a country homestead on land purchased from the Mifflin family, who had owned the land since William Penn’s distribution of his ‘Liberty Lands’. Fisher had moved to Philadelphia in 1746 from Lewes, Delaware, where his family had settled after his grandfather came to America on Penn’s ship Welcome. In addition to operating a successful transatlantic mercantile business, Fisher charted a map of the Delaware Bay, first printed in 1756. Thomas Penn, William’s son, appointed Fisher a surveyor of the Lower Counties of Delaware prior to his relocation.

Fisher and his six children operated their mercantile business from a lot at the rear of their home on bustling South Front Street. The Cliffs served as a spacious retreat where the family would spend entire summers and alternately rent it out. Sarah Franklin Bache, Ben’s daughter, was among its tenants. She lived there during the American Revolution; a letter she sent to Ben in France in 1789 described the house as small and charming.

Fisher’s granddaughter Deborah married William Wharton, whose family owned a tract of land near to The Cliffs. Their son Joseph Wharton co-founded Bethlehem Steel and Swarthmore College, and donated money to the University of Pennsylvania to establish the business school that still carries his name today. Steven Ujifusa wrote a nice bio of Wharton referencing his time at The Cliffs for PhillyHistory.org last year. 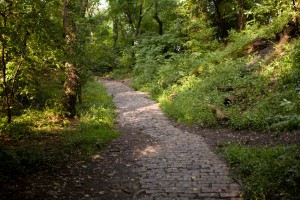 The Cliffs remained in the Fisher family until 1868, when the Fairmount Park Commission purchased it, adding to their collection of colonial mansions. In 1972, it was added to the National Register of Historic Places, and in 1976, it was among the restorations performed for the Bicentennial.

In 1977, the Philadelphia Frisbee Club held a disc golf tournament at the Belmont Plateau that was so successful, Wham-O (manufacturer of the Frisbee brand) donated 18 “pole hole” baskets and tee signs for a disc golf course, one of the earliest of its kind in America. Park commissioners chose the heavily wooded Sedgley Woods area, a curving swath near The Cliffs and Smith Memorial Playhouse. One of the course’s fairways is a centuries old cobblestone path that was once Mifflin Lane, a path predating the park and city grid that led to The Cliffs.

Alas, an arson’s fire destroyed the home in 1986, within a year of two other park mansions, Greenland and Wakefield, also going up in flames. In his recent story on Fairmount Park for City Paper, former Hidden City Daily contributor Ryan Briggs reported that the Department of Parks and Recreation has elected to leave the site as a ruin.