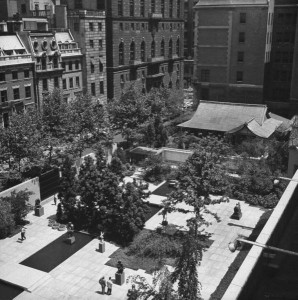 The Japanese House while it was on display at New York’s Museum of Modern Art, 1954. Michael Rougier, photographer; source: Life. From http://thesubjectofplace.wordpress.com/2009/03/26/japanese-house-shofuso.