Time Running Out At St. Bonaventure 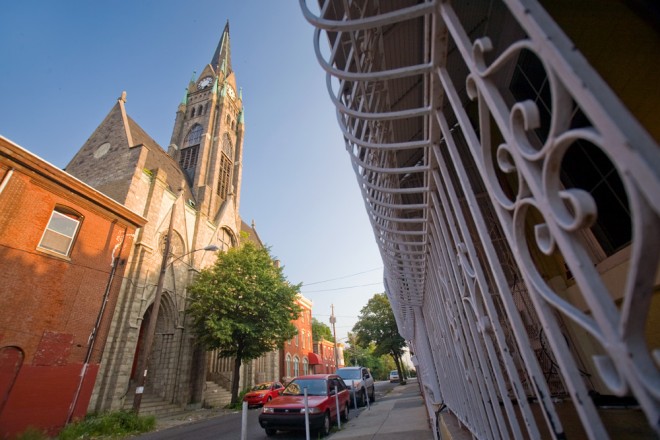 The former St. Bonaventure Roman Catholic Church will not tower over North Philadelphia for much longer. 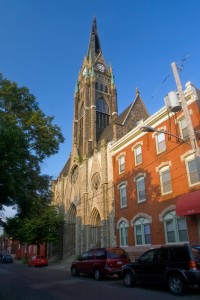 The Department of Licenses & Inspections is set to take action on the church’s deteriorating steeple due to the inaction of its owner, L&I spokesperson Rebecca Swanson said. The church’s condition is now classified as imminently dangerous, which gives the City the authority to perform emergency demolition work.

L&I is currently analyzing the structure of the Gothic revival church at Ninth and Cambria Streets to determine exactly how much must be demolished to make it safe. Besides the steeple, the church’s exterior walls are missing bricks and the roof is partially collapsed.

Swanson estimated that demolition work could commence within two weeks, after the job is bidded out to a City contractor and the owners—Bishop Carswell Jackson and the New Life Evangelistic Church—are given final notice.

St. Bonaventure was designed by prolific church architect Edwin Forrest Durang in 1894, construction completed in 1906. In 1993, it became one of a dozen churches shuttered by the Archdiocese, many of them in low-income neighborhoods of North Philadelphia. For photographs of the church’s interior, click HERE.

The church was cited for violations after near neighbors complained about slate shingles from the spire falling onto the street. The case was sent to Equity Court, but according to Swanson, it never moved forward because L&I could not reach the owners via secured mail.

However, sources close to Jackson report that he was aware of the deadline that the City had given him, as he had hoped to raise funds to stabilize the steeple before the church became imminently dangerous. 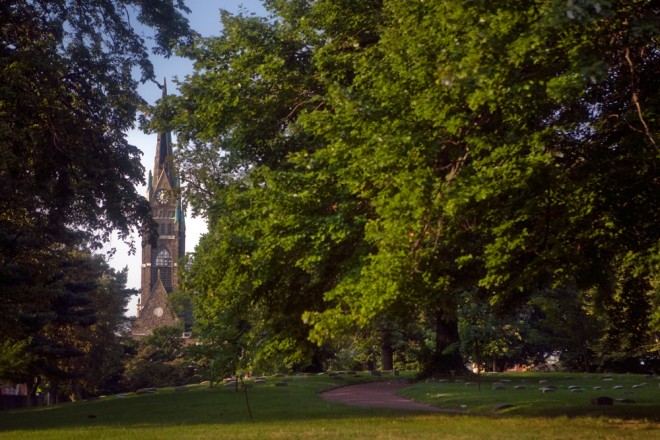 Jackson’s network of churches is headquartered in northern New Jersey. He did not respond to requests for comment.

Demolition costs, which would be taken out as a lien against the property, could run into the hundreds of thousands of dollars. Swanson said that the contractor will adhere to strict safety assessments to protect residents on the block and the foundations of the adjacent buildings.

The New Life congregation had been using the red brick building to the south—the original St. Bonaventure school and church, which dates from 1890—for worship and Sunday school services. The former St. Bonaventure parish house to the north, now occupied by Women of Excellence, a shelter for the homeless, and the former rectory to the rear of the church on Hutchinson Street used by Hannah House, a reentry program for women, are in good condition.

Michael Greenle contributed to the reporting of this story.

For photos of the interior by Chandra Lampreich, see HERE.