What The Internet Can Learn From Cities 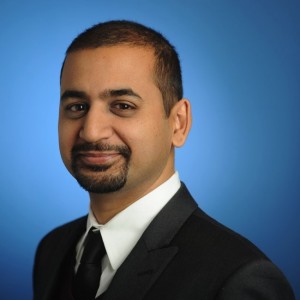 Editor’s Note: In the world of digital technology, Anil Dash is a white knight–an advocate of bringing the best practices of the world wide web to bear on real communities, readers, and society. He says he’s “obsessed with the way technology shapes and transforms culture, media, government and society.” He’s a board member of Stack Exchange and NY Tech Meetup. He advises humanist technology platforms like Readability, Branch, and MLKSHK. Dash will be in Philadelphia on Tuesday, July 30 for the sixth annual Wharton Web Conference (register HERE), where he’ll talk about “What the Web Can Learn from Cities.” With the talk in mind, Nathaniel Popkin caught up with Dash by e-mail for a brief Q&A.

Seems obvious by your writings that you are inspired and energized by New York; this is a long-term relationship that’s only gotten deeper. That the case?

Absolutely. NYC is a thing that’s not just a place I live, but almost a character in my life that’s one of my longest and most meaningful relationships. I’m constantly learning about new layers of the city’s history or functioning, and find that it’s all directly applicable to my work and my life.

Cities grow and change both because of structural political and economic movements and because of individuals living and dying, coming and going–doing things organically (one of the problems with suburbs is that they inhibit organic change). I suspect the Internet is no different. But for the Internet what’s most important the structural stuff or the organic?

My answer on this probably changes daily, but at the moment my bias is that the structural parts of the Internet are most key because they shape the organic actions of the people who use them. If your vocabulary is limited to being able only to express Likes and no Dislikes, this constrains what organic actions can emerge.

From what I can tell, what’s so important to you about the Internet is its ability to flatten the world and create opportunity for those perhaps outside the economic or cultural elite. The recent study (covered in the Times HERE) on cities and economic mobility seems to prove the city’s capacity to create opportunity and raise people up. Do you see this as part of what the Internet can learn from cities?

Yes, exactly. Networks that are heterogeneous and allow for serendipity are engines of opportunity; both well-run cities and the open Internet share these traits. Unfortunately, the Internet hasn’t learned from the past few thousand years of work on making cities sustainable and livable.

In the guise of media consumption, the Internet has had a kind of anti-urban, anti-communal effect: it enables people to seek out identity and ideologically based coverage while ignoring everything else (RSS feeds, I suppose, do this rather well). Instead of reading a newspaper, coming upon something unexpected, you’re spoon fed only what you want to hear. Of course, cities are great for this kind of passive, unplanned, incidental interactions, but the Internet seems poor at it. As the user, I’m too much in control. Or do I have this wrong, are there other aspects that weigh the other way?

I see a lot of (legitimate) concerns about the filter bubble, but I think those only apply if we’re too constrained in our social context. There are people in NYC who only take Town Cars everywhere, but normal folks get to mix with each other on the subway. There’s no intrinsic reason that reading experiences on the web can’t design in the same open connections.

You see yourself as a culture producer–and now with the Internet we all can be, I suppose. But there’s a connection between the culture producers on line and real place–most around the world, it seems to me, are situated in dynamic cities, where there exists a dynamism between the free-ranging Internet and very localized nodes of cultural production–in city neighborhoods. This must be an extraordinarily dynamic system. Has anyone tried to map or study or understand it?

I have to imagine someone has, but if there’s a good record of this interplay, I haven’t seen it. If I did find one, I’d try to get it taught in every high school. These are key concepts to understand.