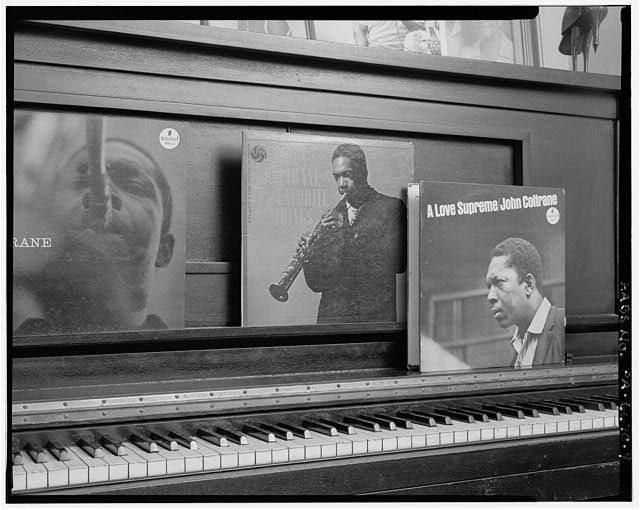 Forty-six years ago today, John William Coltrane laid down his saxophone and departed the terrestrial for his final Ascension. On North 33rd Street, the home he purchased in 1952 stands as a testament to his time in Philadelphia, a National Historic Landmark suffering from deterioration. Two upcoming events have the potential to ameliorate that, directly and indirectly.

Tomorrow evening in Brewerytown, Alfie Pollitt and his band will perform the music of John Coltrane at a benefit for the John Coltrane House, the nonprofit led by Lenora Early, whose late husband purchased the home from Coltrane’s cousin Mary Alexander, the inspiration for his tune “Cousin Mary.” The concert, at Veteran’s Memorial Park, the green space at 31st & Girard, runs from 6–8PM and will feature food from Rybrew and Shifty’s Tacos, new Brewerytown restaurants, and beer from Saint Benjamin Brewing Company. The event itself is free, but donations to the Coltrane House are encouraged. For more information, visit the Facebook event page HERE.

Then on Wednesday, August 7th, the Preservation Alliance for Greater Philadelphia presents the premiere of Coltrane’s Philadelphia: A Documentary Film at the International House in West Philadelphia. At 25 minutes, the short film profiles the saxophonist’s formative years in Philadelphia, 1943–58, and provides a glimpse into the city during the burgeoning Civil Rights years. The film, which will be accompanied by a second film on Sun Ra, is free, but requires registration. To do so, visit IHouse’s web site HERE.