At Former Synagogue Near South Street, Development Plans Include Preservation 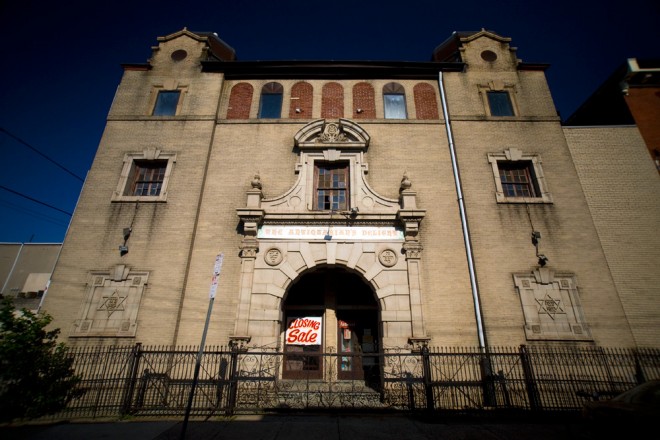 The new owner of the Antiquarian’s Delight building in Queen Village is still mum about his plans, but has indicated that his goal is to preserve the former synagogue for future development.

The flea market and antiques shop had its operations in the former B’Nai Reuben synagogue at 6th and Kater Streets for 28 years before announcing that it was closing this month.

The property was sold to the Fetfatzes family–who also own the Bainbridge Street Barrel House down the block, and the Bella Vista Beer Distributor at 11th and Catharine–for $1.1 million in November. Sources close to the antiques shop claimed that the synagogue is to be converted into condominiums.

Jordan Fetfatzes declined to confirm this, but told Hidden City in an email that “the idea is to keep the building intact regardless of the development.” He also commented, however, that sections of the mezzanine were crumbling and not readily accessible. 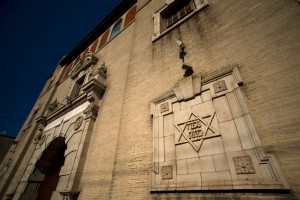 The synagogue was erected in 1905 and became home to Chevra B’Nai Reuben, Philadelphia’s first Hasidic congregation. With South Philly’s Eastern European Jewish population in decline after the Second World War, the congregation left the premises in 1956.

Antiquarian’s Delight operated on the ground floor and basement of the synagogue beginning in 1985, while the upper sanctuary (and main site of worship) remained vacant. The once charming destination just off of South Street had acquired a poor reputation in the last two years, with online reviewers deriding the shop owner’s one-dollar entry fee and hermetic antipathy to customers. The rotting second-floor windows had become a visible sign of the building’s neglect.

According to the City’s Department of Licenses and Inspections, there are, however, no outstanding structural violations on the property. No permits for construction have yet been pulled by the owners.