Look north and south on the plain 1500 block of South Seventh Street. There’s nothing eye catching, nothing too extraordinary; and then you notice “Giant Aquarium,” a long, sun-bleached, canvas sign canopy on the east side of the street.

Friendly, modest owner Thin Tham (pronounced Tin Tam) sits at his front desk surrounded by exotic fish calendars, his bowling trophy plaques, a security camera screen, and his first U.S. dollar bill. He left North Vietnam 32 years ago and has been in business here for six years. He converted a former lumberyard with his own hands, pouring concrete for a six foot deep koi fish pool next to his desk. His various tanks are stocked with fish imported from Malaysia, Taiwan, China, and South America. 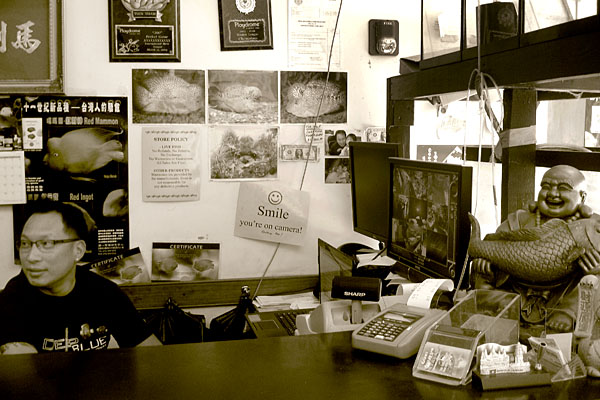 “Koi is still the most popular,” Tham observes. Koi, the colorful domestic carp, can live 40 years. (One koi, Hanako, purportedly lived to 226.) They’re prized for their color, pattern, size, and body shape. Believe it or not, these koi seem to recognize him when he walks to the edge of the pool. With or without food for them, they rush toward him, churning the water.

“I just love big fish,” he says. What started out as a hobby became his livelihood. He goes saltwater fishing, too, surfcasting for striped bass. His biggest catch, so far, was just under 4 feet long and weighed in at more than 40 pounds. 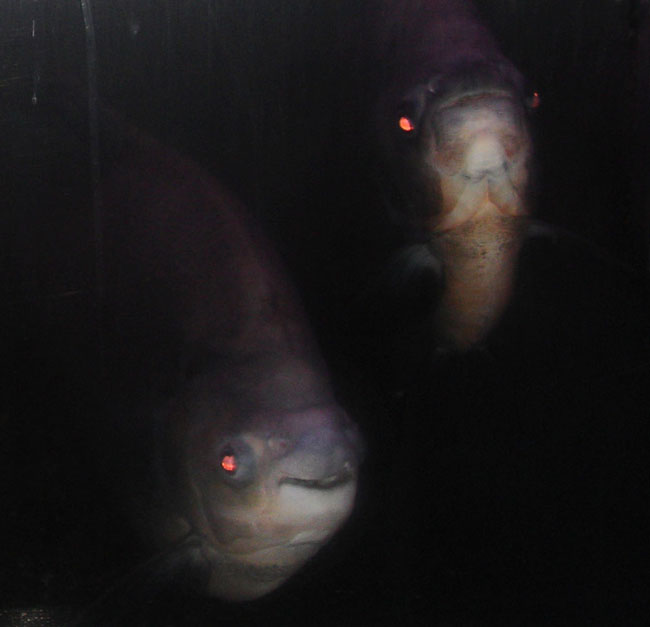 The store is only a few blocks from Hidden City Festival 2013 site Shivtei Yeshuron-Ezras Israel. The immigrant Jewish community it opened to serve in 1909 has largely been replaced by Asian and Mexican immigrant communities. But remnants of old Jewish South Philadelphia can still be found, at Shivtei and in the “Tony & Sam’s Kosher & Gentile Killing” sign, only recently removed from the corner store at 7th & Dickinson. That shop is now an Asian poultry butcher shop.

Most of Tham’s customers are Asian fish hobbyists. School groups tend to stop by, too. When I asked him why people collect fish, he explained how relaxing it is, that it reduces stress. “A lot go home and watch the fish for hours,” he says. 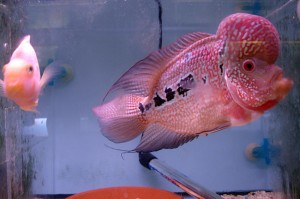 Giant Aquarium is the only fully dedicated store for fish hobbyists in the central city. There are variety pet stores that sell fish, but nothing like Tham’s array of colorful, exotic fish, large and small, and sometimes expensive. That last part worries him. “If the economy is bad, hobby is first to suffer,” he notes.

On top of general concern for the economy, Tham is concerned about the impact of the City’s Actual Value Initiative, and he is pressured by other forces. “Shipping is killing us,” he explains, indicating that its regulation and health inspections have ramped up considerably in recent years. He has to go to the airport personally to pick up his fish orders, all with the proper documentation. Yet, he refuses to price himself out of business. When, for example, he sells a fish tank, he takes no profit, making his money on the fish that populate the tank.

He mentions that it is not uncommon for people of greater means to spend $100,000 on a single fish. One Saudi king, Tham says, owns a million dollar fish. Though at that outscaled price point, it’s clearly more about displaying crazy wealth than demonstrating a love of fish. Tham is happy to sell you a fish for a dollar.

The passion for exotic fish remains his drive. “I just like them,” he says of his fish. “I would be long gone if it was just about the money.” 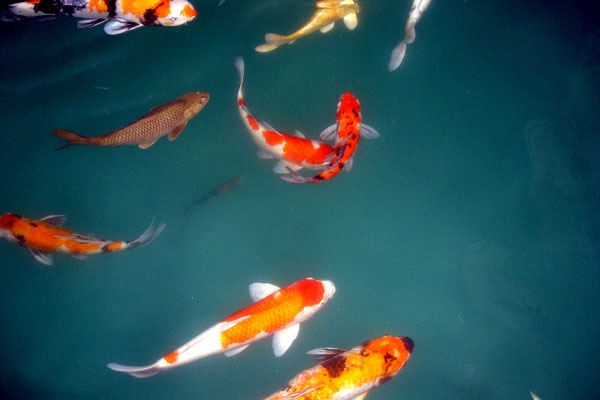