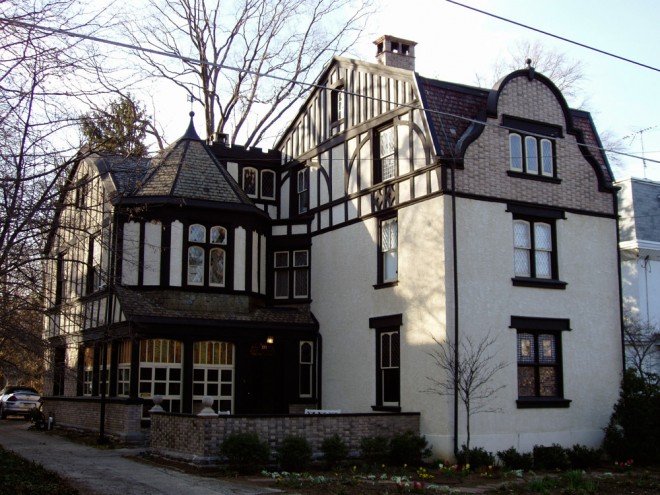 Editor’s Note: This is the third in a series of articles about buildings nominated to the Philadelphia Register of Historic Places. The Philadelphia Historical Commission meets tomorrow, Friday, June 14, in room 18-029 at 1515 Arch Street (also known as the One Parkway Building) to vote on the designations. The meeting is open to the public.

The house at 125 West Walnut Lane in the Tulpehocken section of Germantown was redesigned and reconstructed by the noted late 19th century architect George T. Pearson. Not only is the house’s Queen Anne façade his invention, it’s the place that he called home for much of his life. And in preservation circles, it bears his name: the George T. Pearson House.

Now the Philadelphia Historical Commission will consider adding the Pearson House, nominated by the Commission’s staff, to the Philadelphia Register of Historic Places at its monthly meeting on Friday. But not all are enthusiastic about its being listed. In fact, the house’s present owners fear designation will imperil their own stewardship of the property. 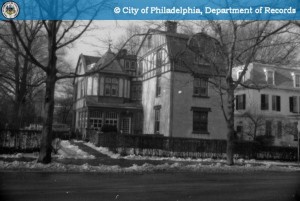 The owner, attorney Peter Commons, called the designation “fundamentally unfair” when he appeared before the Committee on Historic Designation on May 29.

Commons, 34, and his wife, Katherine, a law student, purchased the house, which he called “my hobby and my life’s work,” in 2008. He considers himself fully invested in the house and the neighborhood. An East Falls native, Commons works in his family law firm housed in another property he owns on Germantown Avenue, and also sits on the board of the Mt. Airy Business Improvement District.

Local designation requires the Historical Commission to review and approve any additions or alterations to the exterior of a property. That regulatory power is something that Commons says he’s experienced before and can’t afford to again. He claims that he could lose his mortgage if the lender determines that designation hurts the value of his home.

“You are not doing a favor to the community” by designating homes in neighborhoods with moderate-income residents like Germantown, Commons told the committee. “You’re jeopardizing it.”

However, PHC executive director Jonathan Farnham said that concerns about devaluation are often misplaced, and was unaware of any lender calling a mortgage because of an historic listing. He advised the designation committee to stick to the technical merits of the nomination, which it ultimately did, voting unanimously to recommend designation after a lively half-hour of debate.

George T. Pearson’s style represents “a particular kind of peculiarity” of the era, said Jeffrey Cohen, a professor of architectural history at Bryn Mawr College. The three-story house’s stucco and half-timber façade is actually an 1893 alteration of a home built in the 1850s. “He made what were structurally superficial changes that transformed [the house] completely,” Cohen said.

Commons took issue with the physical description of his house in the nomination and said it was riddled with errors. He pointed out, for example, that the stucco was textured, not smooth, and the half-timber was not a structural component of the house but only part of the façade. He further claimed that the house they were looking at wasn’t Pearson’s but his own “sweat and blood,” which had improved the poor quality of maintenance of the last owners.

The committee agreed that the errors in the nomination should be corrected, but held fast to the understanding that the house’s connection to Pearson was significant.

Born in Trenton, NJ, Pearson (1847-1920) worked in the firms of Philadelphia architects Addison Hutton and John McArthur, Jr. before establishing his own practice in 1880. Hundreds of homes in Northwest Philadelphia, built for the city’s thriving upper classes, exhibit Pearson’s eclectic Victorian taste. Hatmaker John B. Stetson was one of his most visible patrons and clients.

Pearson “favored dramatically posed asymmetries, surprising curves and angles, patterns in brick colors, windows of insistently contrasting forms, and a remarkable willingness to combine varied historical languages, often all in a single building,” Cohen wrote in 2006, the year that another Pearson mansion, known as Red Gate, was demolished despite public outcry by Philadelphia University. 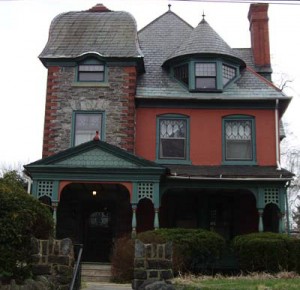 Two other Pearson projects are in the pool of 15 nominations being considered tomorrow: The Flavell family residence, also nominated by PHC staff, and the Happy Hollow Playground Recreation Center. (For more on that nomination, click HERE.) Located at 5340 Greene Street in the Penn Knox neighborhood, the Flavell House was also given a makeover by Pearson, around 1887. The house was the residence of John Flavell, the owner of a hosiery mill that operated on Church Lane.

Commons admits he’s not an architectural expert, nor does he intend to make ambitious alterations to his house. His chief objection boils down to what he views as a regulatory process that stymies the good intentions of honest homeowners.

“I purchased a property with the understanding that I think every homeowner has, that I would be able to make improvements to it at my discretion without being subjected to stylistic oversight,” he told Hidden City.

Before buying the house, he says he deliberately checked with the Historical Commission to make sure it wasn’t listed. He did not want to repeat the experience of his Germantown Avenue office, which he purchased while in law school without realizing that it had been listed on the Philadelphia Register.

After the purchase, the Historical Commission notified him that his vinyl windows, installed by a previous owner, were illegal. The skirmish over replacing the windows with more expensive but historically appropriate ones “nearly ended my law school career,” Commons told the designation committee.

The Historical Commission strives to educate homeowners on the nature of its oversight, noting that homes are already regulated for safety and sanitary purposes that few consider intrusive. Nevertheless, conflicts with homeowners do arise. At the Commission’s meeting in May, the owners of a house in the Girard Estate Historic District pleaded for leniency after staff denied their application to replace an original wooden porch railing with a cheaper metal one. Ultimately, the Commission reached a compromise with the owners on a less expensive cedar railing.

Fears of designation came to the forefront last year when the proposed Overbrook Farms Historic District, in West Philadelphia, divided residents for and against. The Commission moved to table that nomination, and has yet to return to it.

The owner of the Flavell House, Carol Schramek, who maintains it as a rental property, said she was unaware of the pending designation, and confessed an unfamiliarity with the Commission’s oversight.

Schramek has owned the house for over 25 years and also manages three other Victorian-era homes in Germantown that she bought with her husband, who is now deceased. When contacted about the nomination, she claimed not to have received the Historical Commission’s letter of notification, which spells out an historic property owner’s rights and responsibilities, and said she would be contacting them before Friday’s meeting for additional information.

“I would need to look it over to understand how this affects me,” Schramek, 61, said when reached at her home in Erdenheim, Montgomery County. Her biggest concern was the house’s slate roofing, which had long ago been replaced with cheaper substitutes and could need more work in the near future. Apart from that, however, “In general I’m enthused about historic preservation,” she said. “It’s one of the main reasons we bought in Germantown.” 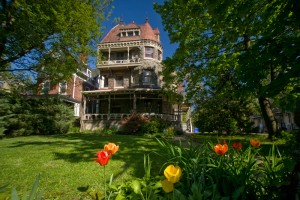 Another house that Schramek owns, 264 West Walnut Lane, is already on the local register.

Peter Commons will make his plea again tomorrow before the full Commission. Unlike the Committee on Historic Designation, the Commission has the ability to table nominations. He says he would like to reach a compromise, which he offered to Jonathan Farnham, that protects the house but doesn’t dictate his choice of materials for maintenance. (Farnham declined to discuss the terms of Commons’ proposal before the meeting.) His personal conflict is one that threatens to repeat itself with other cases of designation, Commons said.

“If this process becomes adversarial with property owners instead of collaborative,” he warned, “there’s a lot of risk.”

Advocates for Pearson, such as Jeffrey Cohen, don’t believe that homeowner objections should stand in the way of the positive aspects of designation for Philadelphia’s architectural heritage. He commended Commons on his upkeep and respect for Pearson’s design, but added, “If you’re saying, ‘Trust me’–as a scalable approach, I don’t think that’s the best way to do historic preservation.”