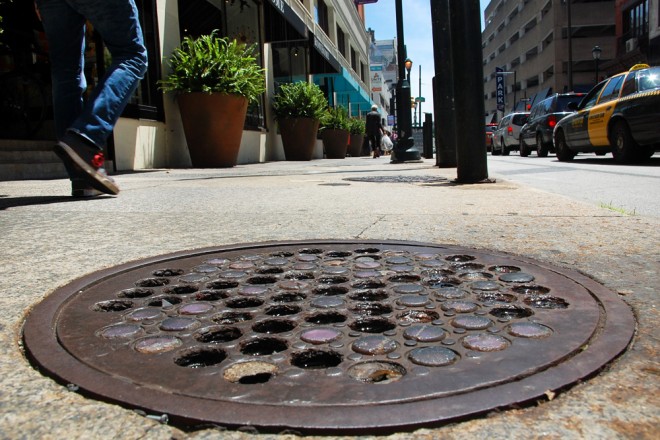 Get low to get down with vault lights | Photo: Sam Robinson

Did you know: Many sidewalks in the older parts of our city are hollow, covering over basement “vaults” which extend out as far as the curb. When originally constructed in the 1800s, getting light into these spaces was difficult, and potentially dangerous, with every oil and gas lamp increasing the likelihood of fire and ruin. With typical nineteenth century ingenuity, a solution was crafted out of metal and glass, and “vault lights,” which brought sunlight below ground via a series of “thick glass discs set within iron grilles” became widespread downtown. Today, most of these beauties have been removed, casualties of electric lighting and the wages of time. Nonetheless, if you know where to look, a few resilient soldiers continue to dot our sidewalks, the last few windows on a subterranean cityscape of yesteryear. 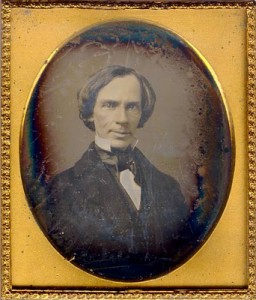 Vault lights were patented in 1845 by the eccentric inventor and abolitionist Thaddeus Hyatt, who improved on impractical earlier designs featuring a single fragile pane by substituting “a considerable number of small glasses, or lenses, which are set into the iron cover, as effectually to defend them from injury by the falling or pressure of weighty bodies upon them.”

Hyatt’s invention, initially referred to as “Hyatt Patent Lights,” featured dozens of round glass pieces laid out in a honeycomb pattern embedded in a circular cast iron frame. Each inch and a half diameter glass piece was flat on its upward facing side, but convex on its bottom to facilitate dispersal of light into the chamber below. The frames, which were flush with the sidewalk stone, featured small metal nubs, set “a trifle higher” than the lenses to protect the glass from being scuffed or smashed by pedestrians.

The lights were marketed to building owners as a way to illuminate previously unusable basement space cheaply and safely, without resorting to gas or kerosene lamps with their attendant fumes and risk of fire. Through the second half of the nineteenth century and first few decades of the twentieth, vault lights came into widespread use in Philadelphia and other large cities. Old photographs show a plethora of vault lights of various descriptions gracing the footways of the downtown area. Dozens of companies manufactured vault lights, including at least seven in Philadelphia. Other contractors advertised their services installing lights built elsewhere. 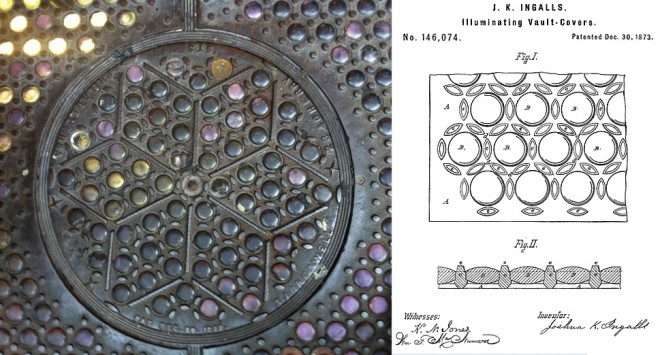 Over the years, hundreds of inventors registered small improvements to Hyatt’s patent, including complex ventilation systems, mechanisms for raising and lowering the plates, complicated mirror systems, and eventually prismatic pendants, sometimes known as saw-tooth pendants due to their jagged appearance. Light hitting the flat top of these prisms is reflected and refracted by an angled bottom side to redirect light into the dark recesses of the vaults. This same principle had been used for many years on ships to bring light below deck, but took some time to be adapted to use in vault lights. 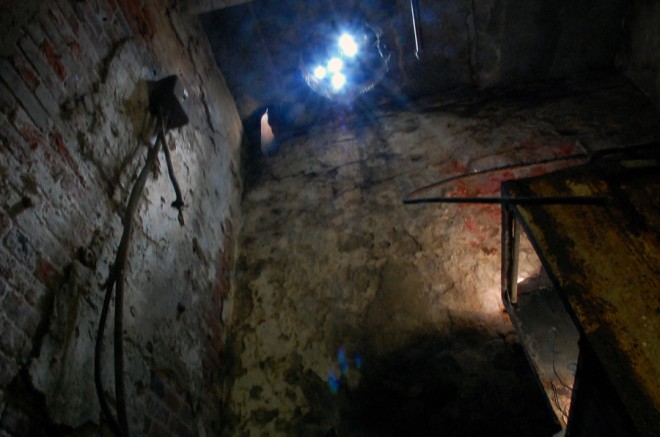 The light from only five glass discs under the White Building’s sidewalk is subtle and soft; dozens more in past years added diffused natural light to underground spaces | Photo: Sam Robinson 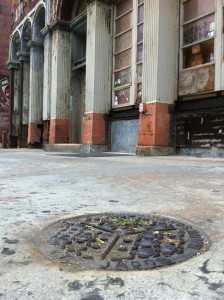 Abandoned treasures above and below on the 200 block of Chestnut | Photo: Sam Robinson

By the turn of the century, larger vault lights were being produced, at first by setting many small lenses into long rectangular steel frames which could be embedded along the full frontage of buildings, and later by setting square glass blocks in Portland cement, which improved durability and waterproofing. These blocks were the ancestors of the structural glass that led so many architects so horribly astray in the 1980s, a legacy one can only imagine vault lights everywhere carry with shame.

Cheap reliable electric lighting was ultimately the death knell for vault lights. Beginning in the 1880s, electric lighting spread throughout the city, making it possible to light basements inexpensively and without fear of fire. With little practical purpose remaining, vault lights throughout the city were either removed when sidewalks were repaved with concrete, or replaced with boring metal covers that didn’t leak or require maintenance.

To get an idea of how common vault lights once were, walk north on Third Street from Market. This is one of few streets in Old City with much of its original stone paving intact. In front of most every storefront there is a round or hexagonal hole now covered over with a metal plate, which likely used to hold a vault light. Then, by the Corn Exchange Bank building at 3rd and Cherry there’s an original vault light, albeit missing all its glass. This vault light was manufactured by one of the Philadelphia companies, the S.J Creswell Ironworks. That company’s long closed foundry building can still be seen at 23rd and Cherry, sadly with not a vault light to be seen around it. 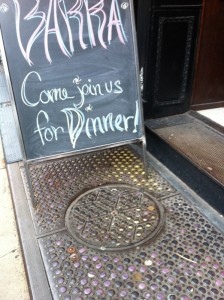 Come for the vault lights, stay for the gabagool | Photo: Sam Robinson

There are several other vault lights remaining in Old City, with several examples on the north side of the Third and Chestnut block, including a particularly large and well preserved rectangular array which forms the front step of the restaurant Barra. The purple prisms of this and many old vault lights were originally clear, but have changed color over time, the result of manganese added as a decolorizer slowly turning purple from years of UV exposure.

Elsewhere in the city, fewer original stone sidewalks have escaped the repaver’s trowel, so it’s difficult to know just how prevalent vault lights were in other areas. The best examples I’ve found are probably a row of five lights, with varying numbers of prisms remaining, outside the White Building at 12th and Chestnut. These were manufactured by another Philadelphia firm, the Stewart & Stevens Iron Works of 9th and Montgomery. Further west, there is a solitary vault light on the north side of Pine near 16th, and a handsome set south of Spruce on 22nd, demonstrating that the lights were not exclusive to commercial areas, but were installed at private homes as well. 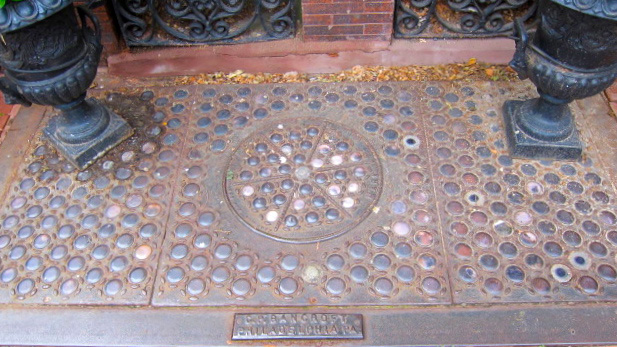 On 22nd Street near Spruce, a layer of age covers a handsome set of locally made vault lights | Photo: Sam Robinson

With so few vault lights left, it can only be hoped that the City and adjacent property owners will recognize the value of preserving those that remain during future sidewalk reconstructions. Replacement glass lenses are still manufactured by a few specialized glass companies, and restoration of the smaller remaining vault lights requires only that the plates be cleaned and repainted, so that new glass can be set with a waterproof epoxy.

Know where to find a vault light in the city? Leave a comment below, we’d love to check it out.