One person has been confirmed dead. Two more are possibly still in the rubble.

Hidden City writer Christopher Mote reports: “The building that held Hoagie City and the two adult entertainment venues immediately to the east, Les Gals and the Book Bin II, were all slated for demolition back in February.The Book Bin and Les Gals started coming down in April. All three properties are owned by Richard Basciano, who owns all of the properties on the south side of the 2100 block of Market except for the Salvation Army building and the fire station. He also owns the site of the Forum Theatre on the 2200 block, which was also demolished in February.” 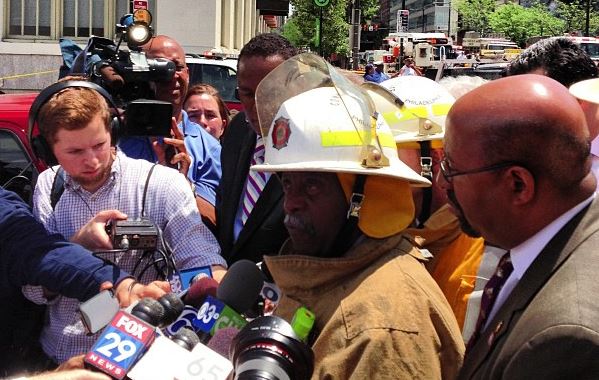 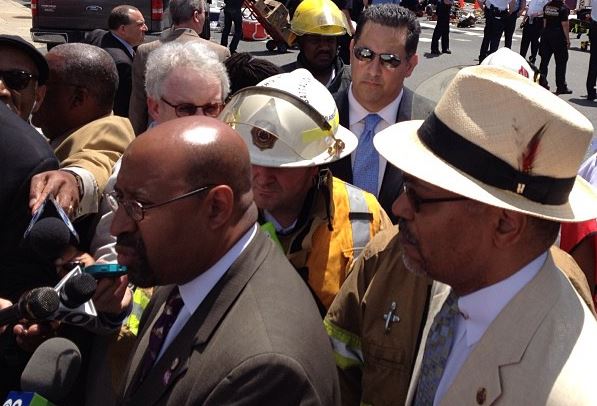 Mayor Nutter says 12 people have been transported to hospitals. Closed off area for the afternoon between Walnut & the Parkway, 18th & Schuylkill River. Salvation Army thrift store was open while active demolition was going on at Hoagie City. Griffin Campbell appears to be the demolition contractor.

Rescue workers are carefully clearing debris in case any other people are trapped. 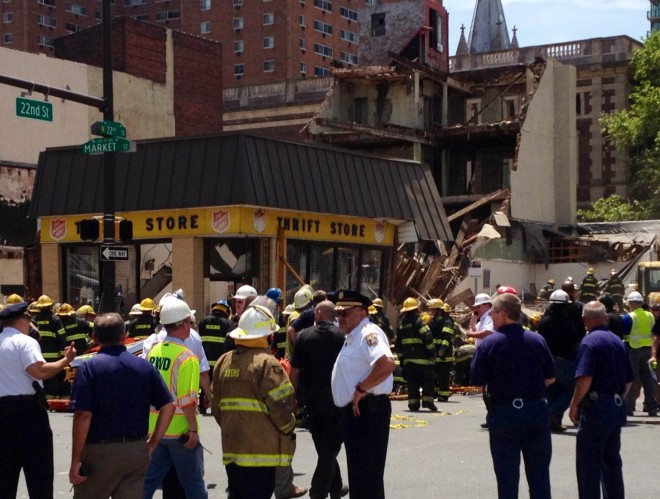 Police Chief Charles Ramsey and fire Commissioner Lloyd Ayers are now on the scene; rescue efforts have slowed. Workers are chainsawing through floor boards of the collapsed building. Representatives of the Red Cross are here with water and workers from Trader Joe’s across the streets have brought over a crate of bananas for the crews working. 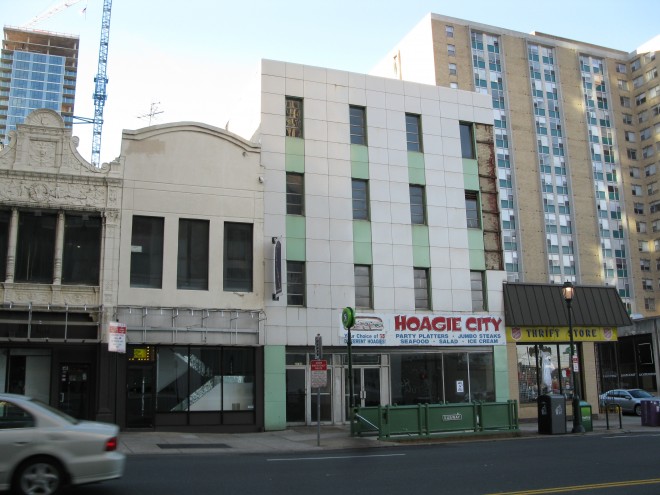 The 2100 block of Market Street before demolition | Photo: Howard Haas 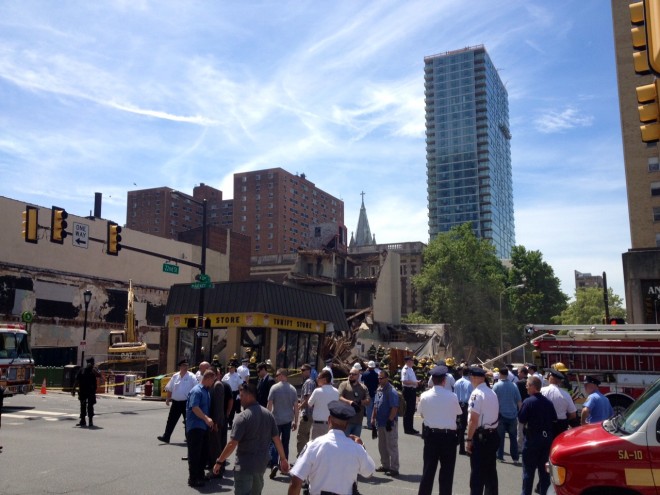 There are about five ambulances waiting and people digging through the rubble. It’s not clear yet if the people trapped were shopping in the thrift store or workers involved in the demolition.

A gurney appears now to be pulling someone from the rubble.

The collapse blew out the front windows of the Salvation Army Store; glass is scattered on Market Street. 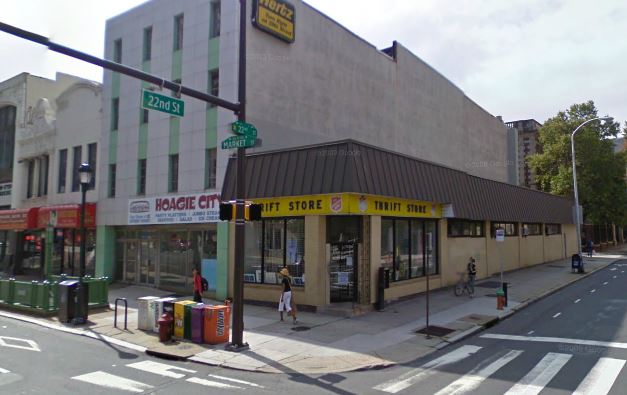 The Salvation Army thrift store at 22nd and Market has collapsed, trapping some 10 people inside, some part of a demolition crew and some shopping at the thrift store. First responders were on the scene almost immediately.

Hidden City will have further information as the story develops.