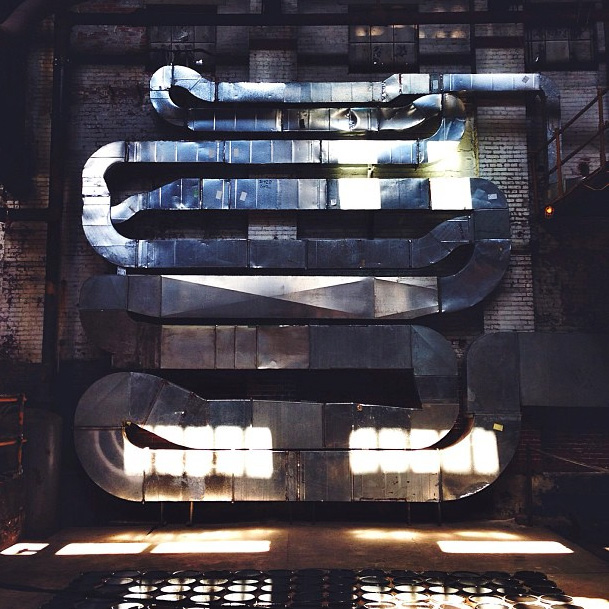 Erica Brus! As Instagrammer @ejbrus, she nearly took first place unanimously. Four of the five judges, consisting of the editors and moderators of the Hidden City Daily and @igers_philly Instagram account, selected @ejbrus photos as their #1 choice in the #igers_philly_hiddencity contest. 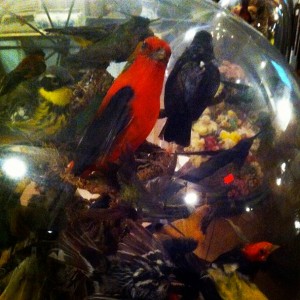 The photo above, of the Dufala Brothers’ Oil & Water installation at Globe Dye Works, got two first place votes and a second place. Her photo of Ben Neiditz and Zach Webber’s treehouse with a plane coming in for landing at the Philadelphia International Airport garnered two votes, and one of a Pantone color card against the similarly colored rotunda at Germantown City Hall round out her victorious credentials. Congrats, Erica!

@elliebeee came in second for total votes, for her pics of avian taxidermy at the Historical Society of Frankford, the angled shape installation down the staircase at the entrance of Hawthorne Hall, and a wallpaper abstract at Shivtei Yeshuron.

Also receiving multiple votes was dan_o79‘s dramatic black and white photo of Globe Dye’s exterior. @moonbeam_lane had the other first place vote with her photo of the dredger McFarland on the Delaware River at Fort Mifflin, and she received votes for her photos at the Athenaeum and John Grass Woodturning Company. Rounding out the votes was @rvauser for her “Tomb Raider” photo at Fort Mifflin. 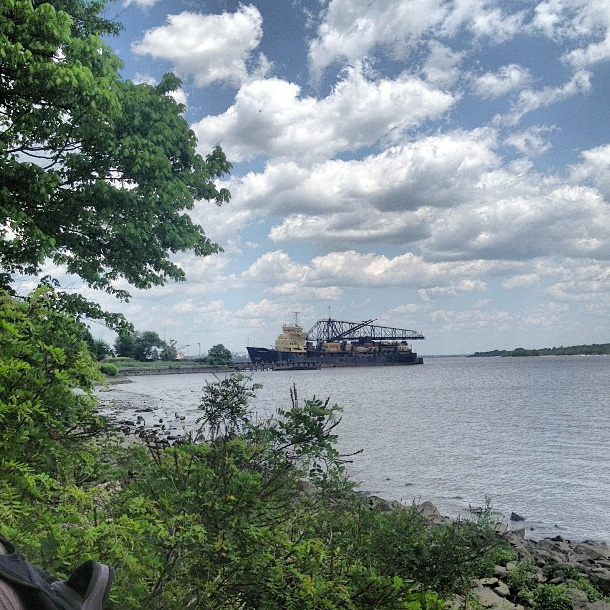 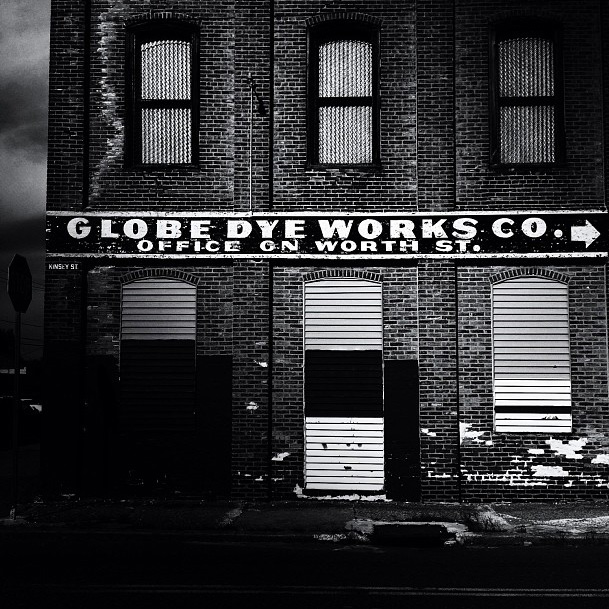 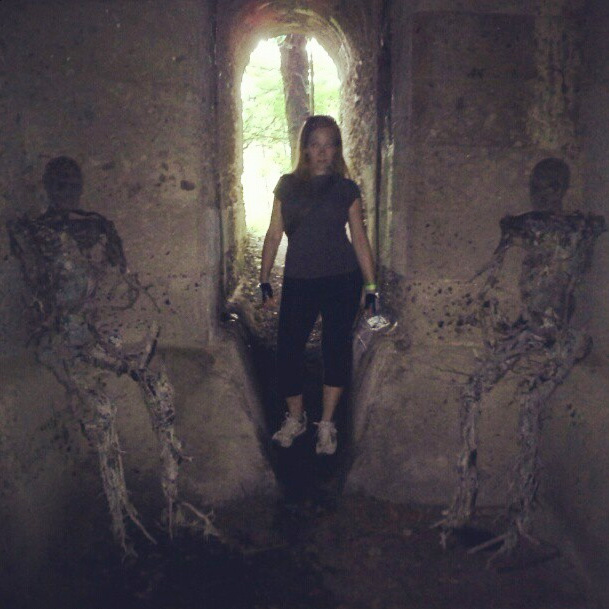 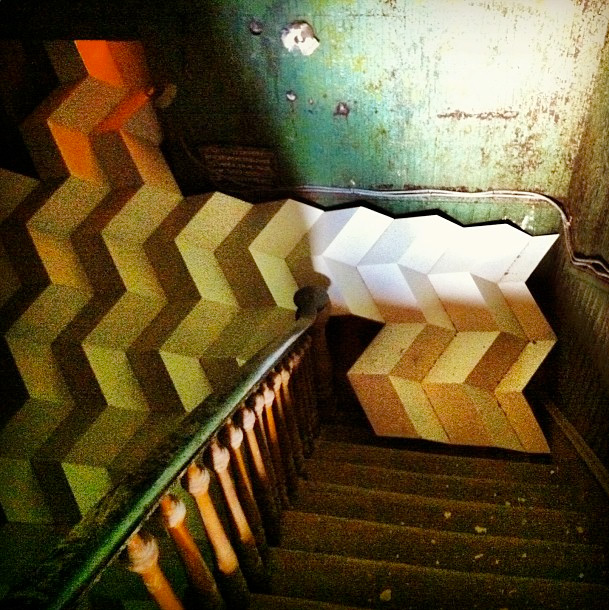 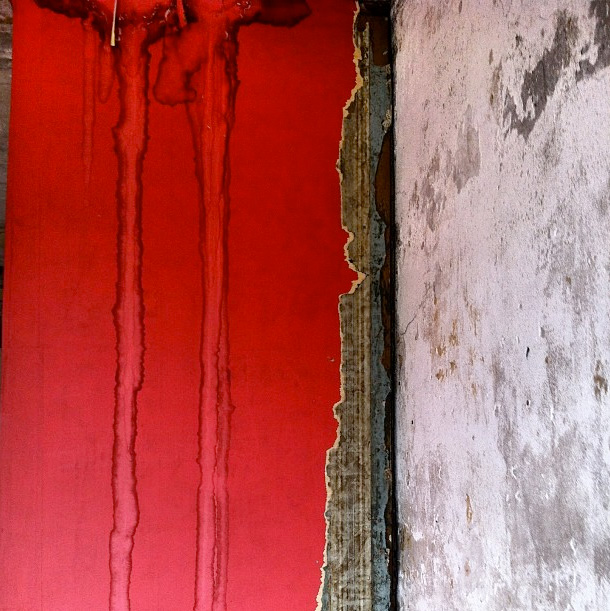 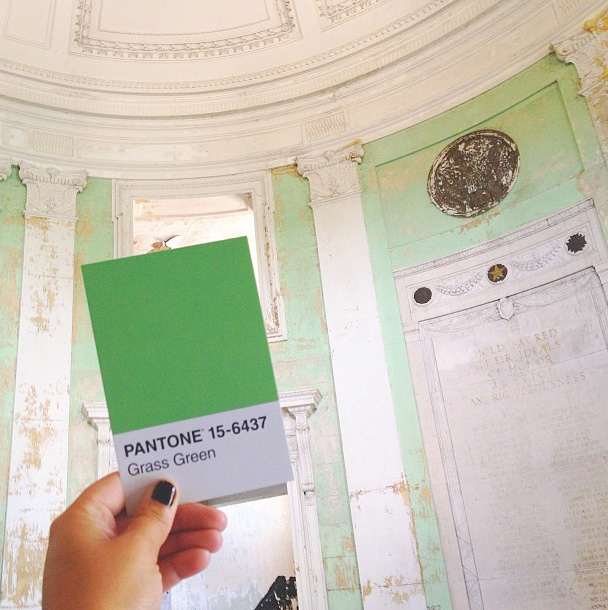 The contest resumes this Thursday, the penultimate weekend of the Hidden City Festival 2013. Be sure to take lots of photos at the various sites this weekend, and remember to use the hashtag #igers_philly_hiddencity. Next week’s winner will, like @ejbrus this week, receive a Day Pass to the festival, which gains you access to all nine sites. Then after the final weekend, a grand prize winner will receive membership to Hidden City Philadelphia (which incurs discounts to our tours and lectures and admission to members only events), a t-shirt, and a hardhat.

Check the Festival calendar HERE, and buy your pass in advance HERE.