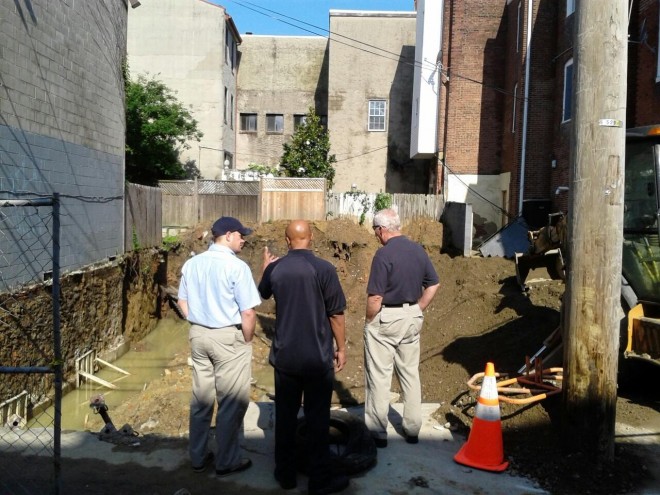 With folks on edge after the building collapse that took six lives last week, Bella Vista neighbors were understandably worried about what appeared to be a faulty excavation job at a construction site on Eighth Street below South. The excavation, combined with heavy rains last week, had brought down a fence that divided the property, 606 South Eighth Street, from its southern neighbor. The contractor had attempted to secure the other garden walls with steel supports.

Those gave this morning and the northern garden walls collapsed. But L&I officials called to the scene this morning saw nothing really amiss. The foundation of the neighboring property had been underpinned properly, they told me. Who would be liable for the collapse of the garden walls? They wouldn’t say. Was the site dangerous? No, the contractor had filled the collapse area with dirt. Was the contractor cited? No, the issue–even though it had extended over a week and hadn’t been properly attended to, even after the tragedy at 22nd and Market Streets–was caused by “an act of God.” 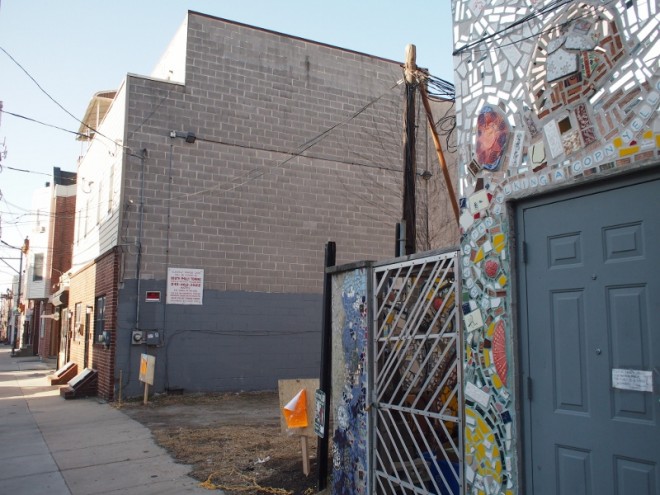 The site, it’s worth noting, was the subject of previous reports about the proliferation of curb cuts in new construction row houses in violation of the new Philadelphia zoning code. After our reports galvanized neighborhood opposition to allowing two additional private garages adjacent to busy South Street, the Zoning Board of Adjustment voted anyway to allow them.