A Kensington Press Asks, What’s The Future Of The Rustbelt? 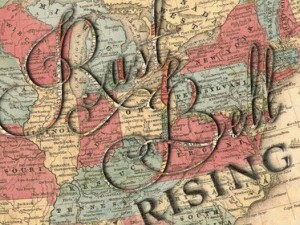 Tonight at 7:30, as part of the Author’s Event series put on by the Free Library, contributors to The Rust Belt Rising Almanac, put out last week by Kensington’s The Head & The Hand Press, will talk about issues bearing down on the direction of Rust Belt cities–Philadelphia, Buffalo, Detroit, and Cleveland, among others, are covered in the almanac–the way leftover urban spaces inspire creative response, and the revival of the almanac itself.

The Head & The Hand is a project of Hidden City Daily contributor Nic Esposito. The Rust Belt Rising Almanac, the press’s first book, is a collection of stories, photo essays, interviews, and reportage by, among others Technically Philly’s Christopher Wink, novelist Liz Moore, and photographer Jeffrey Stockbridge. They’ll be on hand with Esposito tonight before going on to events in Pittsburgh, Cleveland, and Detroit.

“Although we do think the rust belt is rising, hence the title, anyone who comes here knows that these cities are far from stable and life is far from normal,” says Esposito in an interview with Nathaniel Popkin on Philly.com. “There is still a lot of work to be done and we wanted to capture the nuance by presenting stories of revitalization right next to stories of degradation because both exist. I think Liz Moore said it best in the photo essay she did with Jeffrey Stockbridge when she said of our neighborhood, ‘Kensington, while desperate in certain ways, is also thrilling. It’s brilliant. It’s alive and dead at once’.” For the rest of Nathaniel Popkin’s interview with Esposito, click HERE.