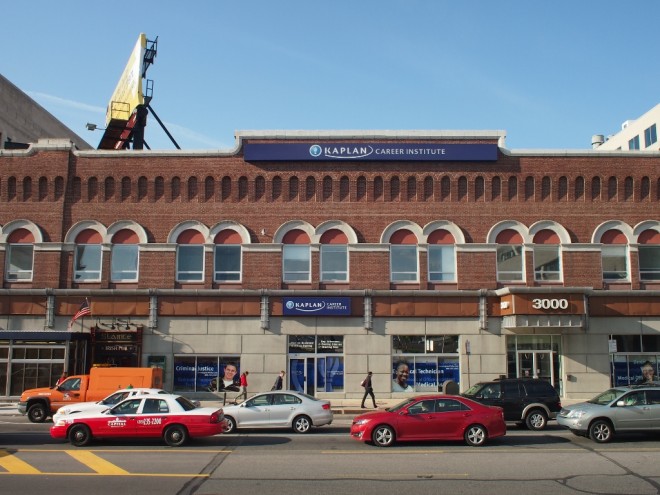 In the early 20th Century, long before anyone had thought the area around 30th and Market could house an “innovation neighborhood” or a porch with candy-colored furniture or starchitect towers, long even before the G.I. Bill and Urban Renewal began the transformation of Penn and Drexel, the blocks closest to the Schuylkill in West Philadelphia were an awful, awful place—an industrial wasteland forging a horrific barrier between two Philadelphias. The stench of iron works, lead works, coal yards, and varnishmakers blended with the aroma from acres of cattle and hog pens to create a sprawling patch of hell.

At the center of the cauldron: the D.B. Martin Company, one of the largest meatpacking concerns east of Chicago. Having begun in 1876 as an oleo oil, stearine, and beef tallow maker in Wilmington, Delaware, the company was large enough to expand in just six years. Their first expansion, naturally, was to Philadelphia. By the time D.B. Martin, the company’s creator and namesake, died on May 17th, 1904, the company was running multiple slaughterhouses, cold storage plants, and rendering operations in Wilmington, Philadelphia, Baltimore, Montreal, and Toronto from their suite of offices in the Land Title Building on Broad Street. 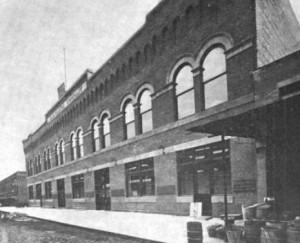 In 1906, the company’s leadership, including D.B. Martin’s descendants, wanted to grow the already gigantic organization. They bought out other Philadelphia-based meatpacking companies and laid the groundwork for plans of an all-in-one slaughterhouse/rendering/cold storage/stock pen/world headquarters—all stuffed into one building. And it couldn’t be just any old building. This new flagship would employ the latest technologies and serve as a benchmark for the industry. For this, they hired the industrial architect C.B. Comstock of Pittsburgh. Comstock’s design would not facilitate a super-efficient workspace, but however be pleasing the to the both the nose and the eye.

The result, built by the Metzger and Wells Company, was a $1 million work of genius. Behind a 2.5 story facade of limestone, terra cotta, and high-fire brick facing both 30th and Market Streets laid a 4.5 story (counting the basement and first floor that stood on the lower grade under 30th and Market) steel frame, reinforced concrete, fireproof fortress. The asphalt-floored killing room was on the second floor. Here, 2,000 cattle a week turned to meat. Cattle parts were dropped into chutes leading to different areas of the building. Meat fed into the cold storage rooms on the first floor, while hides and fat fed into rendering and pickling rooms in the basement. Cattle waste went to the first floor. Moisture was separated out and the remainder made its way over the the loading docks to be shipped to one of the company’s many fertilizer plants.

Green Roof? No—Cow Roof! Five hundred head of cattle at a time would be held on the rooftop cow pens, right above the heads of the company’s executives, who worked out of the company’s offices, now headquartered on the third floor. When built, the plant was considered the top-of-the-line of the entire industry. The D.B. Martin Company prided itself on being the one of the most humane and sanitary organizations of its kind. In their new building, the company provided marble fixtured dressing rooms for workers. An office for the government inspector was adjacent to the killing floor. The company claimed that the building emitted no offensive odors, even with 500 cows on the roof.

The year after the wondrous new plant was built, 1908, was the height of the D.B. Martin Company empire. By this point, their reach stretched to Richmond, Jersey City, Trenton, and Boston. The company processed 5,000 cattle, 10,000 hogs, 8,000 sheep, and 5,000 calves per week. However, the success didn’t last. In the decade that followed, D.B. Martin sold off many branches in other cities, leaving only five plants in Philadelphia and a few rendering and fertilizer locations in Baltimore, Trenton, and Wilmington. 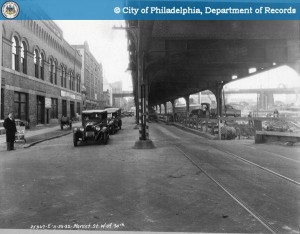 In 1920, D.B. Martin was absorbed by Chicago’s Wilson and Company. While Wilson and Company paid the $2.559 million mortgage over the next fifteen years, the firm would be known as the Wilson-Martin Company. By the time this mortgage was fully paid off in 1930, the newly altered plant at 30th and Market was being used by the Wilson Company exclusively for the production and distribution of “curled hair,” upholstery filler made from the tails and fur of horses, cows, and hogs. Since this work did not require the facilities of the entire building, Wilson leased space to other companies such as the J.G. Haldeman Poultry Company and J. Eavenson and Sons, makers of Truxo Auto Soap.

It was around this time that the first wave of renewal began to transform the smelly industrial landscape. All the blocks between the building and the Schuylkill River were cleared to make way for the new 30th Street Station and the Philadelphia General Post Office, the first portions of construction in what was planned as a new business district that never developed as such. The location of the D.B. Martin building, catercorner to the new 30th Street Station, was destined to be part of this renewal. Early renderings show a mid-rise office building replacing the D.B. Martin HQ.

In 1956, having long survived the threat of demolition, the building was altered again as it became the Atlantic Division Headquarters of A & P Supermarkets. Around this time, a huge billboard, still visible on the roof of the northeastern corner of the building, was mounted. A & P stuck around through the 1960s and leased extra space in the building to Sani-Mist and the Xerox Corp. In the 1970s, the building was acquired by Strouse, Greenberg, and Company, a Philadelphia-based real estate firm that specialized in leasing offices and industrial spaces. At this point, the entire building became offices. They leased to the First Pennsylvania Bank, Thompson Institute, and the Philadelphia Journal. 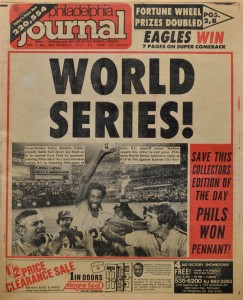 Cover of the Philadelphia Journal celebrating the Phillies winning the pennant in 1980.

The short-lived Philadelphia Journal was a tabloid that ran out of the old D.B. Martin Company HQ for its entire existence, 1977-1981. It is likely that they located here to be close to the Evening Bulletin, whose headquarters across the street was part of a 1950s renewal of the neighborhood that also didn’t quite pan out as planned. The Philadelphia Journal was a tabloid with a circulation of 105,000 that sensationalized local news and dedicated 25 pages out of every 60 page edition to sports. It was an American off-shoot of Le Journal de Montréal and was intended to be the first of many in the US.

The Thompson Institute of Philadelphia expanded further into the structure and became the primary tenant by the time the current owner purchased the building, which had by this point combined with 3016 Market, for $816,936 in 1994. Thompson Institute has recently become the Kaplan Career Institute and still dominates of the old D.B Martin Building with its Philadelphia location. Since 2007, Slainte Pub and Grill has occupied the retail space, which has been different restaurants since the 1950s.

Though the street level part of the facade has been heavily altered, the upper part still has the same limestone, terra cotta, and high-fire brick as when the El rumbled down this part of Market Street. Today, the neighborhood is in the midst of yet another renewal. A slurry of offices, residents, and college buildings are on their way. With any luck, old D.B. Martin will make it through yet again.