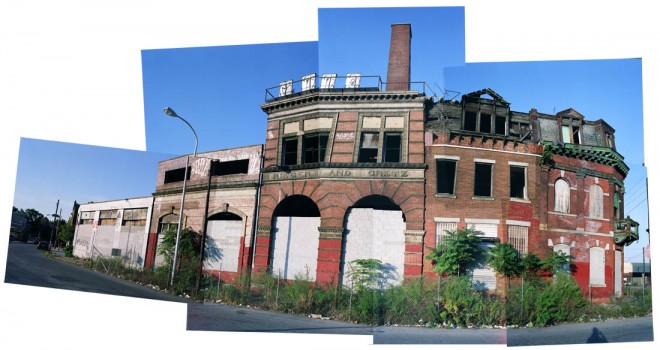 The City’s Department of Licenses & Inspections has approved a permit for partial demolition of one of the oldest buildings of the former Rieger and Gretz Brewery in South Kensington.

The permit was issued to address the building at the corner of Germantown Avenue and Oxford Street whose facade and mansard roof are collapsing. The building, originally in use as a tavern, shares its façade with a bottling house that was later constructed next to it on Oxford. Several other locations of the brewery have been flagged for bulging walls and missing bricks, including the taller buildings on Lawrence Street that were originally built as beer cellars. 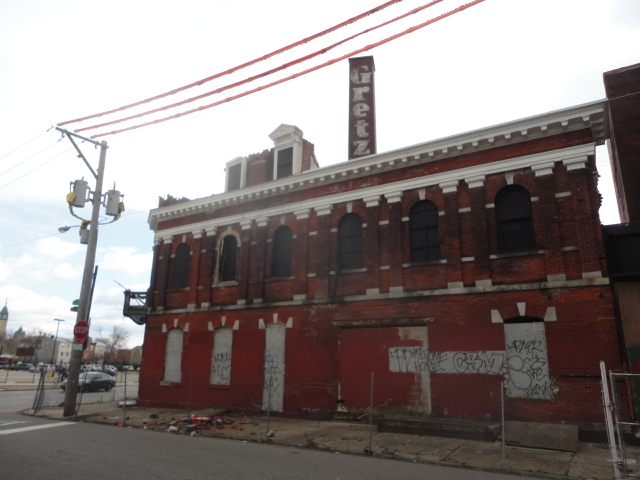 Real estate developer Tony Rufo, who owns the Gretz property, agreed to address the outstanding violations before the L&I Review Board last month. According to the permit, Rufo is to “demolish and remove” the existing second and third floor façade at Germantown and Oxford “as necessary to make safe.” L&I will then reassess the property, giving Rufo 45 days to present a development plan or potentially face fines for outstanding violations.

Begun in 1885, Gretz is one of Philadelphia’s oldest remaining brewery complexes and is on the Preservation Alliance for Greater Philadelphia’s 2012 list of endangered properties.