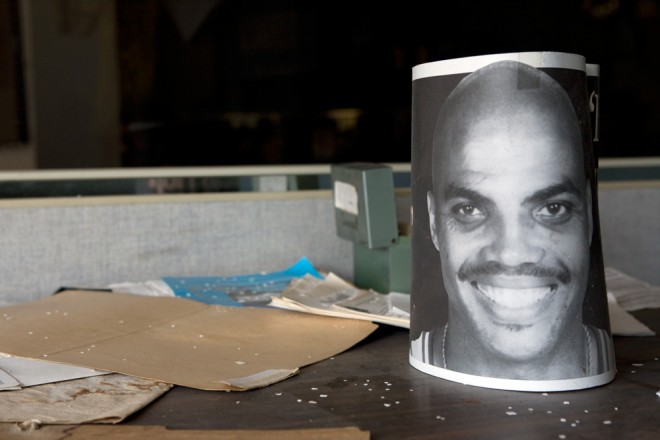 With the Philadelphia School Reform Commission’s March decision to close Germantown High School (among 22 others), it spelled the sad end for a major landmark on the corridor of major landmarks. The historic school, designed by Henry Decourcey Richards, opened in 1914 and nearly doubled in size with the modernist addition in the 1950s. While a public discourse continues to determine its future, as of now, it looks like the giant building will be mothballed until that future is indeed determined. Which is a shame, as right across Germantown Avenue stands an already mothballed giant building, Germantown Town Hall.

Vacant since 1997, the awkwardly named Germantown Town Hall technically never served as one; despite its neoclassical appearance, it opened well past the City’s Consolidation Act of 1854, before which Germantown certainly would have needed a town hall. In fact, it had one. Just before the consolidation, the Napoleon LeBrun-designed Old Town Hall opened to serve that function. In 1920, then structurally unsound, it was demolished by the City with a plan for a new building.

That building, designed by John Penn Brock Sinkler, draws heavily from William Strickland’s 1832 Merchants Exchange Building (at 3rd & Dock Streets in Old City), recalling its rounded Greek columns while adding a sizable, memorable clock tower. It opened in 1925. Existing under the auspices of the City, Germantown Town Hall provided various municipal services until the Mayor’s Office of Community Services moved out 16 years ago.

Now, the Hidden City Festival 2013 opens the padlock. In collaboration with Germantown-based ‘Think Tank that has yet to be named’, Oakland artist Jacob Wick and Information Department will grow the town into a city, with Germantown City Hall.

The Germantown City Hall installation will, at least temporarily, enliven the Town Hall with services it might have once hosted. A performance and meeting area, a reading room/lending library, and an office/copy center are among the spaces imagined for the building, and citizens are encouraged to schedule and host events, performances, workshops—anything that requires an imagination and a space to bring it to life. In tribute to the locals who’ve wondered about the building, access will be free to all Germantown residents.

To learn more about Germantown Town Hall, see HERE. For more information on (and to contribute to) the Germantown City Hall project, visit the project page HERE. And to purchase tickets to this and other sites, click HERE. Discounts are available for Hidden City members.

To preview the space with a brief photo essay, click any of the images below.