Leaning And Loafing At Ease In Old City 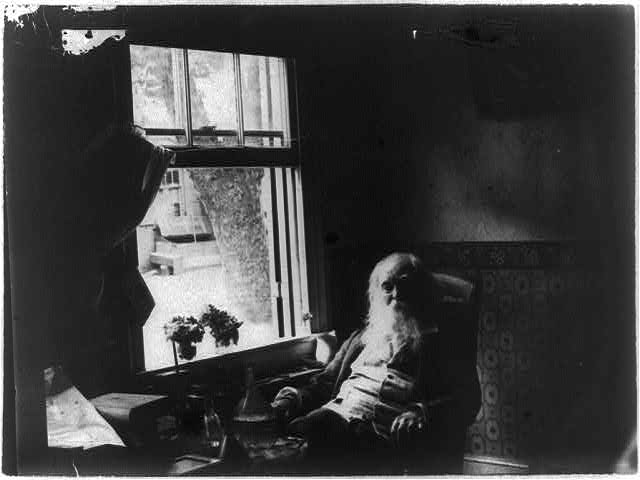 This was before the nude photos. Photo of Walt Whitman in Camden by Thomas Eakins | Image: Library of Congress

This week marks the 194th birthday of the Good Gray Poet for whom our region’s most trafficked bridge is named, and some of his biggest fans are celebrating. With Literary Mixtape: Walt Whitman, Philebrity is foreshadowing the 215 Festival it curates and celebrating the vaunted weird beard with readings by editor Joey Sweeney, as well as Allen Crawford and recent repatriate Erik Bader.

This evening, Bader officially brings his Literary Mixtape brand to Philadelphia after four years of successful events in Portland, Oregon. “LitMix,” Bader explains, “is like a literary show-and-tell, or a DJ night with books instead of records.” Rather than reading from their own books or works in progress, writers read passages from their favorite writers and books, or in this case, the foremost American poet, Walt Whitman.

Walt’s had himself a good run in early 2013. Collingswood native Evan Roskos’ first novel, Dr. Bird’s Advice for Sad Poets, was published earlier this year, and its central character James deals with struggles and an abusive father with an optimism learned from Whitman, his favorite poet. Roskos’ fellow South Jersey gentleman Allen Crawford, a.k.a. Lord Whimsy, is currently working on Whitman Illuminated: Song of Myself, an illustrated book interpreting the works of Whitman.

Whitman isn’t the only quintessential American poet with a party this week. In conjunction with Ruth Scott Blackson’s Through the Pale Door installation for the Hidden City Festival, Edward G. Pettit—the Philly Poe Guy—will speak on Poe’s legacy in Philadelphia at the Athenaeum tomorrow. Admission is free with a Festival Pass, which can be purchased HERE.

Bader, who credits Whitman as “the first dude who made me want to put pen to paper,” anticipates this evening’s event to be the first of many in the Philadelphia incarnation of Literary Mixtape. “It pleases me to no end to be able to do this in my home-city of Philadelphia,” he says, “with two fellow writers who are basically the first two writers I ever even knew.”

Literary Mixtape: Walt Whitman is this evening at 7pm sharp, at Art In The Age of Mechanical Reproduction (116 North 3rd Street); Whitmanic cocktails will be served, courtesy of Art In The Age. For more info, see the event page HERE.