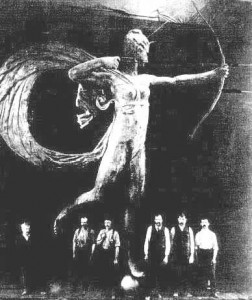 A 1891 photograph of Saint-Gauden’s first version of his “Diana” statue in the foundry. From Wikipedia.