Benediction At St. John The Evangelist 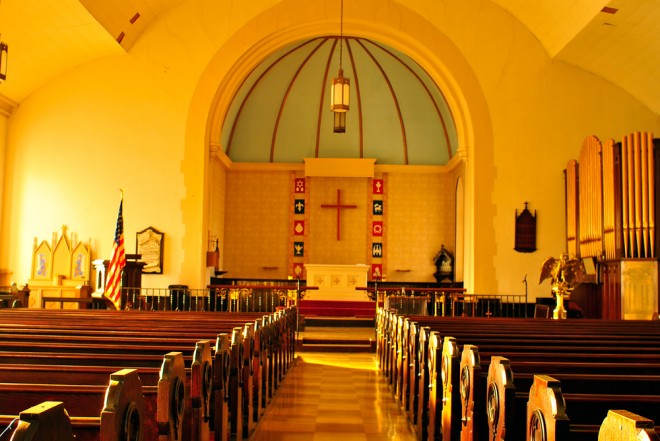 The golden glow in the late day sanctuary at St. John the Evangelist | Photo: Chris Dougherty

Editor’s Note: The Episcopal Church of St. John the Evangelist is being demolished, along with its rectory next door, to make way for 12 new townhouses by Harman Deutsch. The last of the salvaging is being handled today, and major demolition from a crane (to be installed Monday) and a claw will take place throughout next week.

Chris Dougherty, who operates the occasionally updated, always excellent Necessity For Ruins blog (and who tweets @NFR_PHL), took a tour of the church with friend and parishioner John Pettit in January, just before the church closed. John and his mother Joan wrote the following, their take on their experience, involvement, and the closing of St. John the Evangelist:

St. John the Evangelist Episcopal Church was a church with a soul, one recognizable to the congregation, various rectors, and many throughout the Pennsport community. The church was founded with a commitment to the Episcopal faith, social justice, and service to the surrounding community, commitments it maintained until its closure in December of 2012.

The congregation was founded in 1854 by two schoolteachers as the ‘Boone Street Mission,’ named after the sliver of a street just south of Reed Street, nestled between Front and Second Streets. As the church grew, the current structure was erected in 1867 on the Northwest corner of Third and Reed Streets. Since that time thousands passed through the doors of the ‘Spiritual Rock of Southwark’ for a multitude of reasons.

St. John’s maintained an open door to many social service organizations, community members in need of a space and even different faiths altogether. This flexibility allowed it to maintain a diversity that mirrored the fluctuations of the community surrounding it. In recent years it hosted Boy Scout and Girl Scout troops, a Philabundance food program, after-school activities, a child care center, Sizzlin’ Seniors, various 12-step groups and perhaps most notably, Camp GetAlong, a summer camp run by both church members and many who grew up as campers there. In addition to social services, it served others in the spiritual community, renting out space to Filipino Baptist worshippers and a joint ministry with the congregation of the Emmanuel Lutheran church, who worshipped side-by-side with St. John’s congregants until the last service on December 31st, 2012. 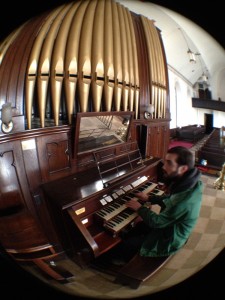 Although there was a decline in regular worshippers, that narrative dramatically sells short St. John’s continued value and role to the Pennsport community. Father John Kimball, who served as rector for many years, was fond of describing it broadly as “the place where you will be cared for.” As lifelong congregants and first-hand witnesses, we are among the generations in the community who agree wholeheartedly with Father Kimball’s observation.

The reasons for the closure were complex and never made wholly clear by the Episcopal Diocese. Their reasoning feels inconsequential now as the structure is being demolished, with more townhouses to go up in its place. Could the adjoining 101 year old Parish House have been preserved as a much smaller place of worship that kept St. John’s social services intact? Unfortunately, it is a question that never seems to have been a consideration.

Both the Parish House and the larger space of worship are emblematic of many churches in Philadelphia that have been or will be demolished in the near future. They are structures with significant aesthetic, historical, spiritual, and social value in their respective communities. It is undoubtedly a complex formula of intangibles and unquantifiable factors with no immediate, easy solutions, but hopefully they are factors to be considered fully at some point in the future.

Joan Pettit is a retired teacher with the School District of Philadelphia. Her son John Pettit is an archivist with Temple University’s Special Collections Research Center. Both are lifelong attendees of the church.

Following are Chris Dougherty’s photos from St. John the Evangelist, from January 2013. Chris will be leading a walking tour at the Fort Mifflin / Mud Island site for the Hidden City Festival 2013.

Special thanks to Mike Burlando for info on the demolition.

Click any of the photos below to launch the photo gallery. 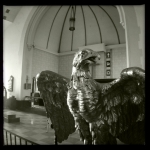