A First Visit, A First Year: The Barnes On The Parkway, A Photo Essay 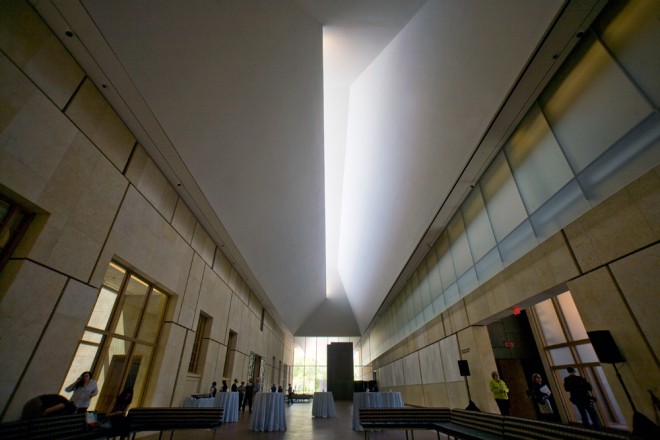 When I left Philly for Portland, Oregon in fall 2009, the Youth Study Center was a pile of rubble and, at least for a little while longer, the Barnes Foundation would look as Albert Barnes might remember it in Merion. Three and a half years later in spring 2013, the Barnes is about to celebrate its first year on the Ben Franklin Parkway, and with it comes the Foundation’s first contemporary exhibition, “Ellsworth Kelly: Sculpture on the Wall.” (See Ben Leech’s brilliant essay from Wednesday.)

Despite a little sadness for the arboretum that simply cannot be replicated on the Parkway, I’ve done my best to disallow any nostalgia for the old Barnes to interfere with proper judgment of the new space. While I loved the total experience at the Barnes in Merion, I can appreciate the board’s goals for making the galleries and educational programs more accessible in Center City Philadelphia. Although, as CultureGrrl observes, hiking the price of admission from $18 to $22 will make that accessibility much more difficult for the common person Barnes loved to serve with his art collection. 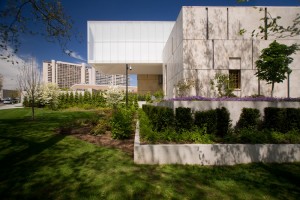 Having been back in town for almost three months now, and living in Brewerytown, I pass the new facility on the Parkway pretty frequently, and I have to admit, it’s pretty frequently left me nonplussed. The building design, from the desk of Tod Williams Billie Tsien Architecture, is utterly forgettable. Yes yes, you have to see it up close—to really get to the details to really get the architecture. And, up close, I suppose the material is handsome enough. But viewed as a cohesive unit, the tan and off-white panels look like a shoebox with a cantilevered Ikea sock drawer that hasn’t been closed. Or, viewed from the Parkway—Philadelphia’s grand Parisian boulevard from which one cannot even enter the Barnes—it resembles a mechanical PoMo turtle poking its head cautiously in the direction of Barnes’ ghost in Merion.

All that said, hey, don’t judge a book by its cover. Citizens Bank Park was contrived to be a neighborhood ballpark, and its exterior has noticeably prefabricated brick panels, and well, it’s plopped down in the middle a ‘neighborhood’ of surface parking. But, once you’re inside, it’s a magical palace of baseball.

The Barnes on the Parkway, similarly, is a spectacular space once you’re inside, after a pleasant walk through OLIN’s gracious landscaping and fountains. The gallery spaces have thankfully been replicated to perfection, perhaps even exceeding that overreaching description; the ceilings appear higher and the lighting is superior, and the connecting corridors and the light that streams through them really shine. And clearly, the LEED Platinum certification recognizes the thoughtful collaboration Williams Tsien, OLIN, and the Barnes Foundation performed to preserve Albert Barnes’ environmental stewardship, if not preserve his will.

“Ellsworth Kelly: Sculpture on the Wall” opens tomorrow, and the Barnes Foundation’s one year anniversary on the Ben Franklin Parkway is on May 17th. These photos were from my first visit to the new Barnes, on May 1st. Click any of the 19 images below to launch the gallery.

Special thanks to Andrew Stewart and Joanne Perez at the Barnes Foundation for their generosity and assistance.