A Century Later, Momentum Toward A Bainbridge Green 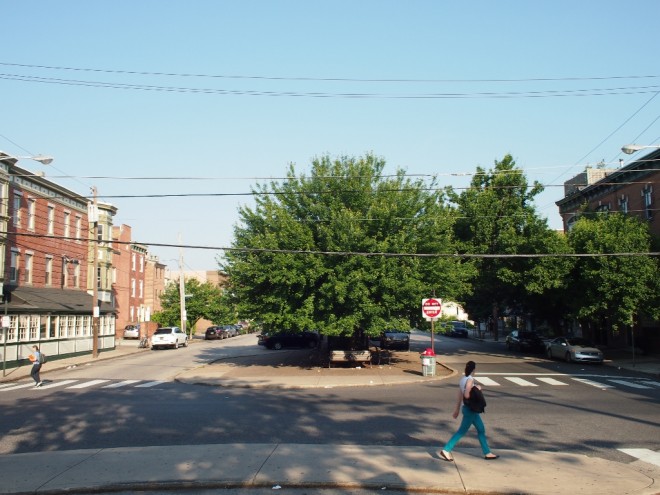 Editor’s Note: This story has been corrected from the original. In the photo caption below, the brownstone building at 318 Bainbridge was mistakenly described as a former synagogue. The synagogue was in an adjoining building to west. The building pictured, as some readers have pointed out, was the Southern Dispensary, a medical clinic that had its origins in the late 18th century. When the city’s main clinic at Fifth and Locust Streets became overcrowded, a new one was built. That one later moved into the 1858 Renaissance Revival brownstone at 318 Bainbridge.

Yet that’s just what Jonathan Rubin, photographer and neighborhood activist, observed as we walked along Bainbridge Green, the imagined public space Rubin would like to see emerge from the glorified parking island the runs down the center of Bainbridge between Third and Fifth Streets. “You have generations of bad decisions, people who thought they knew better,” says Rubin of the space, which was designed originally in the late 19th century to handle the Washington produce market. When the market was torn down in the early 20th century, officials promised a park but only ever planted a strip of trees (even then community activists were complaining about the half-baked park). 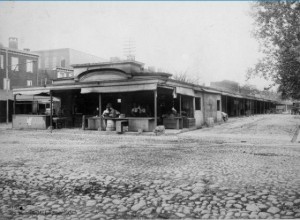 Just as fed up, even after slight improvements were made in 2005, Rubin, who has lived on Bainbridge Street for a decade, started a group called Friends of Bainbridge Green. And this year they secured a service grant from the Community Design Collaborative to alter the design, use, and feeling of the space, which at present fails to connect to the shopping and residential areas all around it.

The Collaborative figures on a seven month process to solicit ideas then develop plans, presentation images, and pricing.

I cautioned Rubin that a blanket design solution–i.e., designers who think they know better–can also be a problem. Acknowledging that an open planning process is healthiest, he said that the first meeting of Bainbridge Green at the inception of their service grant from Collaborative was “chaotic, loud and boisterous. But that’s a good thing.”

The Friends group has begun putting together ideas as they also meet with community members and stakeholders. Among the earliest ideas are to transform Third and Bainbridge into a “public square,” Fourth and Bainbridge into a gateway to Fabric Row, and Fifth and Bainbridge into a “sitting area” that connects visually to the restaurants and cafes around it. Mike Harris, executive director of the South Street Headhouse District, is quite diplomatically guiding the challenging process to both beautify Fourth Street Fabric Row and improve Bainbridge Green. “It’s important that both these programs come together,” he says. 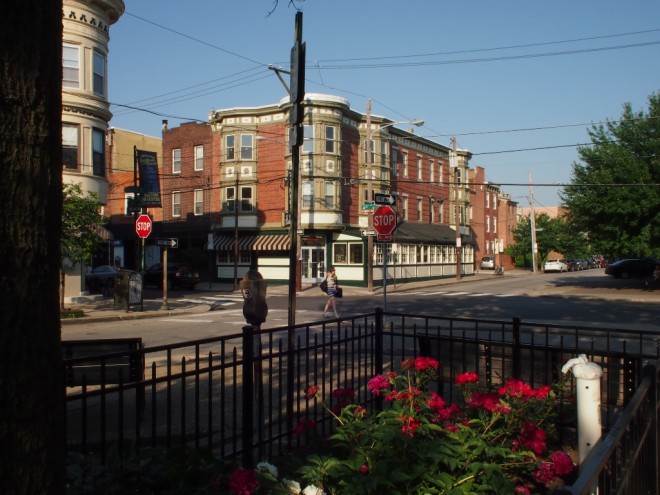 “There’s nothing to draw people to Fourth Street from South Street. Merchants have long asked for beautification,” he says.

This week, the design team assigned by the Collaborative to the project, which includes architects, a landscape architect, and a lighting designer, met with some merchants and members of the Friends of Bainbridge Green. The meeting was Mike Harris’ chance to see the first draft design plan (a revised report will be available for public comment by end of July 2013). 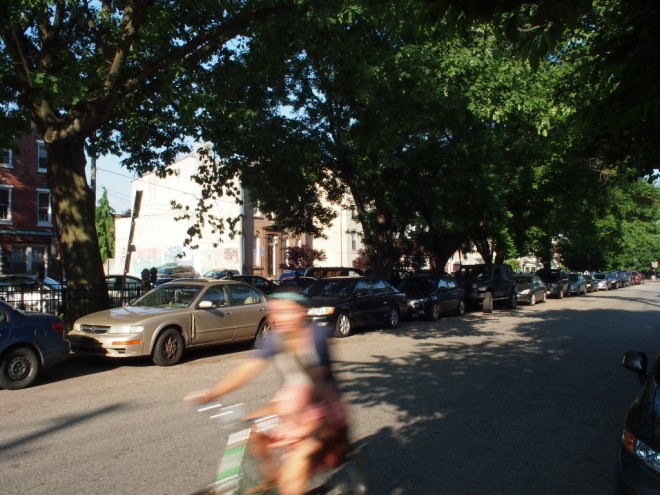 The plan would expand the width of the present green space to 12 feet, eliminating some parking, and would integrate the design to draw South Street shoppers across Bainbridge on Fourth Street to Fabric Row. Designers see opportunities to better connect Bainbridge Street businesses to the sidewalk and green space through benches and planters. Traffic would be calmed with bump-outs at certain street corners.

Overall, the plan will aim to re-identify Fourth Street as more than Fabric Row, add sidewalk and pedestrian lighting to bring Fourth Street alive at night, and organize street furniture to stimulate street life. They think they can balance the contradictory impulse to provide continuity of street frontage without a resulting in a dull uniformity (such as exists on South Street). 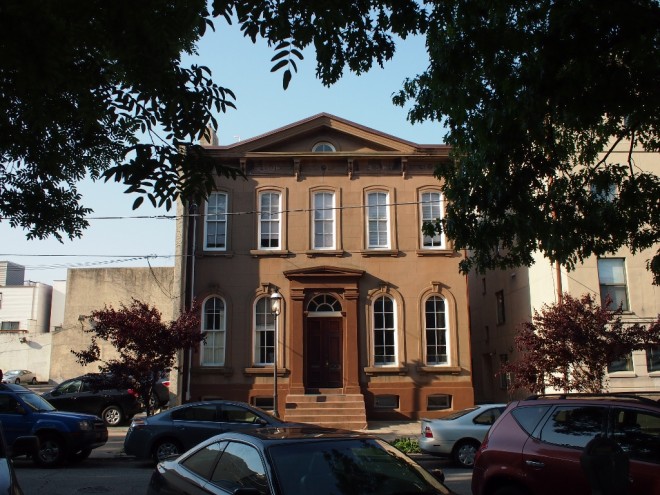 The current park invites crime and debris by virtue of inadequate lighting, limited seating and restricted visual access. The present space fails to connect practically or visually to the rather handsome 19th and early 20th century streetscape around it.

At this week’s meeting, the planners proposed a series of vertical poles–“slit lighting”–that would provide unifying illumination. “Light activates space,” said Rubin. Perhaps apprentices from the Sheet Metalworkers Union on nearby Delaware Avenue could build them.

But Rubin sees the project as a broad catalyst for changing at least this one small part of the city. The Water Department, he thinks, will be very interested in Bainbridge Green’s potential for reducing stormwater runoff. As it is the asphalt street is much wider than it needs to be. “Sustainability makes economic sense. Green means sustainability. Green means money,” he says. 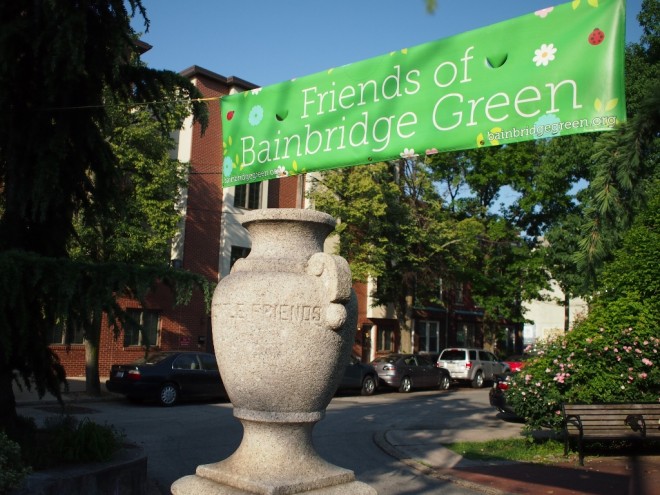