There’ll Never Be Another U 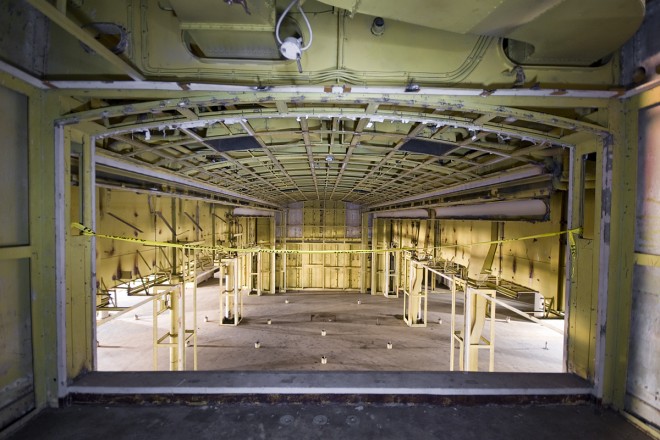 I remember the first time I saw the SS United States: on a trip to Ocean City, Maryland. My parents took a slight detour from our usual route and drove me past the ship because, as a kid, I was obsessed with the Bismarck and the Titanic. Ever since then, I’ve always wanted to board The Big U, and one Saturday morning years later my wish finally came true. These are the photos from that visit.

As of 2011, the SS United States Conservancy owns the ship and is working fiercely to protect it from being scrapped, including at a rally this morning in New York’s Herald Square. But funds are running out for the ship, which is on the National Register of Historic Places and which requires $80,000/month just to dock and secure it on the South Philadelphia waterfront, where it’s been since 1996. The Conservancy continues to accept donations HERE.