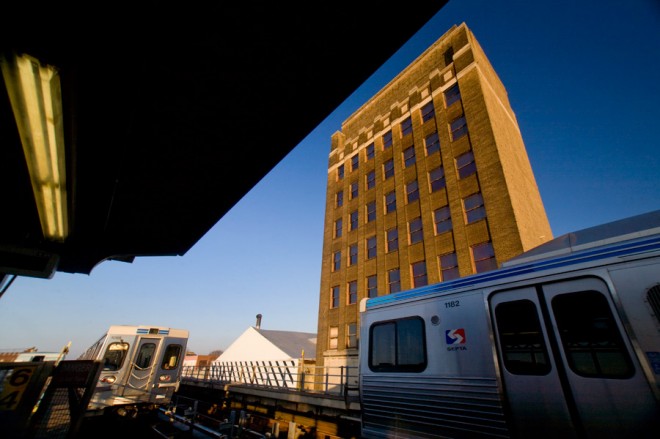 Nearly every neighborhood in Philly has its own Divine Lorraine. A standing specimen of built environment, once a shining beacon but now abandoned, blighted, underused, or abused. Mount Sinai Hospital in Pennsport. The Beury Building in North Philly. The Markley Building on 52nd Street. This might have been Kensington’s version. Once endangered, this unique Kensington Avenue highrise has been brought back to its original prominence. 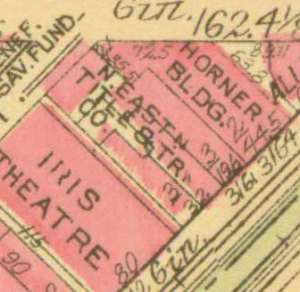 The Northeastern Title and Trust Company, founded in 1920, spent their first 8 years working out of five adjacent properties just south of K & A that faced the 3100 blocks of both Kensington Ave and Potter Street. With an urge to grow, they devised a plan for a new headquarters on the site of their combined properties. While other banks around K & A were building low-slung Neo-Classical stone castles, theirs would be a brick highrise. This new building would be not only be an ostentatious megalith representing their success, but could also be an income generator through the leasing of office space to other companies. It would be magnificent: the first (and last) high-rise office building on Kensington Avenue, looming above the El at nine stories. Construction began in early 1928.

The Northeastern Title and Trust Company Building was completed by the start of 1929 with all offices leased. Northeastern shared the building with the Personal Finance Company of Philadelphia, the Argyle Business and Load Association, and the offices of the United Engineering and Tool Company.

Architects Davis, Dunlap, and Barney crafted the Northeastern’s design, extending the building’s stone entrance well above the level of the El to remind passing transit riders who’s boss. A façade of brown bricks leads the eye up to the embattled crown. Three hundred tons of iron from Bethlehem Fabricators, Inc. hold the structure in place.

Northeastern Title and Trust didn’t last very long after their wondrous new HQ was completed. On November 12, 1930, they merged with the Industrial Trust Company of Philadelphia and took on their name. The building would be known for the next three decades as the Industrial Trust Building. In the early 1930s, the primary tenant became the Bond-Barclay Syndicate, who wrote and distributed miscellaneous filler stories for newspapers around the country and provided recipes for all kinds of publications under the name Recipe Service Company. 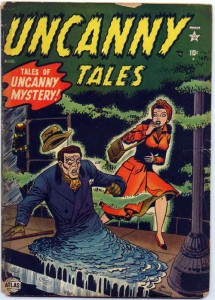 Uncanny Tales, 1952. Drawn by Joe Maneely on the Fifth Floor of the old Northeastern

The building later provided advantageous office space for the directors of a number of nearby factories and mills. Offices for W.C. Plunkett & Sons, Jowell Mills, Inc, and the Printers Label & Tag Service all shared the highrise through the late 1930s and 40s. Milton Roy Pumps put their first office in the old Northeastern Building in 1939. This company, started by a father-son team in a nearby rowhouse, grew so fast that they moved on after one year. The same company is now a world-wide mega-corporation.

In the late 1940s, some local commercial artists formed an art studio at the old Northeastern. Among them was a young Joe Maneely, who drew Golden Age comics on a freelance basis for a pre-Marvel Comics Stan Lee while working in that space. Through the early 50s, that little group of Hussian School of Art graduates shared the building with the back offices of local textile concerns and an advertising agency. Maneely eventually left Philadelphia for Marvel Comics’ predecessor Atlas Comics, where he was a staff member until 1958, when he died at the age of 32 in a tragic accident.

The building was later purchased by the Flomar Corporation. This relatively obscure company immortalized itself by emblazoning its name into the stone façade, inducing a name change from to the original Northeastern Title and Trust Company to the new Flomar Building. Their questionable management of the ground-floor retail space led to a lawsuit that went all the way to the Pennsylvania Supreme Court. Flomar Corp. v. Logue has been often cited in landlord/tenant dispute cases for nearly 50 years.

In the early 1970s, the old Northeastern became leased by the Commonwealth of Pennsylvania. After a short stint as the district office of the Pennsylvania Council on Alcohol Problems, the building spent the next two decades as the Community Legal Partners Northeast Law Center. This organization provided free legal services for the neighborhood’s poor. A non-profit called Friends of Farmworkers also worked in the building, doing the same for immigrant farmworkers, many of whom were also neighborhood residents. 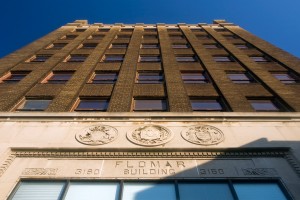 By 1998, the building’s dilapidated condition forced every last office tenant out. It became a tower of blight in an area already well in possession of it. Impact Services, a local non-profit, took interest in rehabbing the building but couldn’t get the funds together. The Commonwealth of Pennsylvania’s FY2003 budget allocated $1 million to them for the purchase and rehab of the structure. They commissioned YCH Architects to redesign and re-energize the space as a modern office with ground-floor retail. Urban Technology, Inc. replaced the electrical, mechanical, and plumbing systems.

In December 2007, with the lower floors restored, the building reopened as a new home for the Esperanza Health Center, which provides bilingual faith-based medical services for the local community. The non-profit Hispanic Community and Counseling Services also occupies space there. Esperanza intends to expand into the vacant upper floors, which are under renovation.

The Flomar Building, as it’s been known for the past 50 years, has regained the importance it had when it was first built over K & A. It serves as an example of how a towering would-be eyesore need not be a neighborhood burden, but a neighborhood benefit. With any luck, the Divine Lorraine and Beury Building will follow its example.