Stories In The Ash 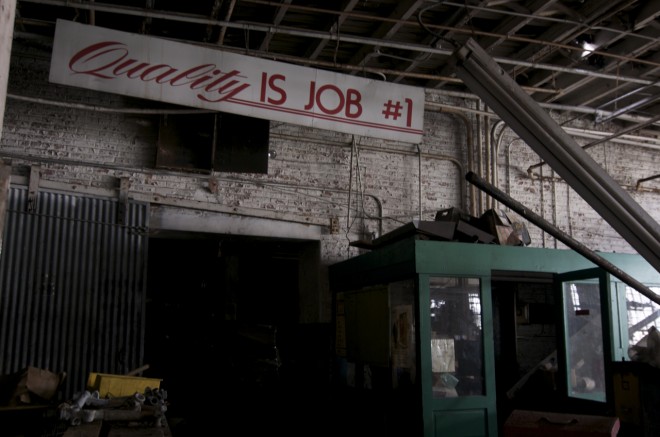 The 19th century warehouse at 1815 Sedgely Avenue, which burned on Saturday, was one of the last remnants of a massive industrial zone that extended northwest from the Pennsylvania Railroad tracks west of Broad Street in North Philadelphia. So many of these old manufacturing buildings have been lost, it seems to us, because of their proximity to the railroad, which isolated them from the fabric of the surrounding neighborhoods. This building, where E.J. Rickler manufactured soap at the turn of the century, was the original home of the Weidemann Machine Company, which was established in Philadelphia in 1916. The company apparently developed the “world’s first turret punch press” according to its promotional materials in 1955. A small step in the march of technology to be sure, but one that had to be made by someone nonetheless.

The building had most recently been occupied by ABC Auto, which remanufactured front wheel drive axles as well as other auto parts. ABC operated there into the 1990s and appeared to have done little more than shut off the lights, leaving the artifacts of manufacturing in situ.