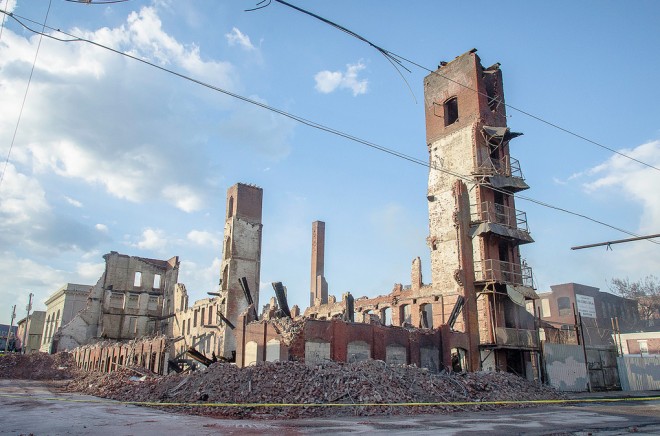 As the black ribbon lies draped across the city’s fire halls and the city flag flies half mast, the heartbreaking news of Captain Michael Goodwin’s death while fighting a Fabric Row blaze this past weekend dredges up similarly grim memories. A year ago today, exactly ten days after Ryan Briggs profiled the Buck Hosiery property and how its absentee New York landlords had allowed the building to deteriorate, that building went up in flames, claiming the lives of two Philadelphia firefighters.

The photos here were taken in the Buck fire’s aftermath and hold a certain sadness from knowing it was both predictable and preventable. Click any of the images below to launch an 18-photo essay from the Kensington site.