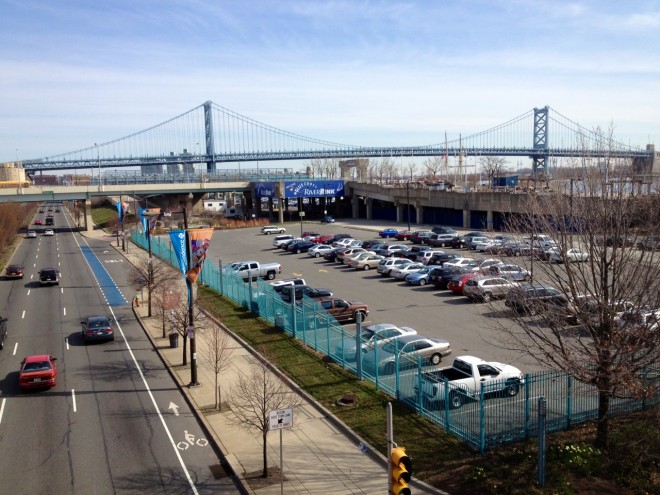 Asphalt be buried: space that does not yet exist to be centerpiece of a massive new waterfront park | Photo: Bradley Maule

The Delaware River Waterfront Corporation this morning awarded a $425,000 design contract to Hargreaves Associates, the firm responsible for the Queen Elizabeth Olympic Park in London and the 21st Century Waterfront Park in Chattanooga, Tennessee. The six month planning and design process will be complete this fall, when initial design drawings will be released.

Chair of the Waterfront Corporation’s board, Marilyn Taylor, dean of the University of Pennsylvania School of Design, noted that in Chattanooga, the project was began with public funding “going in to attract private money and that was music to our ears.” 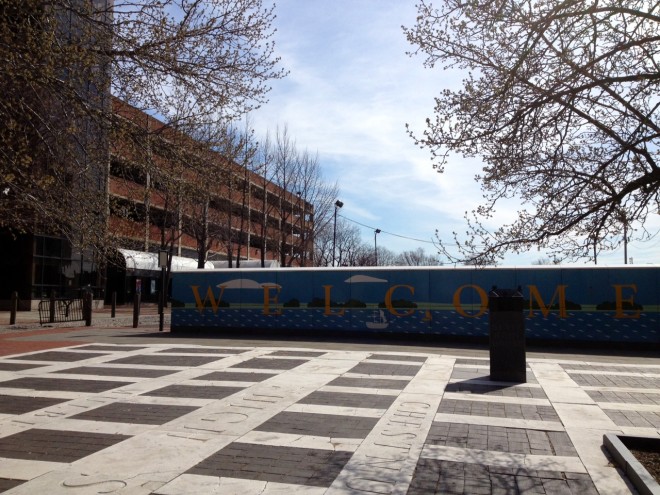 Hargreaves’ plan will focus on pulling the central waterfront up and into the city. Interstate 95 between Chestnut and Walnut Streets will be capped, creating massive new public space from Welcome Park over Columbus Boulevard and down to the Great Plaza of Penn’s Landing, which will be redesigned. The new public space will negotiate a 20 foot grade change from Second and Sansom Streets down to the river. “At Penn’s Landing,” says Penn’s Taylor, “there are always interesting challenges. For example, what do you with the scissor ramps [that presently take pedestrians and vehicles from street grade up ramps and to the top of the Great Plaza]?” 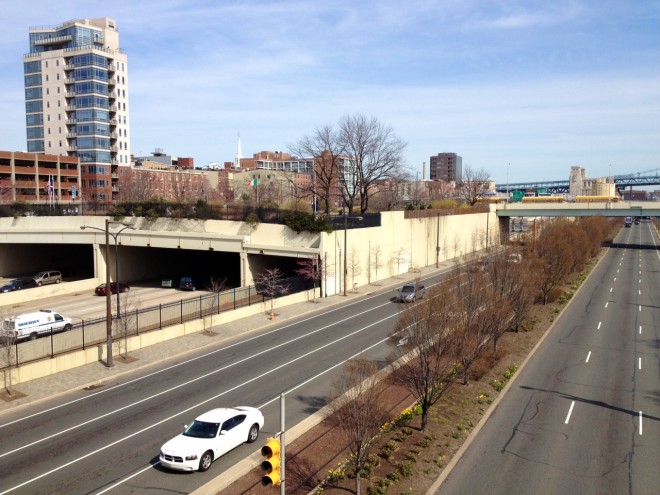 The Irish and Scottish memorials will be part of the new public park atop the highway | Photo: Bradley Maule

Hargreaves’ Chattanooga park was similarly focused on connecting a fragmented riverfront landscape back to the city grid. In Louisville, Kentucky, the firm has worked on a site, like Philadelphia’s wedged between the Ohio River and a wall of highways. There, they created a “great lawn” for passive recreation to the east of the city’s downtown.

In addition to the focus on the space between Chestnut and Walnut Streets, the Hargreaves plan will extend the South Street pedestrian bridge across Columbus Boulevard to the riverside in front of the Docksides apartment building.