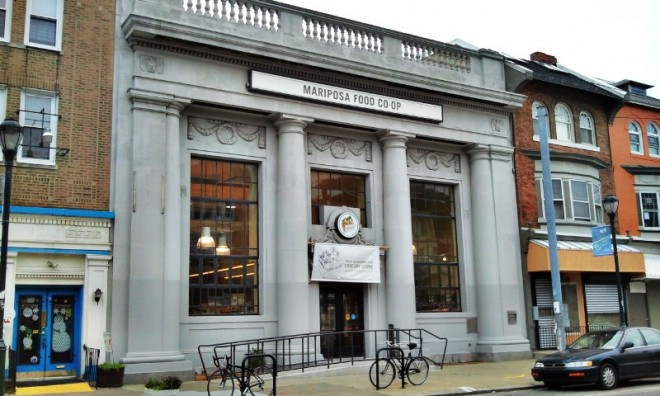 Two new food cooperatives—the South Philly Food Co-op and the Kensington Community Food Co-op—are at the crucial stage of selecting storefront locations. In both cases, the process may put two critical co-op goals at odds: the business need for grocery store scale and the community desire for a central location.

Moreover, given the unique dynamics of a cooperative—it must secure enough member-investors before even considering a retail location—the search process can be long and complicated. 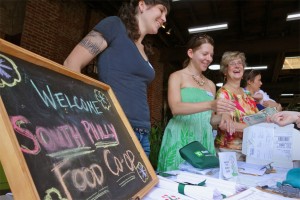 The South Philly Food Co-op has existed in some form since 2010, growing from a small group of interested South Philly residents to an organization of volunteers and member-owners. Last month, it celebrated reaching its goal of 400 member-owners.

But despite this success, it still has no location to call its own. It remains held together by periodic volunteer meetings and a robust web presence.

This might be disconcerting if it were not anticipated. In fact, the co-op has sequenced each phase of its development based on its current number of members. A real estate committee, which is now selecting at least five locations for the board’s consideration, was not formed until 250 members joined. Construction will not begin until 600 members join.

Jessica Calter, member of the real estate committee, says that the membership-based timeline is a way to organize a process that is inherently unpredictable. Generally, co-ops must solicit members and even banks for funding before guaranteeing the exact location of their store. A co-op thus has to carefully balance expectations with its financial capacity.

“There is a sort of dance that happens between real estate and financing,” says Calter. “You can’t secure the financing until you have a location, but you can’t really get a location until you have a sense of how much money you can legitimately finance. It’s a little bit of a chicken and an egg thing.” (Calter was thus unable to disclose the locations being considered for the South Philly Food Co-op.) 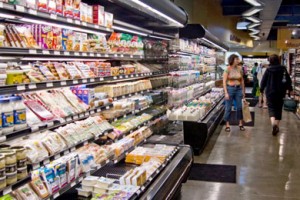 Longstanding co-ops Weavers Way, in Mount Airy and Chestnut Hill, and Mariposa, in West Philadelphia, and have provided consulting support to the two start-ups. Both have demonstrated that today co-ops can fill a market niche between the large supermarkets and the corner store. The area’s most recently opened co-op, CreekSide, in Elkins Park, aimed for this medium-sized scale of operation—and has by and large succeeded. Its space is now the size of an average Trader Joe’s. “Our membership was over 1,000 households right off the bat, so we knew we weren’t just a storefront co-op,” says CreekSide general manager Andy Schloss.

The new co-ops in South Philly and Kensington desire a similar size of operation and to reach that level they are searching outside their boundaries for members. But doing so also may mean compromising the desire for a central location.

“We want something that is fairly central to all of our members,” says Calter. But as the co-op has grown, the center has shifted. “If we were only at 150 members and we got 400 more member on the opposite side of South Philly, that would make things very different.”

From the beginning, CreekSide’s members had a clear goal of locating in the Elkins Park downtown. “For us, because our membership was grown basically around refurbishing the town, our location was somewhat selected,” says Schloss. “The real impetus for building this co-op was to regenerate this town. So we had a good idea of where the location would be.” 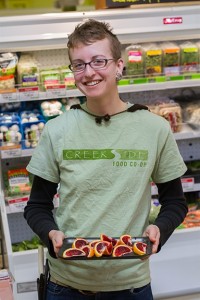 There were still other locations outside the Elkins Park downtown that feasibility studies suggested were better business options by virtue of visibility and access to traffic, but members decided they weren’t central enough.

The organizers of the 315 member Kensington Community Food Co-op are also trying to balance store size, location, and community. Kensington’s membership is more anchored to the neighborhood than SPFC, given its history in Kensington as a food stall at Greensgrow farmers markets. But members are still anxious to know when and where the storefront will be built.

“The number one question that people ask is ‘where’s the store going to be?’” says Peter Frank, KCFC vice president and head of the planning committee. “And we don’t know yet,” he admits. “All we can promise is that it will reliably be in the 19125 zip code, which seems to comfort some people.”

Frank does not think it will be difficult to find a location that is viable as a business and also close to its members. Unlike South Philly, KCFC had a strong sense of its boundaries from the outset. KCFC members are clustered in Fishtown and Kensington with only a few outliers. SPFC’s map shows members scattered from Oregon Avenue to Lombard, and from the Schuylkill to the Delaware.

But from an organizational development perspective, KCFC’s timeline contains almost exactly the same milestones as South Philly’s. This is not accidental. Both organizations are working with Co-op Development Services, a Madison, Wisconsin based consultancy firm for upstart co-ops.

Additionally, the established co-ops like Mariposa and Weavers Way are providing advice and marketing support, and they are even considering a formal support network that could include development of an operations manual.

These kinds of relationships, with organizations like CDS and among the co-ops themselves, are just beginning to develop and are still fairly informal. But regardless of whatever outside support new food co-ops are getting, they still have to contend with their own unique demographics and particular real estate options.