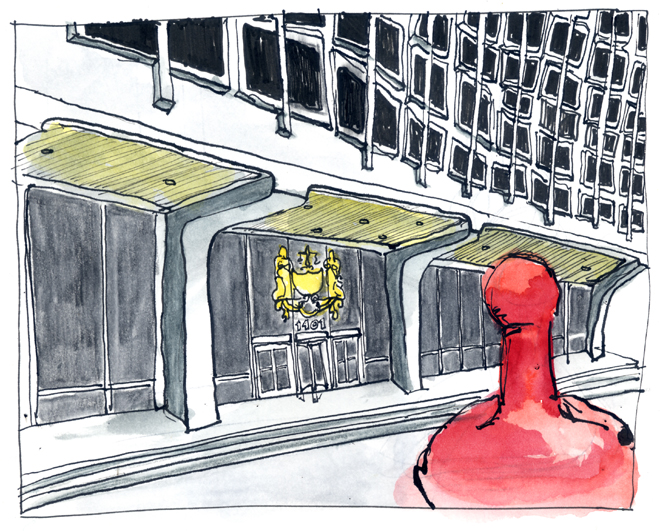 Editor’s Note: This story has been updated with additional input from L&I.

Like so many builders and developers, Kenny Grono, the owner of Buckminster Green LLC, a Northern Liberties based contracting company, has been bedeviled by the City’s Department of Licenses and Inspections. But Grono, who I accompanied on a trip to L&I’s permitting division, noted that he wasn’t interested in bashing the department that already faces so much criticism. In fact, he said, officials have made substantial improvements. Wait times to see an inspector, he noted, have been dramatically reduced from two hours to 20 minutes. Moreover, the department has consolidated its license types from 130 to 32 and moved inspectors around to divisional field offices to improve efficiency. This has been achieved while operating with a budget that has been reduced by $12 million since 2008 (like similar departments in New York, Washington, and Boston). That said, under the budget proposed for the forthcoming fiscal year, the mayor’s office has requested that four additional building inspectors be hired.

In 2011 L&I’s 39 building inspectors covered 93,103 inspections. Each inspector averages almost six inspections per day, each day of the year.

“I want to run an above the board business and I completely agree with the work L&I does to keep residents safe and hold shoddy contractors accountable,” Grono said.

I complimented him on the balance of his position, but then he added, “I don’t feel like this is a benevolent statement for L&I or the contractor. I just want the easiest system for all parties involved: the contractor, the client, and the L&I inspector. It’s more pragmatic than anything.”

The work, he said, is difficult enough. “When you’re working on these houses, you’re dealing with work that was done over multiple generations by multiple people with multiple problems. And you’re dealing with your client who has their own timeline for when the work needs to be done and you need to keep him happy.”

Sitting on the couch of the row house on North Fifth Street that Grono and his wife Bronwyn Reice renovated six years ago, I peeked into the company office where Bronwyn was doing administrative work and asked her to corroborate Kenny’s pragmatic idealism. She laughed and said that she didn’t know if she could. Kenny conceded that sometimes it’s pragmatism by force, and that she holds him to task. She laughed again and said, “yeah, that’s probably true.”

Kenny explained that he named the business Buckminster Green in partial honor of sustainability visionary Buckminster Fuller. But his inspiration came more from Fuller’s unyielding quest for more efficient systems and his attention to detail than his brilliant architectural vision.

Grono had recently begun work at 2423 Fairmount Avenue on an 1880s row house with a patchwork quilt of additions that spanned over a century on a block with austere gray stone façades and a busy sidewalk. Along with a demo permit from L&I, Grono also was required to file for a permit with the Streets Department for scaffolding and a police permit to block cars from parking in the street spaces. Since the Streets Department permit needed a two week lead time, there was no way for Kenny to pinpoint the exact date of the demo permit, so he just took it out for a week. As he explained, choreographing the movements among three city agencies, the few extra days seemed like a necessary, but inefficient, concession.

This seemed like a minor inconvenience. But, said Grono, “when you are running a business and have to go through this on every project you do, it becomes a big deal.”

And there was more: a patchwork quilt of frustrations almost a decade long. “There was the time L&I North didn’t answer their phone for three months,” he said. “Or the other time when I submitted plans for a project and the examiner notifies me that he needs certain changes that I need to discuss with him. So I’m under deadline to get the project done with the client, and I can’t get a hold of the examiner by phone, so I go down to his office to discuss the changes in person, but they tell me he’s not there. So I ask to see the supervisor and when he finally comes out, he tells me that they can’t get the plans because the examiner locked them away and he’s in a meeting. Luckily, I brought my own plans. So I show the supervisor and he doesn’t even address the changes the examiner did. Instead he points out his own, I make the changes and then he signs off on them. It was complete luck of the draw.” 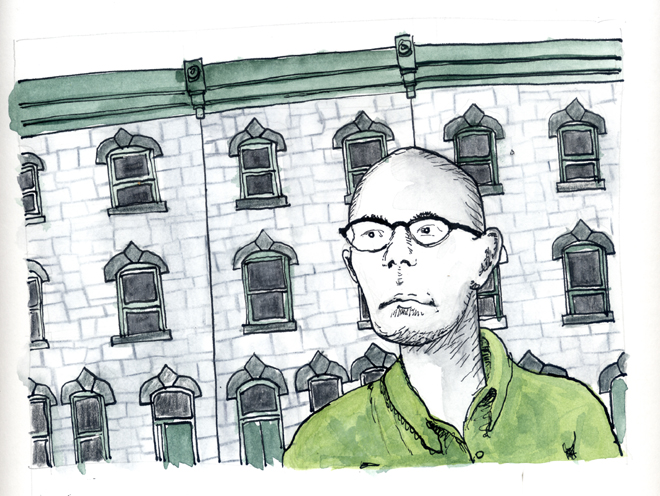 Buckminster Green isn’t alone, of course. L&I has been widely criticized for not doing enough to act on citations they had issued to the Lichtenstein family in the months before the Thomas Buck Hosiery Fire that killed two fire fighters. It’s even difficult for citizens to complain about nuisance buildings like Buck Hosiery, as I learned after I called the department (via Philly311, who patched me through to L&I) to report a violation on a Kensington slumlord. My report could not be filed because another neighbor had already reported the violation. In this logic, it did not matter how many neighbors expressed their concern: it was all filed under the same violation and the file was left with an underwhelming three violations, not enough to stir the overtaxed inspectors to action.

Still in Kensington, there is the case of the doorway between Little Baby’s Ice Cream and Pizza Brain Restaurant, twin businesses that share a party wall on Frankford Avenue. For five months of construction and two weeks after being issued a Certificate of Occupancy, L&I inspectors allowed the two buildings to share a doorway on their party wall to allow customers to patronize both establishments as one experience (a large part of their mutual business plans). Two weeks after the grand opening, the businesses received notice of violations of the electrical code in regard to the shared doorway; they were forced to seal it up.

For six months, Pizza Brain and Little Baby’s continuously contacted L&I to ask how to remedy the situation. They hired architects to devise ways to comply with the code, and finally they decided to install a lintel in the doorway.

Earlier this month, Pete Angevine, the co-founder of Little Baby’s Ice Cream, was brought before L&I’s Board of Building Standards. After six months, board members informed him that the electrical code and the lintel were irrelevant. They presented two options: create a fire separation or adjust legal ownership of the two buildings into one building.

“Neither of these options are surprising, new, or unreasonable,” Angevine told me. “But my question is why did it have to take six months for them to tell me something they could have told me over the phone? How much business did both of us lose during the winter (our hardest months) while waiting on this answer?”

Maura Kennedy, L&I’s Director of Strategic Initiatives, counters that the shared doorway, despite being an innovative business practice, could have been a part of the plans from the beginning. “And,” she adds, “they went through the appropriate process [to bring the passage up to code], and the process worked.” The lintel is installed and the doorway is now in use when both businesses are open.

The desire for more uniformed standards and a better system is the common bond between business owners like Angevine and Grono—and L&I for that matter. City officials, for their part, want L&I to more efficiently create revenue (and recently it has: $46 million on an $18 million budget in 2011, up from $41 million on a $27 million budget in 2009). But those goals and the agency’s legal mandate to protect public safety are often enough in conflict.