Building Against Hunger At Liberty Place 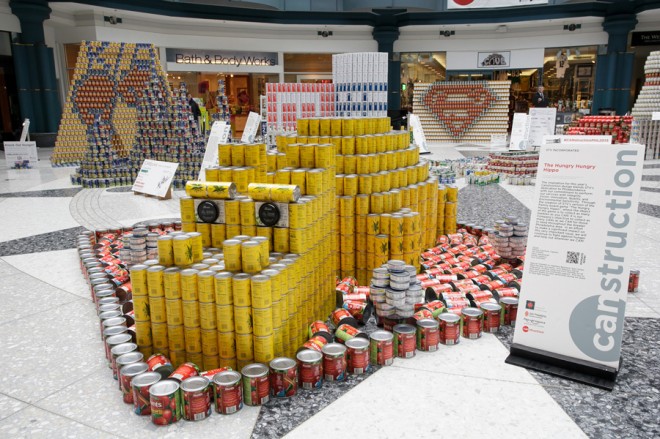 Joining the fight against hunger in Philadelphia for the seventh year, the city’s architects, engineers, and contractors have teamed up to create colossal structures out of canned food for Canstruction, the unique design/build competition sponsored by the Associates Committee of AIA Philadelphia.

A foundation of the Society for Design Administration, Canstruction is held across the nation each year, turning public spaces into sculpture gardens. Since its inception, Canstruction has seen over 17.5 million pounds of food donated to food banks local to the competition cities. Teams are given just 12 hours to defy logic and gravity to create their structures.

After the exhibition, the food is donated to Philabundance, the region’s largest hunger-relief organization. The structures, with clever names, recognizable images, hunger and city-based themes, are on view in the Rotunda of the Shops at Liberty Place, 1625 Chestnut Street, through Sunday, April 21. 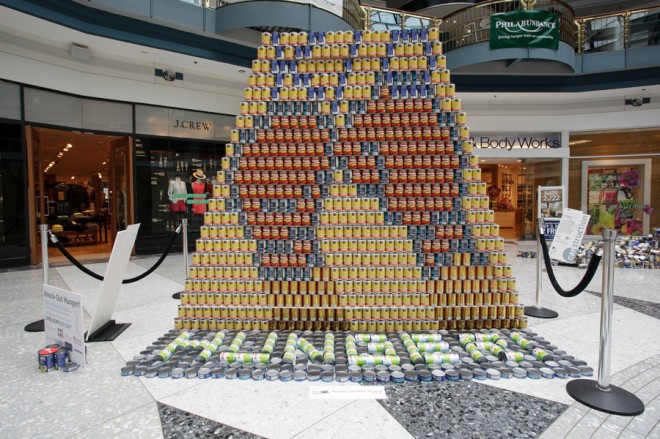 “Knock Out Hunger!” by NELSON, winner of best use of labels | Photo: Dominic Mercier