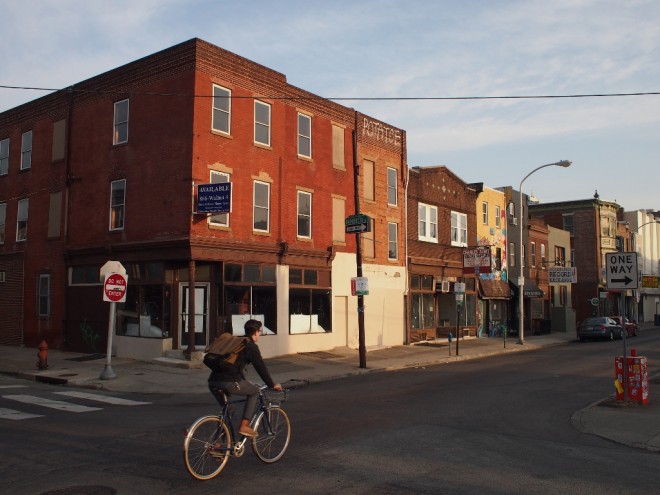 It’s the old domino effect. First Charles Zarit Tailor Supplies, established in 1942, closes up. Then the corner family hardware store, in business since 1872. The particular character of a small city block–this one South Fifth Street between South and Bainbridge–quietly erodes and then vanishes. 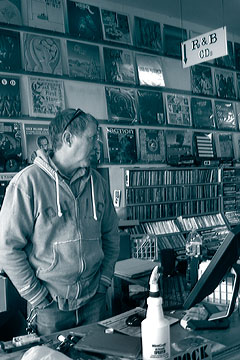 Every time you walk by Philadelphia Record Exchange in the middle of the block you hear a different, unpredictable beat. Nothing canned or programmed. Owner Jacy Webster is a musician himself and his turntable broadcasts his own brand of eclectic sounds to the sidewalk.

Twenty-eight years he’s been stationed here as a kind of free form radio beacon that happens to also specialize in old vinyl records, tapes, and CDs. I struck up a conversation with him the other day, had never been inside and heard he was folding up his tent for 1524 Frankford Avenue come June. The exact date is just waiting on the building’s rezoning, as it’s currently zoned residential.

He won’t get the tourist trade he’s served on South Street for years. Instead, there are neighborhood musicians and hipsters he knows that will frequent his new location just a few blocks north of Fishtown’s music hub, Johnny Brenda’s.

It wasn’t exactly his decision or choice. A developer recently bought up the block “for condos, or something,” says Webster. Higher rates will have driven him and other long time businesses out. Steve Jeffries of Precision Realty says the project is mixed “adaptive reuse,” about 7,000 square feet—new retail at street level, residential units above. “You won’t see much different on the outside.” How imminent is the project? “We’ve already started, working left from Kater Street,” Jeffries reports. 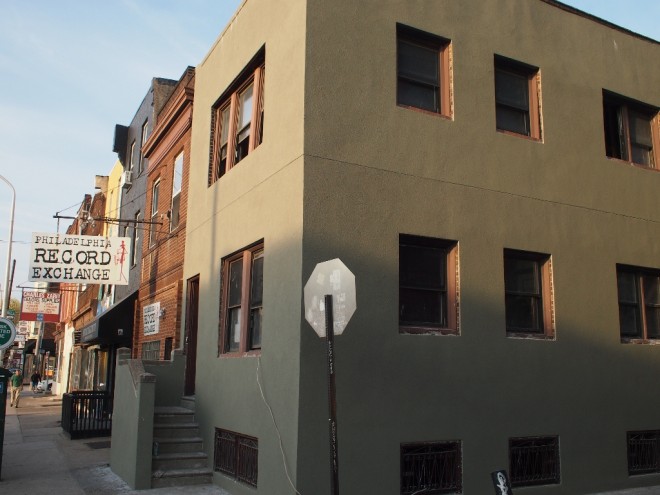 A rack of new vinyl records caught my eye. At first I thought it was a novelty but was surprised to find out that many new bands are going this route. Walls at the Exchange are lined with vintage record covers, too, a musical mosaic of the past—Van Halen, Frank and Moon Unit Zappa, Guns n’ Roses, The Kinks, The Beatles…

Why vinyl now? More and more, Webster contends, people want to hold the item they buy, an actual recording rather than an invisible download that has no physical presence, nothing to cherish. There’s also the well known “compressed” warmth of the vinyl LP (long playing) sound. It’s mostly economics, however, he concludes. For a “couple of thousand dollars” a band can press maybe 500 records selling for $15-25. Music sold on the internet, and especially that which is free, makes peanuts for the artists unless they become really big. “You’ll get a check for $7 a month,” Webster laments. Bands have to tour to make any kind of money. Even then they have to fill the house. 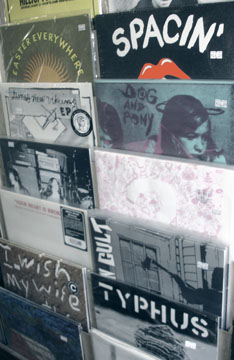 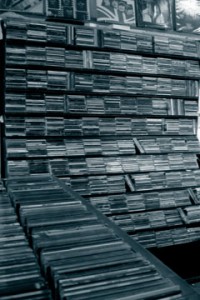 But vinyl is hardly a “retro” fad or hopelessly over the hill technology. There are people out there now who will easily spend “over a hundred thousand dollars on a turntable,” Webster says. Some turntables are now being engineered for cars, boasting enough stabilization innards to counter bumps in the road. If only the same engineering could be done for the music industry…

“There’s no money in it,” says Webster, reflecting on the industry and all the changes. He says the days when David Bowie would pop into town for a high end recording session are long gone. There are a few studios left in Philadelphia but they’re struggling.

The only thing that would make a difference, he says, is serious copyright protection for recording musicians. That situation is so fraught and complicated now, though, it’s hard to imagine it coming to pass any time soon.

We live in a very odd musical period, technologically. Bands are recording at home with their own laptops, selling their music on vinyl, promoting themselves via the internet and, sometimes, touring (by airplane) internationally. Says Webster, “Kurt Vile, was just in here the other day.” He’s gearing up for a tour that begins next weekend at the Coachella Festival in California, in support of his new album Wakin On A Pretty Daze, for which a mural was painted next to the El across the street from El Bar and one block up from Kung Fu Necktie, each place extremely supportive of the Philly music scene.

What exactly does the “Philly music scene” sound like now? “It’s kind of a heavy psych rock vibe with lots of reverb,” Webster suggests. Spacin’, Birds of Maya, Purling Hiss, The War On Drugs, Nightlands, and other bands, while not necessarily sharing a specific sound, do seem like they’re from the same family. Webster gives Deep Thuds, Spacin’s debut album, a spin on his turntable for me, admitting it took a few listens to grow on him. He also generously gives me a 1997 vinyl record, Wattle & Daub, recorded by his own band Strapping Fieldhands.

A father and young son loaded up armfuls of albums from the basement at Philadelphia Record Exchange. You can just imagine the father explaining to his son the arcane sounds and dated cover art of those old bands. Certainly, he must have brought his son here for musical inspiration. 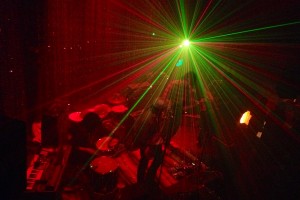 All I want…is an empty mind: Spacin’ at Johnny Brenda’s | Photo: Bradley Maule

Father-son musical inspiration tends to run deep—even amidst the heavy psych scene itself. Jason Killinger, bassist and singer of Spacin’ and Birds of Maya, has also formed a band, Hoagie Jungle, with his son Uriah. They’re both excited that Philadelphia Record Exchange is relocating to their neighborhood.

“I personally have high hopes for the Record Exchange on Frankford Avenue,” says Killinger. “A lot of what is cool about our neighborhoods are the artists and musicians building community alongside the people who have been here all of their life.”

It’s the sort of community that Jacy Webster and his founding partner Greg Harris, now CEO of the Rock & Roll Hall of Fame, moved into in 1985 just below South Street on Fifth. But times change, and real estate changes force independent business owners to re-examine their business model vis-a-vis their location.

The place remains packed with three levels of recorded music where portraits of Geronimo, John Wayne, Jimi Hendrix, and Karl Marx all hang together like old buddies. Its Fifth Street days are numbered, but you’ve still got a chance to visit one last time—or for the first time, to experience a dwindling piece of South Street culture.

Jacy Webster is packing Philadelphia Record Exchange up and leaving the ‘hood for Fishtown. And he’s taking a piece of South Street with him. 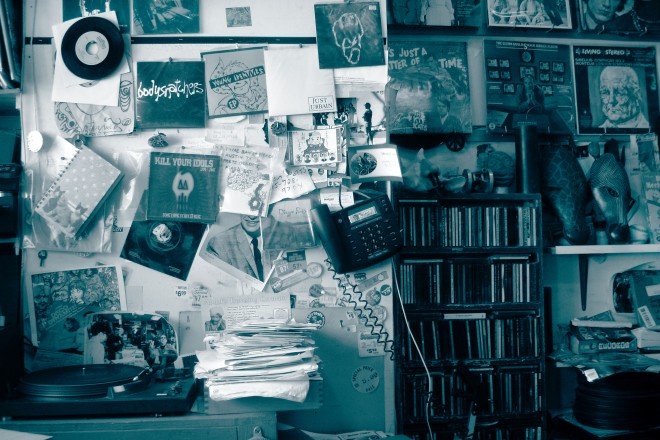