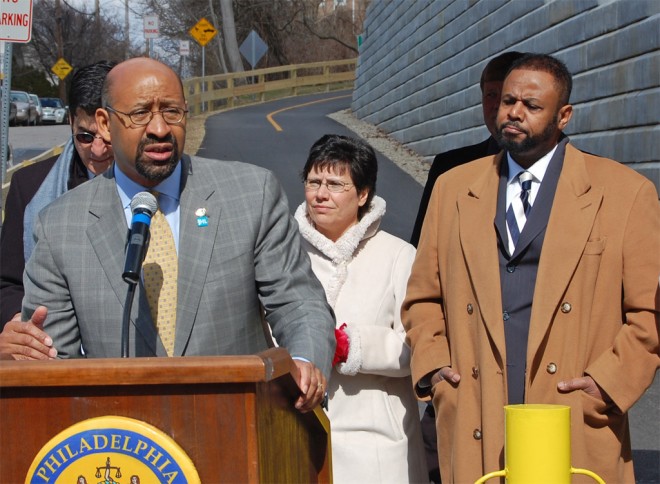 A ribbon-cutting Thursday morning formally opened a one-mile stretch of Schuylkill River Trail, between Shawmont and the Montgomery County line.

Funded with federal stimulus dollars, the $1.4 million project widened an older section of trail from a narrow 8 feet to a much more suitable 12 feet, and opened a new segment of trail between Port Royal Avenue and Shawmont Avenue.

Councilman Curtis Jones was instrumental in negotiating with property owners, some of whom had extended their back yards onto the abandoned Pennsylvania Railroad track-bed now owned by Philadelphia Electric Company. The compromise that was hammered out allows adjacent property owners to continue to use half the track-bed, with the trail placed on the other half. A new 10-foot high privacy fence divides public from private space.

Constructed in 1883, the Pennsylvania Railroad’s Schuylkill Division was abandoned in the 1970s. A study now being conducted will determine the feasibility of extending the trail east from Shawmont Avenue one and one-half miles. This would connect to the Ivy Ridge Trail and on to the Cynwyd Heritage Trail now being constructed across the iconic Manayunk Bridge.

The trail that opened today and its projected extensions will form key links in The Circuit, the region’s emerging network of multi-use trails. 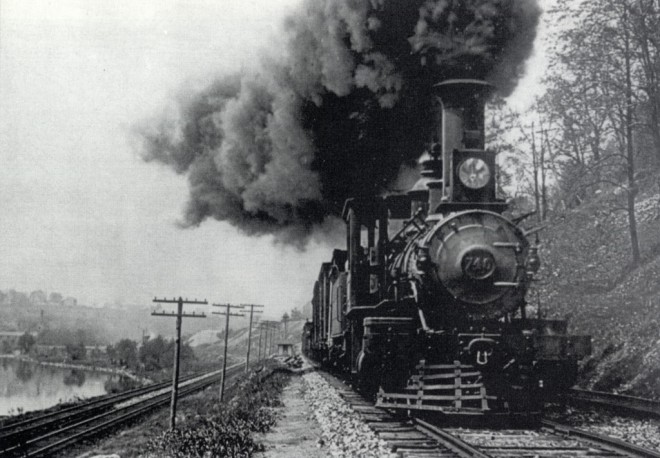