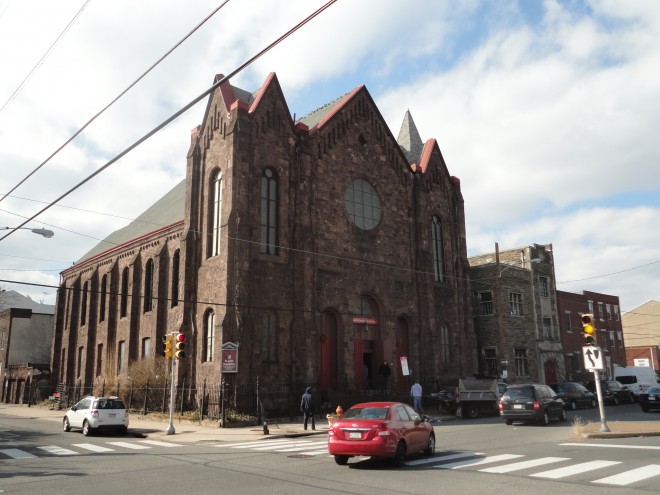 A salvage crew was removing the pews of the St. John the Evangelist Episcopal Church in Pennsport today in advance of demolition. The building, which along with the Sacred Heart Church and school and other massive ecclesiastic buildings to the north (which have been converted to residential use), marks the distinctive cityscape of Moyamensing Avenue. The Sacred Heart School is for sale though the parish is active.

St. John closed about a month ago. The property was purchased by a developer who plans to demolish the the church for twelve condominiums, according to Hidden City sources.