Old And In The Way In Pennsport

A ripple of architectural destruction appears to be moving swiftly through Pennsport. Some people are putting their faith in preservation efforts and some are taking their faith elsewhere. 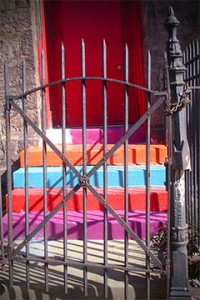 The days are numbered for the Episcopal Church of St. John The Evangelist, 1332 S. Third Street, at the intersection of Moyamensing and Reed. The building was constructed in 1867, architect unknown. It is not on the city historical register and a demolition permit has already been granted to Harman Deutsch Architecture. A demolition date has not been scheduled yet, but Gama Wrecking, in neighboring Queen Village, is named as the contractor on the permit. Last Friday, pews were being removed from St. John’s for salvage.

Project architect Rustin Ohler of the firm Harman Deutsch states, “we went door to door in the neighborhood seeking support. It seems like everyone is in favor…we haven’t received much, if any, opposition.” It was deemed too expensive to gut and rehab the existing structure, and instead, 12 four-story townhomes have been designed, with parking. Ohler points out that the interior was “dated” and there were “structural issues with the south wall.”

St. John’s rectory, next door to the church on Third Street, will also be demolished in the process, Ohler confirms. 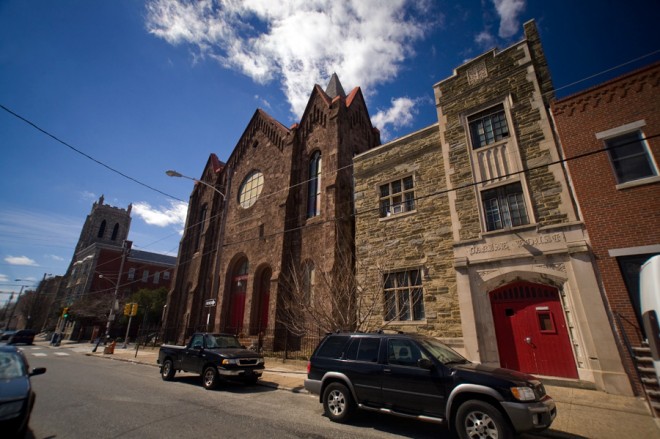 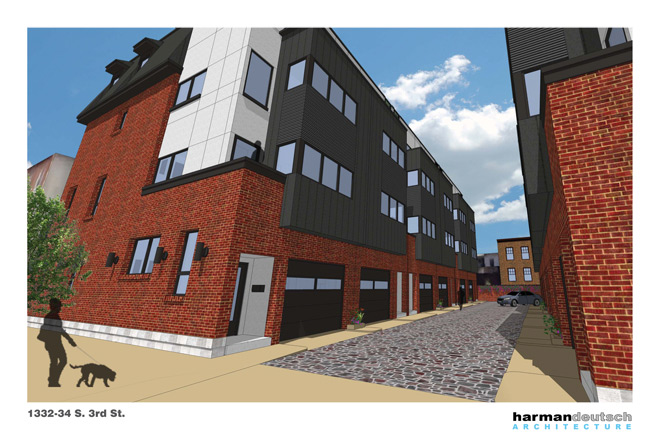 St. John’s life was extended for some years when the congregation of Emanuel Lutheran Church on Fourth Street near Washington Avenue, sold their landmark church to a Vietnamese Buddhist congregation and joined with Episcopals for five years. But subsequent congregational changes point up how difficult it is for church groups to maintain membership–and their houses of worship. When the arrangement with St. John’s faltered, the Lutherans went on to share space with Old Swedes Church. That too failed. Now, Emanuel Lutheran is back on Fourth Street, in their original neighborhood (but a new temporary location) and St John’s faces the wrecking ball.

Two and a half blocks east of St. John the Evangelist, the future of the former Engine 46 Steakhouse remains unclear. Earlier this week, the Passyunk Post reported that a demolition permit was posted on the building at 1401 South Water Street, and later removed. There are no demolition permits actively filed for the structure, originally built in 1894.

Michael Schreiber, who sits on the Queen Village Historic Preservation Committee, observes, “the building is quite striking and relatively unique in Philadelphia; during the years that it functioned as Engine 46 Steakhouse restaurant it served as a model of how historic buildings could be restored and recycled for other uses.” He also noted that the firehouse has not been placed on the city historical register, which severely limits the strategic options of any campaign to save it.

Schreiber contends, “both of these buildings are prominent landmarks in the neighborhood, and both of them, especially the firehouse, are quite beautiful. Losing them will be major blows to the cause of historic preservation in Philadelphia.” 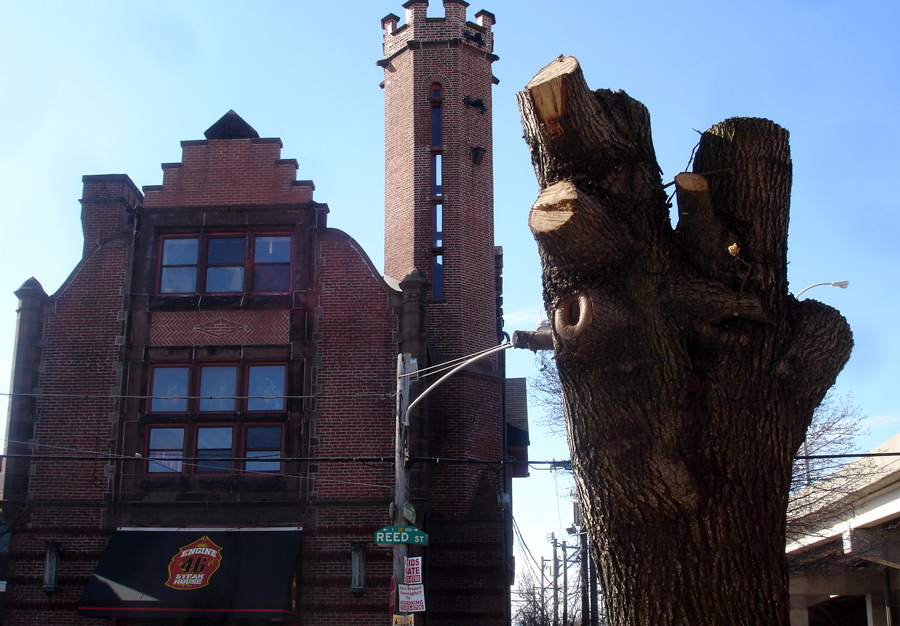