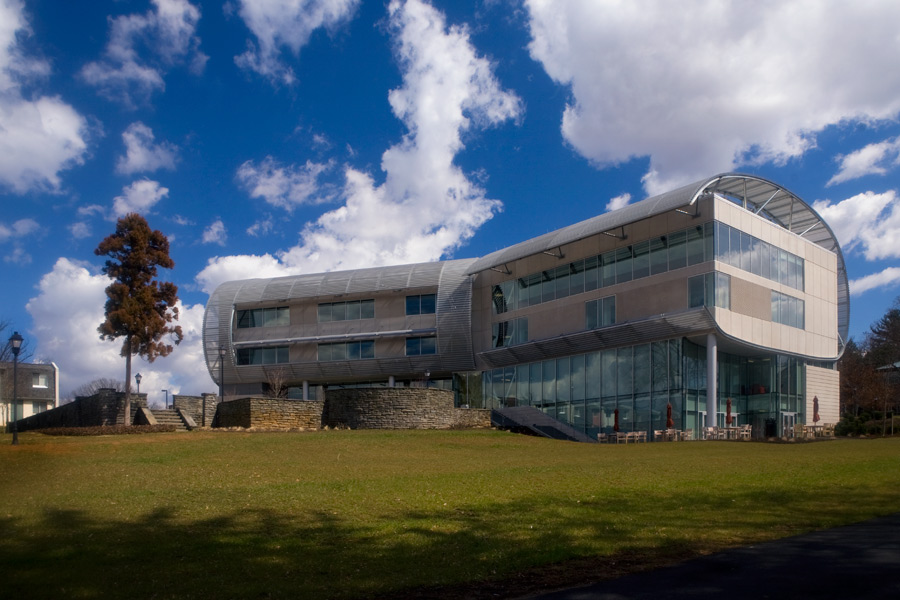 In its first semester of partial use, Philadelphia University’s DEC Center—DEC for its Kanbar College of Design, Engineering, and Commerce—is already a campus landmark. (It will be fully open for the fall semester.) Designed by Boston’s Shepley Bulfinch, the modern iteration of its preeminent founder Henry Hobson Richardson’s firm, the DEC Center in a sense embodies the transdisciplinary college’s principle of innovation.

Situated on a sloping lawn across the way from the Kanbar Campus Center (also designed by Shepley Bulfinch), its metal shell evokes the mechanical design that lines the university’s history. It also provides for climate control, one of the features in its nomination for LEED Certification.

Likewise, much as the college’s approach to its curriculum is unconventional, its 39,000 sq ft space is too: there are only five permanent offices, and the classroom space is designed to be flexible, configured differently as needed. (See Nathaniel Popkin’s profile of the building and college HERE.)

The DEC college and the Campus Center are named for Maurice Kanbar, the 1952 alumnus who created the Quad Cinema (New York City’s first multiplex), launched Skyy Vodka, and designed the scooter he drives around San Francisco, among other eccentricities that have earned him a fortune. In other words, he’s just the type of innovator the DEC Center intends to inspire.