In West Philly, Finding The Source Of Barnes’ Fortune

It’s a rare sunny winter day and a young woman and two men are sitting outside an ordinary West Philadelphia apartment building.

“Do you know anything about its history?”

“Man, you have no idea how many people stop me and say they used to come here when it was called CC’s nightclub. People say it was really cool, a real jazzy kind of place.”

“Have you guys heard of the Barnes Foundation?”

“Yeah, never been though.”

“You know, he had a factory in this building? And he used to hang paintings here.”

Despite all the attention paid to the Barnes Foundation’s move into Philadelphia, there is in fact no blue plaque here, no mention in any guidebook. But this corner a half block from the 40th Street El station is the source, so to speak, of Dr. Barnes’ magic potent, the antiseptic Argyrol. And Argyrol is the source of his extraordinary art collection. 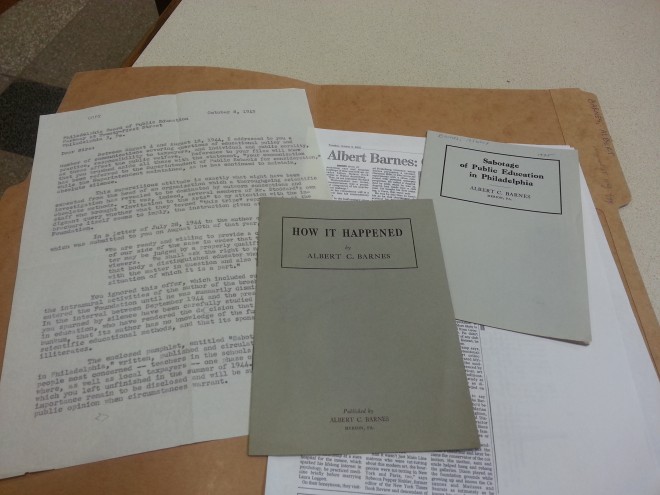 In 1902 Barnes and his partner Herman Hille rented eight rooms of what was the Hotel Powelton to produce Argyrol. Used to prevent infant blindness and to treat infections like gonorrhea, Barnes found markets for Argyrol worldwide. Indeed, venereal disease made Barnes a very rich man. 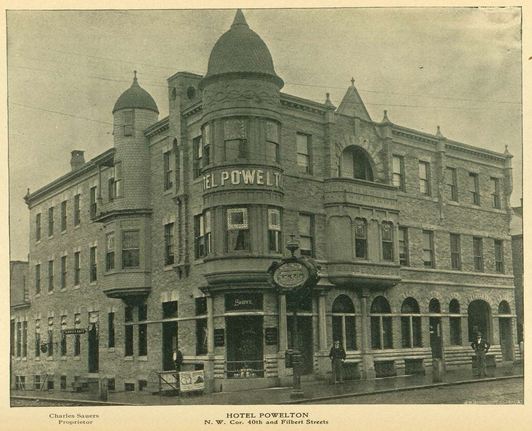 Here, Barnes created an integrated factory more than half a century before the Civil Rights movement. With just 20 workers at its peak, Barnes’ factory was a small, well-oiled machine. It was so efficient that two hours could be cut from the eight hour business day. But instead of letting workers clock out early, Barnes devised an experiment in education and put on voluntary “seminars.” These lessons covered philosophy, psychology, educational theory and art appreciation. 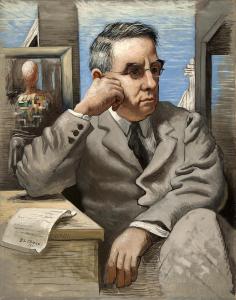 “What we believe our experiment indicates,” said Barnes in 1923 in The New Republic, “is that great things of creation, in art, literature and thinking, can be resolved to fundamentals of human nature and in simple form be so presented that they may be grasped by plain, even illiterate, people to the point of the particular person’s capacity.”

Barnes used the millions Argyrol brought him to go on prodigious buying sprees around Europe. Back on US soil he put paintings up at his family home and when space ran out there, he started putting them up in the factory building, which he had since purchased. Documents from the Barnes Foundation Archives say paintings by Derain, Demuth, Prendergast and his childhood friend Glackens hung alongside works by Soutine, Picasso, Modigliani and Chirico here on 40th Street. Barnes used the paintings in his educational experiment. Some of the reactions documented can be found in the Barnes archives in Merion today. Here are some of them I uncovered in February. (Unfortunately, there’s no real evidence to link these reactions to the specific paintings. But each of the following works are in collection and may have hung in the factory.) 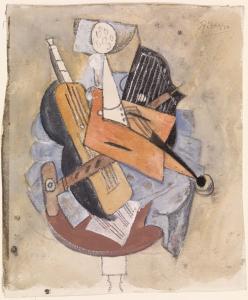 “I don’t know what it is, no, I see nothing in it.”–Margaret Mullin, factory worker. 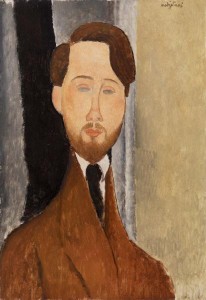 “I don’t care very much for this picture. I don’t see as much for a picture like this as I do a landscape. He is refined looking and neat. I like the colors. I think he looks intelligent.”–Unidentified worker

“I can’t say I am struck on him. I don’t care much for him, I don’t care for any of these long-necked things, well he hasn’t a bad expression, his eyes are the least foul part of him, a kindly, soft expression. The color is attractive, bright.”–Margaret Mullin, factory worker. 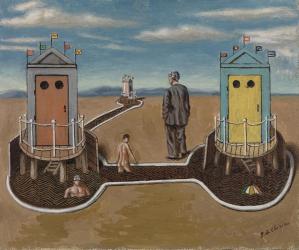 “Yes I like that picture, I see a building, flags, trees. I think there is a boat in the back. I like the shading, also the colors.”–Unidentified worker

“Yes, I like the sky, the houses on each side, I like the statue, I see some little flags. I like this picture the colors are very pretty especially the colors in the sky.”–Anna Smith

“Yes I like it. I see buildings, a statue, trees flags. It looks heavy to me. I like the colors.”–Nell Paden

“The results have been sufficiently encouraging to justify the attempt to continue the experiment on a larger scale through the medium of the Foundation,” said Barnes.

With the Argyrol business doing just fine without his daily input, in 1922 Barnes refocused his energies and established his eponymous educational foundation. He was a man with a mission again. It was during this time that Barnes commissioned, built, and filled the Merion gallery. Then in 1929 he got rid of AC Barnes Co. altogether, selling the formula and factory to another pharmaceutical company, Zonite Products Corporation. The timing was spectacular. A few months after the sale the stock market crashed. As for the drug? Argyrol eventually became obsolete when antibiotics, which promised to cure venereal diseases, came on the market.

Some six million dollars richer, Barnes bought another city home for his foundation, this time in more genteel surroundings. At 4525 Spruce Street, the mansion was a short walk away from the University of Pennsylvania, his alma mater. It was also the cause of an acrimonious and highly publicized fight with the City of Philadelphia. 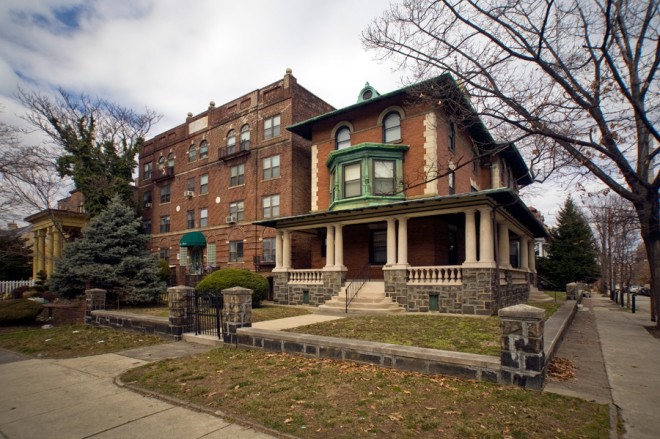 4525 Spruce, the source of Barnes’ first tiff with the City | Photo: Bradley Maule

After Barnes converted the the mansion into offices, the City sent him a tax bill for $756. It was a minor sum for a wealthy man, but he fought it tooth and nail on principle. Barnes insisted that the building should operate tax free because it was an educational institute. City officials disagreed. When repeated appeals by Barnes failed, he went to the court and put on a show. He got art experts, horticulturalists, and even his good friend the famous educator John Dewey to testify on behalf of the foundation. Together they used the court as a bully pulpit to explain Barnes’ educational policies.

And they had an answer for everything. When authorities said the mansion was too elegantly furnished to be mere offices, Barnes retorted that he bought the furniture from his former factory, that it was purchased as junk for $200. When asked why there was a kitchenette for the offices, the doctor said it was to provide lunch for his employees. When asked if any profits were made in the building, he jokingly said “only if the janitor runs a craps game…and I don’t think he does.” The City’s case crumbled. The victor donated the spoils to a police pension fund—just to show that it wasn’t about money.

Two decades later in 1951, Barnes met a violent end when he drove past a stop sign on his way to Merion. His body flew from the car after it collided with a 10-ton trailer. Barnes died instantly, in a characteristically dramatic manner. But of course the Argyrol legacy lives on. The Barnes Foundation is one of the greatest collections of impressionist and post-impressionist art in the world. Famously no longer in Merion, it’s only 20 blocks or so away from the 40th & Filbert factory that preceded it.