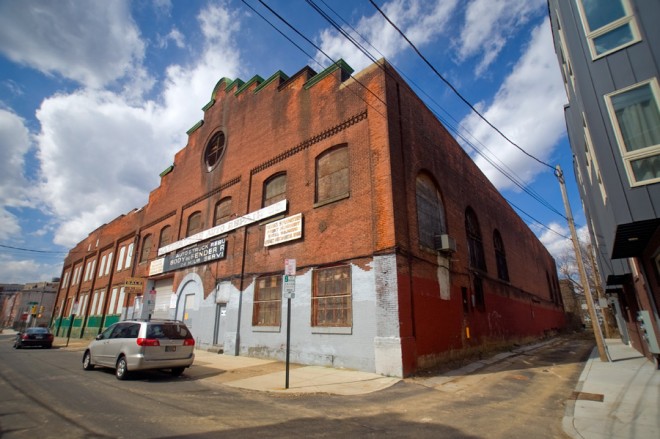 A zoning notice on the multitiered façade at 1221 Mount Vernon Street has announced that the end is nigh for Nationwide Auto Body Shop. The mechanics, who have been there since the 1950s, will soon be closing up shop, and if the Zoning Board of Adjustments gives its green light, a major overhaul will turn the 116 year old building into 40 housing units.

In March 1897 at the site of the current building, a major fire swept through the substation belonging to the Union Traction Company, killing two employees. Union, the company formed by the merger of the Philadelphia Traction Company, Electric Traction Company, and People’s Traction Company, salvaged what equipment it could and rebuilt around it that year. Union only lasted five more years before filing for bankruptcy and reorganizing as Philadelphia Rapid Transit, who in turn went bankrupt in 1939. Transit operations were then assumed by the new Philadelphia Transportation Company, the immediate predecessor to SEPTA. SEPTA still owns the building directly next door, on the corner of 13th & Mount Vernon, and uses it to power the 15 Trolley and the Ridge Avenue Spur of the Broad Street Subway.

The property on which 1221 Mount Vernon resides, meanwhile, wraps around the SEPTA substation, fronting on Mount Vernon and stepping back 171′ alongside Camac Street, which appears to receive very little use (and which doesn’t even appear on Google Maps). The western side of the property forms a T and goes out to a 13th Street curb cut.

The 14,000 sq ft building, due to its original nature as a power station, is largely windowless, which might be about to change. Plans submitted to the Poplar CDC by architects Harman Deutsch, whose offices are around the corner at 631 North 12th Street and whose work can be seen throughout the West Poplar neighborhood, indicate a major overhaul. 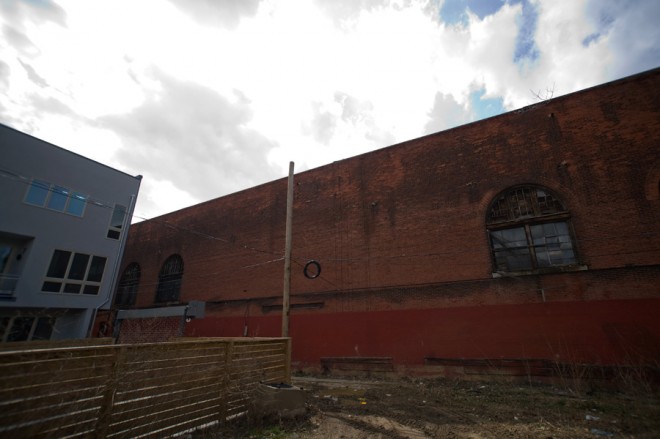 As the plans call for forty new units, and people generally favor living in places with natural light, the roof will be entirely removed, save for the trusses. Its replacement will feature a skylight the full depth of the building to provide that light, as well as a community corridor between the units. The new roof will also feature decks for each of the units, the existing exterior walls to stay as parapets.

Along Camac Street, new windows will be punched out of the long, brick wall, and home façades added to make it less industrial and more homey. This twist on façadism will also be applied to the public face of the building along Mount Vernon Street. The crow-stepped gable will be repointed and the oculus will remain, but the same painted steel and stucco townhouse frontage will be applied to the front. At the rear of structure, currently used for Nationwide employee parking, six additional three-story townhouses will be constructed. 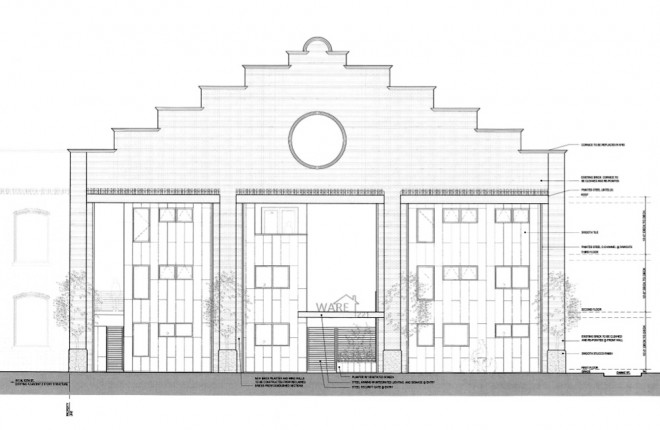 It’s a significant amount of change for the former substation, which was once a pseudo twin of the existing and active SEPTA substation next door. (See this 1900 photo from the Hagley Digital Archives HERE.) The change goes before the ZBA on Wednesday, April 3rd, at 2pm.