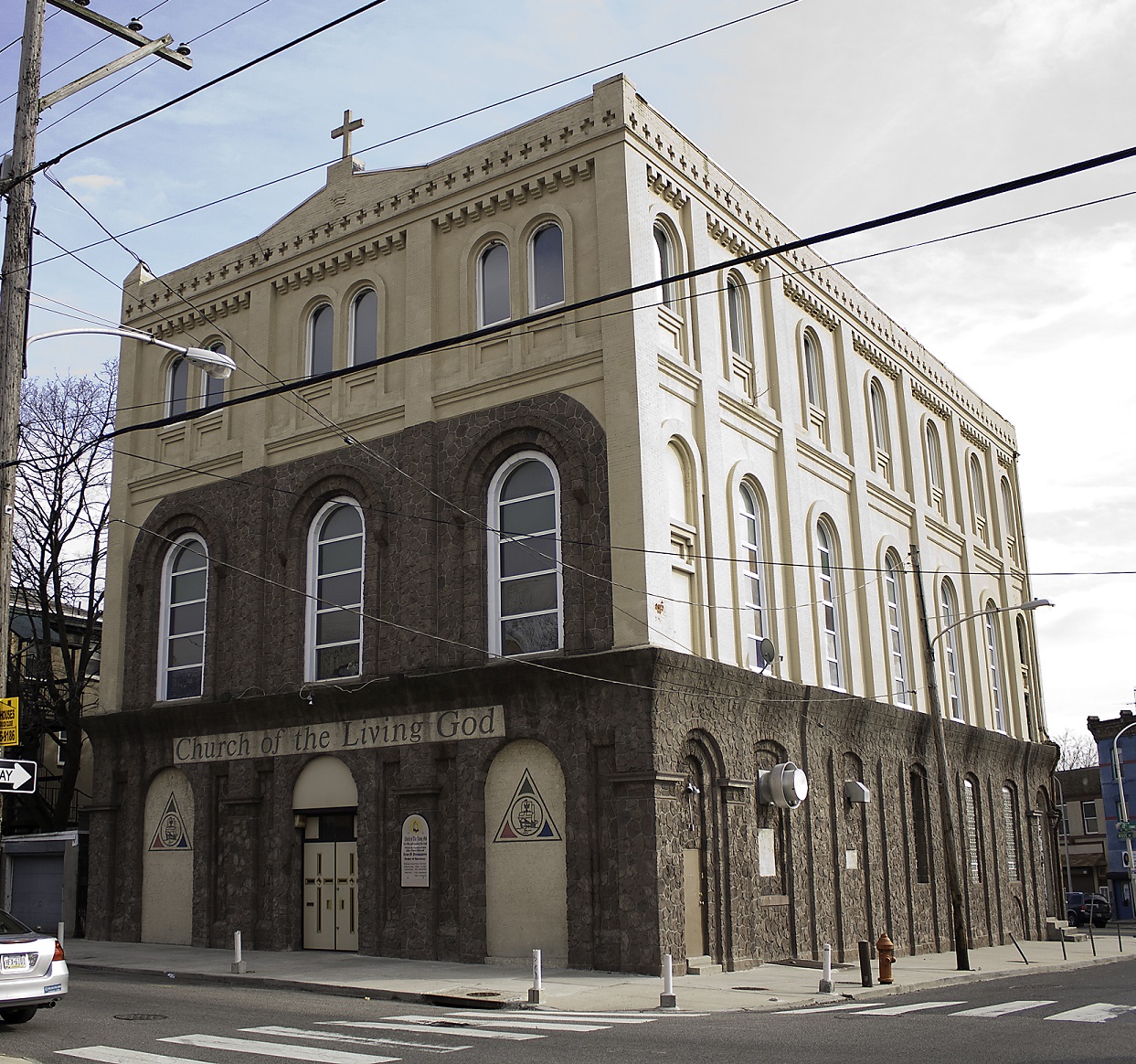 Ridge Avenue bifurcates Francisville, splitting the neighborhood into to two triangles. The southwest triangle–once part of a neighborhood called Vinyardtown owing to its connection to William Penn’s Springettsbury estate, which contained a vineyard–is defined by its odd, angst-causing diagonal street design. The northeast triangle was a private 300-acre estate until 1837. The usual Philadelphia street grid was platted into this area around this time, and by the end of 1840, a new neighborhood called Green Hill, after the old estate, was well under construction. 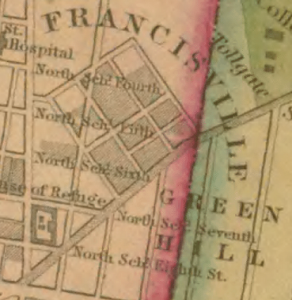 Across town, at the start of the 1850s, talk began of removing the old market sheds that had run down the middle of High (Market) Street for the previous 140 years. Newly formed farmer organizations had begun to advocate indoor market houses to replace filthy outdoor markets. The first of these indoor markets failed because they couldn’t compete with the massive High Street Market. Nonetheless, once it was clear that the Pennsylvania Railroad intended to build a line straight down High Street, a second wave of private indoor market companies formed at the end of the 1850s.

On April 6th, 1859, one such organization was incorporated under an act of the Grand Assembly of the Commonwealth of Pennsylvania called the Green Hill Market Company. Part of the act read:

And erect they did. By the time the old market sheds on Market Street (High was re-named Market in 1858) started being removed in December 1859, construction of the Green Hill Market was well underway. The 15,000 square foot building that resulted would become something of a community fixture. Not only was there a farmer’s market, but an event/meeting space on the upper floor called Green Hill Hall. Local neighborhood clubs such as the Green Hill Literary Association would meet and hold events. A mission school ran out of the Hall during the day. 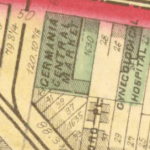 Around 1870, with the neighborhood evolving, the old Green Hill Market became known as the Germania Market, and the hall, Germania Hall. At the same time, the Hall became the temporary home to the Second Church of the Restoration Universalist until they moved to their home on the 1600 block of Master Street in 1872 (it still stands). By the time Poplar Lane was renamed Poplar Street in 1873, the Germania Market was too small to serve the needs of the neighborhood, which was growing quickly due to the extension of trolley lines and the explosion of industrial wealth in North Philly.

The Ridge Avenue Farmer’s Market opened in 1875 as a replacement for the Germania, offering added amenities such as a stable for horses and an attached hotel for visiting farmers. The Germania Market stayed open until about 1887, but was more often used for events than bratwurst. Everything from concerts to socialist rallies were held during this period, when it was most often called the “Germania Hall and Market.”

Around 1889, one Gilbert L. Parker purchased the building and moved his company, the Northwest Storage and Trust Company, into the space. For the next three decades, the old market served as a high-end storage bin that held the fancy furniture, silverware, and art pieces of the nouveau riche. At the same time, Memorial Hall near Eighth and Girard became the new Germania Hall. At the turn of the 20th Century, Parker sold the northeast portion of the old market’s property to the Commonwealth of Pennsylvania. At this location, the state set up a health dispensary that in 1916 became the state’s first-ever STD clinic. The old Green Hill Market would later be known as the Parker Estate after Northwest Storage and Trust folded in the late 1920s. 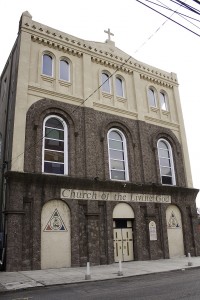 The building was converted into its current use as a church in the mid-20th Century, changing hands several times before being purchased on August 20th, 1973 by its current owner-occupant, Church of the Living God, The Pillar and Ground of the Truth, Which He Purchased With His Own Blood, Inc.

Today, the 153-year-old building is in pretty decent shape considering its age. The exterior has been heavily altered: a stone cladding on the ground level, layers of paint cover the original brick facade, a crucifix installed at the top. Nonetheless, the building still has the same impressive presence it must have had in 1860. On top of that, it has outlasted two of its replacements. The Ridge Avenue Farmer’s Market was torn down after the roof collapsed in 1997 (though the hotel still stands) and the new Germania Hall was taken down in the mid 20th Century.  As real estate activity heats up in Francisville, we have to hope one of the it is comforting to know that one of its original pieces will remain for years to come.