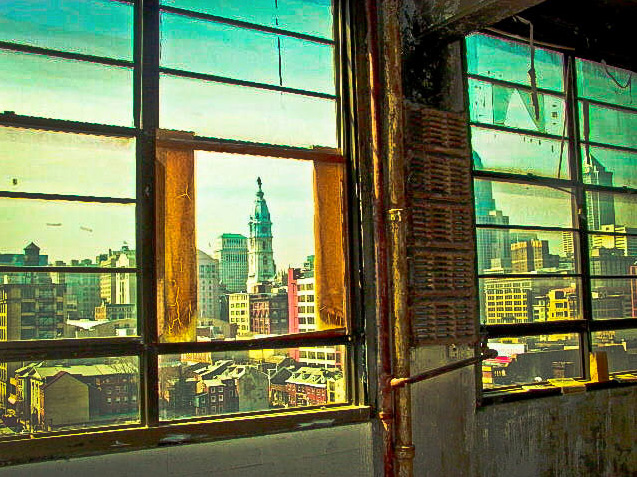 Brad Maule’s update at the Goldtex saga brought us a look at the progress of its transformation. Where there will soon be studio apartments starting at $1,395/mo (and penthouses going for $5,995/mo), there was—very recently—not much of anything. There were people inhabiting the building, but they certainly weren’t paying $1,395/mo.

The building, which shuttered in the late 1990s, had become a squatters haven, a popular space for junkies and graffiti writers. Theresa Stigale took a tour of the building in 2003—and her photos show it. (In the best possible way.) Her photos have a certain pixel-patina, with post-processing she describes as “Instagram before Instagram.” This is her gallery.

Six years later, Ethan Wallace gave himself a tour of Goldtex on a sunny summer day. By 2009, four short years ago, Goldtex was as far from active use as it ever had been. As Ethan describes it, “at its lowest point,” which his gallery here illustrates. Fair warning: some of the photos are graphic.