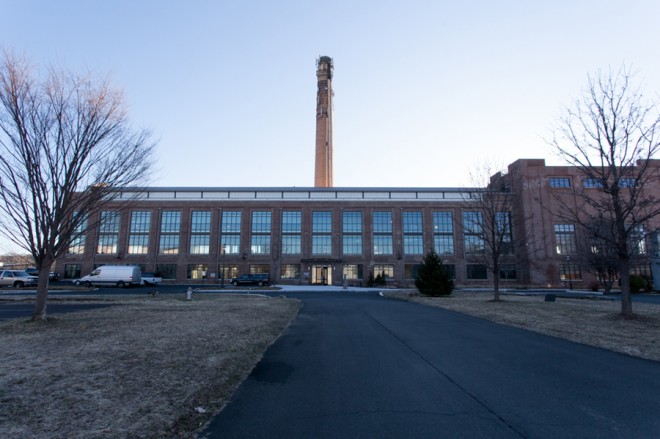 Ambler’s recent revitalization may be a textbook example of how to transform a sleepy town into a thriving suburban destination. Until recently, however, an industrial hulk has lurked just across the tracks from Main Street, apart from the rejuvenation.

The Ambler Boiler House, built in 1897, served as an asbestos plant for the Keasbey & Mattison company until the company was ravaged by the Great Depression. The 48,000 square foot building was eventually left vacant in the 1970s, declared a brownfield, and subjected to remediation by the Environmental Protection Agency. For decades, it served as little more than an eyesore and a draw for urban exploration enthusiasts and budding graffiti artists.

But after nearly 10 years of setbacks and another crushing financial crisis, the Ambler Boiler House has risen from its industrial ashes, reborn as a multi-tenant office building that employs an outline of smart, modern design features—alternative financing, substantial green features, historic preservation, transit-oriented design, and brownfield development. 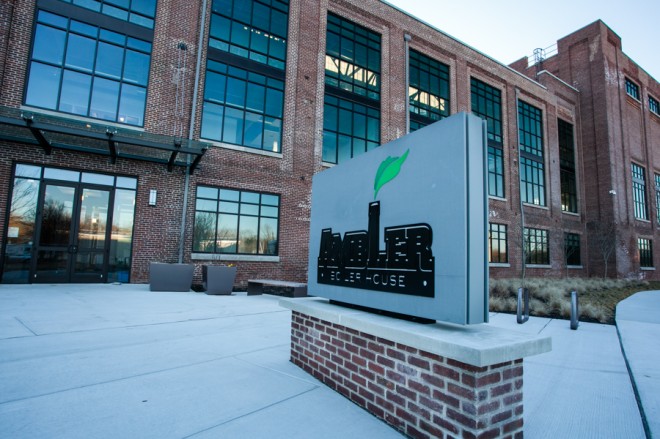 Welcome back: the entrance to the revitalized Ambler Boiler House | Photo: Dominic Mercier

Despite significant challenges, Summit Realty Advisors saw major commercial potential and purchased the property in the early 2000s. It’s a stone’s throw from Ambler’s SEPTA Regional Rail station and situated in what Philadelphia Magazine called one of “10 Awesome Neighborhoods to Call Home” in 2010. The greatest challenge was financing its $16 million price tag, the last portion of which was acquired in 2011 in the form of a $2.5 million low-interest loan from the regional EnergyWorks program.

Heckendorn Shiles Architects led the renovation, which was recently awarded LEED Platinum status from the US Green Building Council. Principal Matt Heckendorn says the firm’s goal was to create harmony between an existing industrial shell and the envisioned sophisticated office space for five to seven tenants, two of whom are already in place. 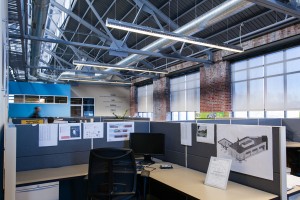 “Overall, the design objective—and challenge—has always been the marriage of this remarkable vestige of Amber’s industrial past with the needs of a Class A office space,” Heckendorn says.

The project has the hallmarks one would expect in a LEED Platinum project: reclamation of the masonry shell and roof truss system, a geothermal heat pump with 53 wells, low-VOC interior finishes, bike racks and changing rooms, and a grey water system. While it would be easy to single out any of those features, it’s the combination of all of them that makes the project special, Heckendorn says.

“I think, perhaps, the more interesting sustainable aspect of this project is the very nature of the project,” says Heckendorn. “We redeveloped a deteriorating and graffiti-strewn brownfield, adaptively reused a beautiful and historic industrial shell, and provided a new workplace within a two-minute walk of the SEPTA train station.”

That walk is just long enough to take a good look at the old structure epitomizing Ambler’s new vitality. 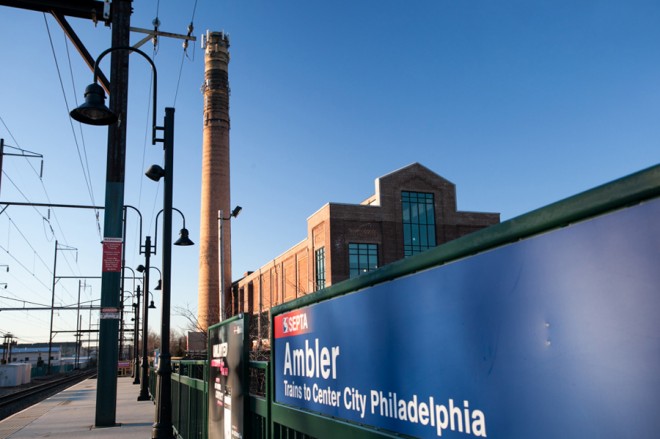