At Broad And Dauphin, The Doll Museum Lives On 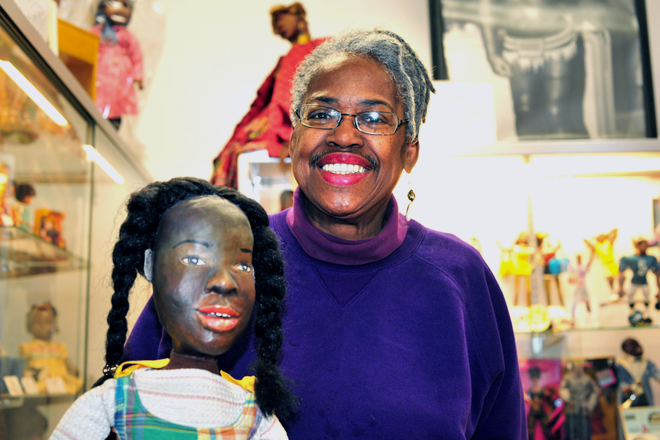 The Philadelphia Doll Museum lacks the high-tech exhibits and interactive features now considered standard in museum displays, but more than compensates by presenting a powerful object history in a uncomplicated setting. Once one of five grassroots cultural organizations based out of the brownstones that line the 2200 block of North Broad Street between Susquehanna Avenue and Dauphin Street, Barbara Whiteman’s museum is the only organization that endures. I sat down with Whiteman, the museum’s founder and sole proprietor, to talk about the museum’s past, present, and somewhat uncertain future.

After graduating from Temple University you worked as a nuclear medicine technologist. It certainly begs the question–how did you become interested in dolls?

BW: My background really doesn’t have much to do with collecting dolls, other than the fact that if you’re a biology major, you have this curiosity. I was interested in learning about black history and African history because I was part of this culture, but never had a complete sense of the history. Collecting became about finding out more about my history. I was collecting African art, books by famous African writers, and paintings. And then I found Black Memorabilia, which was a group that collected these artifacts of history. 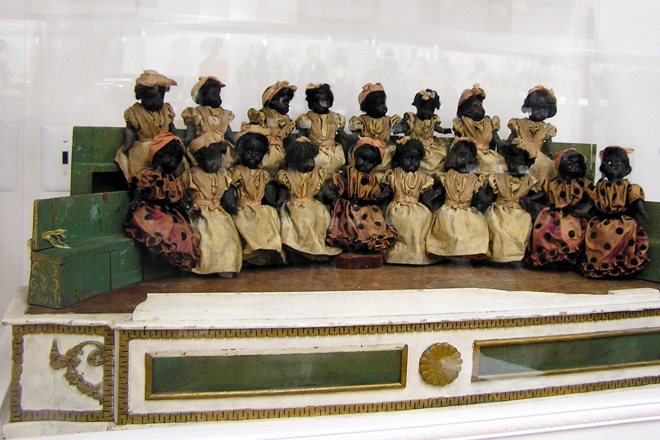 I started collecting dolls when I was part of the memorabilia group. I went to an antiques show hoping to find ancient African art, but ended up seeing black dolls from Europe. My curiosity was piqued. I never associated black dolls and European history. That’s what led me to look for black dolls. I didn’t want to collect pretty-faced black dolls. I wanted to associate my dolls with black history and black culture.

You grew up here in North Philadelphia–but that’s not why you decided to locate the museum here.

Broad and Dauphin–this is my home. I am a North Philadelphia girl even though I’ve lived in different parts of the city. I went to elementary school here, my church was here. But that has nothing to do with the museum.

I was a member of an organization called the African Culture Coalition. The coalition owned this building, but moved up the street, leaving it available. I took early retirement to start the museum. Prior to having a facility, I was talking the dolls to different schools and organizations to present the history. That caused a lot of wear and tear going from my house to wherever, and then bringing them back. It had gotten to the point where my house was full of dolls. That’s how I got to this particular corner. I’m home again. 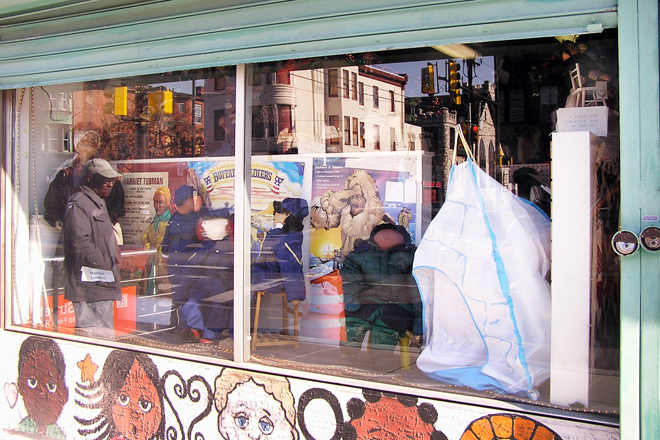 We usually say we have over 500 black dolls. Besides the black dolls, we have dolls representing all cultures. When you come, you see my primary collection of black dolls, but we hope to put the others on display. We have antique dolls from Germany up until modern action figures of athletes as well as modern holiday Barbies, so we go from a hundred years old up until yesterday.

Do you have a favorite doll? If so, what story does it tell?

I don’t have a favorite doll per se because all of the dolls have a little bit of history. When you look at a doll, you have to ask “what year was this doll made?” and “what was going on in the black community?” There are rag dolls that have become favorites because someone made them for someone else. They carry that history. 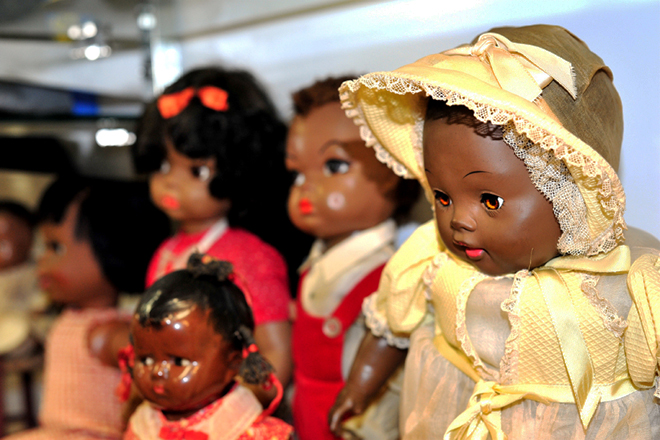 The museum isn’t quite on every tourist’s itinerary–who comes to the museum?

The museum is faring well. We get visitors from all over the city and from different countries, but we’re not on the museum path. We’re not in a historic district and we’re not in the Parkway district, we’re in a neighborhood setting. Most of our visitors are looking for dolls and are willing to come to North Central Philadelphia.

But doll museums in particular seem to be struggling. How do you survive and where do you see the museum going in the next 10 years?

I want to be here! We want what all museums want, we want more money. All museums–small and large–have been affected by lack of funding. More revenue would pay for staff, renovations, and the types of things that would make the museum more productive.

In the last five years, about fifteen doll museums have closed. That scares me. How are people seeing dolls? How are dolls being preserved? I mean, collecting dolls is number one or two beside stamps and coins. I hope that the people who collect dolls understand their connection to history as well as the value of the relationship between children and their dolls.