Wanted: An Identity For East Girard 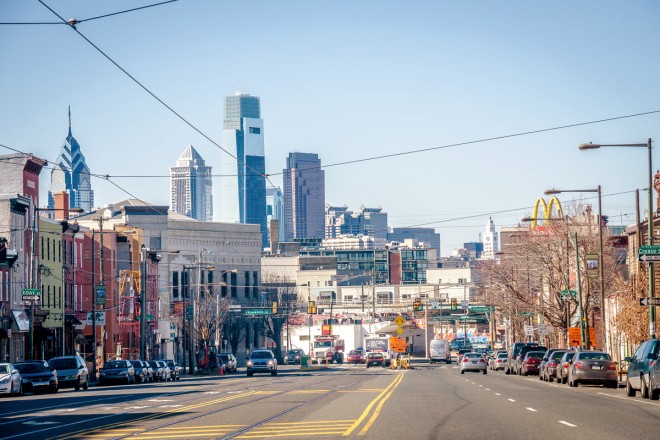 If someone were to ask you to describe East Girard Avenue, how would you respond? A potential grand boulevard hampered by traffic and pedestrian obstacles? A mix of new and long-established businesses and restaurants? A car-friendly stretch that is particularly daunting–sometimes terrifying–to those on foot or bike?

The New Kensington Community Development Corporation, which serves the corridor that stretches along Girard Avenue from Front Street to I-95, is hoping to distill and transform those many notions through a recently launched district marketing plan. With funds from the City’s Commerce Department, NKCDC is working with urban planning and design firm Interface Studio and the branding agency Letter 27 to create a cohesive strategy to market East Girard as a destination, complete with new logo, streetscape design guidelines, collateral communications pieces, and an online presence. Girard Avenue west of Front Street received new sidewalks, granite curbs, and street trees in 2010.

While it has its own unique challenges, NKCDC economic development director Angie Williamson is hoping East Girard Avenue can enjoy the same success of nearby Frankford Avenue, home of the Frankford Arts Corridor, which features a similar mix of old and new businesses in a traditionally working class neighborhood that–with NKCDC marketing support–are blooming. 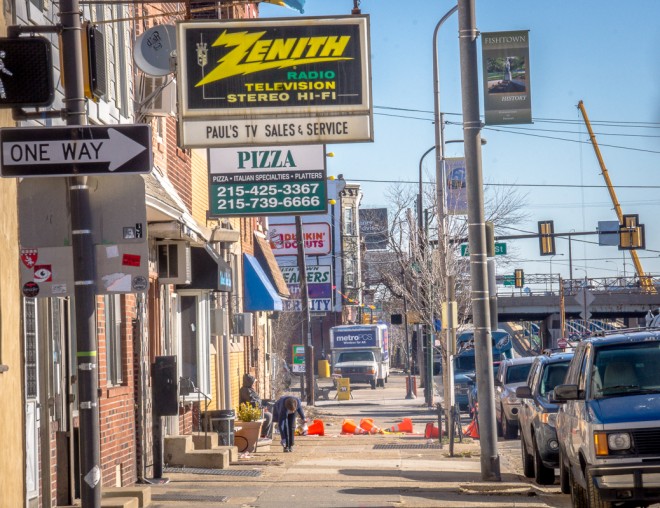 “What makes Fishtown special is the blending of both [old and new],” Williamson says of the businesses, “and we don’t want to dilute that. We’re looking for something to make East Girard stand out.”

The identity seeking process, Williamson says, kicked off February 15 with a stakeholders meeting featuring 11 district business owners, both old and new. During the meeting, representatives from Interface Studio and Letter 27 presented findings from walking assessments and business owner interviews.

Williamson adds that the stakeholders all believe that in order to support the businesses that have been there for decades while embracing emerging venture, sthe branding and marketing should not veer too far to the traditional and historic or the sleek and contemporary .

Leah Murphy, a senior associate at Interface Studio, agrees, noting that one of the biggest challenges facing the project could be drawing too much attention to the district and disrupting its old/new balance. The goal, she says, is maintaining it’s “everyday main street” ambiance while promoting Girard as a neighborhood-serving corridor as well as a nightlife destination.

In order for the project to be successful, the firms will have to tackle Girard Avenue’s particularly difficult streetscape. Facing a very wide roadway dotted with unsightly infrastructure Murphy says they’ll also be creating placemaking strategies to enhance how the corridor is experienced. 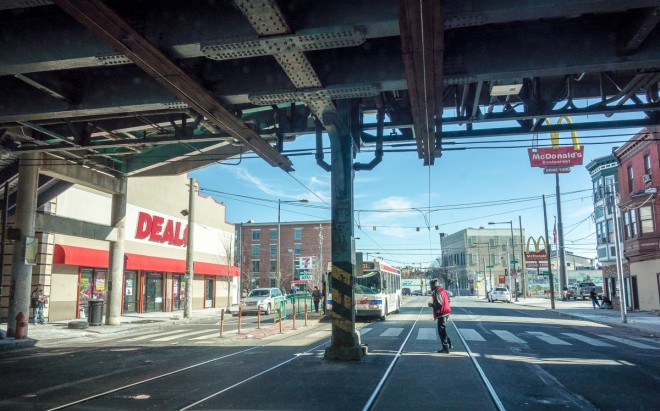 “If you think of Girard Station as a gateway to East Girard, it doesn’t exactly make the best first impression and certainly doesn’t say ‘welcome to East Girard’,” she says. “Frankford and Girard is a confusing and potentially dangerous intersection, whether you’re passing through on foot or by car or waiting for the trolley–and good luck if you’re braving it on two wheels.”

At the same time, she notes, “it’s a great opportunity to create a sense of “place” or “arrival,” given that it’s such an lively crossroads of activity.” 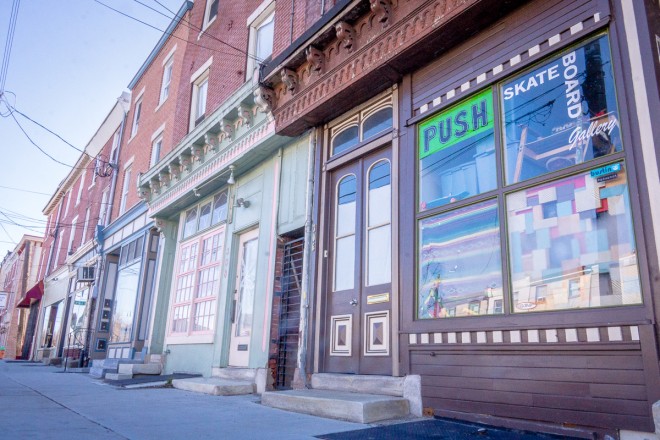 On top of the marketing plan, with funds from Local Initiatives Support Corporation’s Corridors of Retail Excellence program, NKCDC is also working to put ideas into play on an experimental block, the east side of Marlborough to Oxford, 306-316 E. Girard. Work here will concentrate on façade upgrades and visual merchandising to demonstrate low-cost but high-impact revitalization ideas. Both projects are expected to be completed in the early summer.