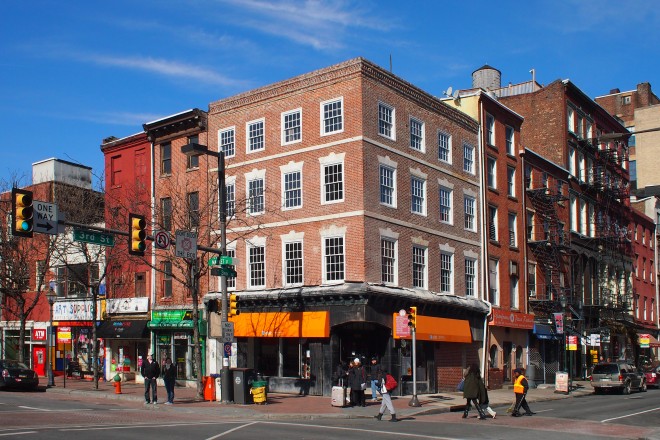 A longtime Old City eyesore and one of the oldest commercial buildings in the city–and once the tallest–was recently restored. The careful exterior restoration of 301 Market, which revealed handsome stone lintels, was completed late last year by the building’s Florida-based owner, who was advised by Randal Baron, a staff preservation planner at the Philadelphia Historical Commission. 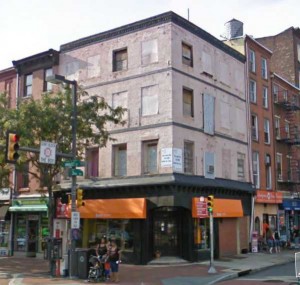 The building, which dates back at least as far as 1795, when Philadelphia was the United States capital, is on the Philadelphia Register of Historic Places. An AT&T retail store occupies the ground floor.

Exacting 18th century Federal style windows have replaced the boarded up window openings. The Old City building’s previous color, a sickly faded pink, is no more, for the brickwork has been restored to the shade of Philadelphia red that one would expect.

In the 1918 book Market Street, Philadelphia: The Most Historic Highway in America, historian Joseph Jackson notes that 301 Market was “one of the few ancient buildings still standing on Market street.” It was supposedly the first four story building in the city. 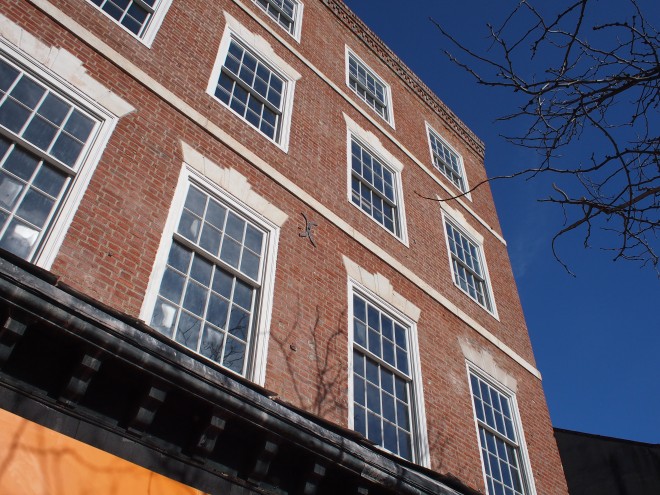 The building was put up sometime around 1795 by the iron and hardware dealer Richard Wistar, grandson of Caspar Wistar, who came to this country from Germany in 1717 and established what was probably the first glass factory in the colonies near Salem, New Jersey. Caspar spelled his named Wüster, but it was registered here as “Wistar.” When Caspar’s younger brother John, arrived ten years later, he was registered with the surname “Wister.” The two spellings of the famous Philadelphia name exist to this day. Richard’s brother Caspar, a physician, would become one of Philadelphia’s conservative elite. He was known for the “Wistar Parties” that he hosted at his house on Fourth Street.

Richard Wistar was raised a Quaker but eventually was read out of Meeting for supporting the armed Revolution. He married the daughter of Captain Samuel Morris who, although a Quaker, fought in the Revolutionary War. Wistar advocated the defense of his property by arms.

Richard’s great uncle John lived only a few doors away, at 325 Market Street. When John purchased it, the property was thickly covered with blackberry bushes. Instead of cutting these away, John Wister gathered the berries and converted them into wine. He became so successful at this that he began to import wines from his native country. Successive generations of Wisters carried on at 325 Market as dry good merchants. 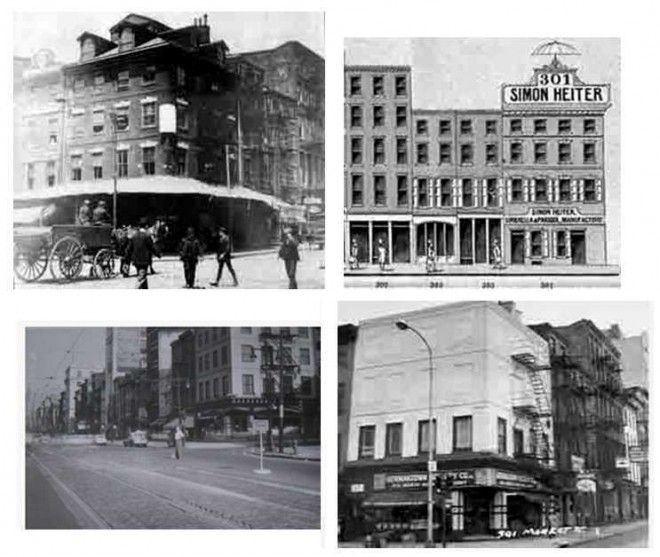 historic images 301 Market Street. (images are from a variety of sources, as collected at www.brynmawr.edu/cities/archx/05-600/proj/p1/grps/web-content/301-305.htm)

With his profits, Richard bought lands and several houses throughout Philadelphia. One house, which he called Hillspach (after his ancestral German home), had been built at Fifteenth and Spring Garden Streets as a country residence. He once remarked that that he could see men constructing his Third and Market building from Hillspach, indicating how sparsely built Philadelphia was in the 1790s. Richard was also an inspector of prisons, and was one of the early friends and supporters of the Library Company of Philadelphia and the Pennsylvania Hospital. He attained a reputation for punctuality and is said to have lived by the maxims and proverbs made familiar by Benjamin Franklin in Poor Richard Almanac. 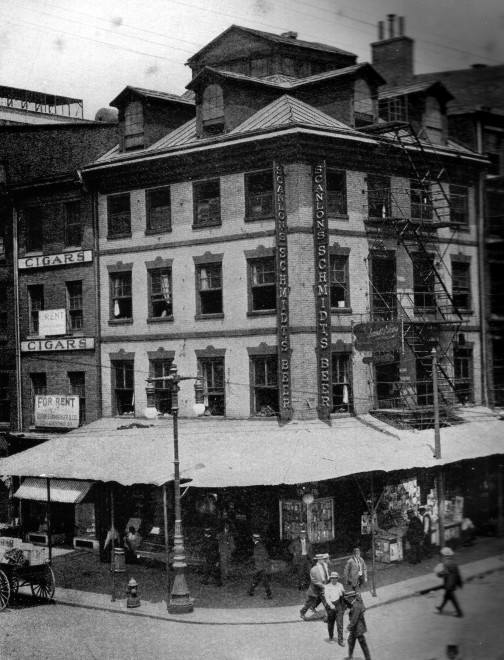 Besides Richard Wistar’s iron and hardware business, 301 Market Street has a long history of housing retail operations of all sorts on the ground floor, just like the other buildings on the block. After Wistar’s shop closed in 1814, the Philadelphia Post Office moved in. The structure was an umbrella and parasol factory by 1860 then a saloon selling Schmidt’s beer by the 1910s. In the mid-20th century it was the Germantown Hosiery Company. More recently, it has been a hardwood flooring shop and a Jack’s Camera’s outlet.