Any ice today, lady?
It’s nice today, lady;
How about a piece of ice today?
Tell me why you don’t order
Some Eskimo water,
Though your credit’s good, I wish you’d pay!
Yes, ma’am, yes, ma’am,
I’ll give you a premium;
No, ma’am, no, ma’am,
Not enriched uranium;
I feel so silly;
I’ll hand you a lily,
Oh, lady, be good to me!
—Fred Waring Orchestra, “Volume 1: The Collegiate Years”

At the height of the American industrial revolution at the turn of the 20th century, when cities like New York and Philadelphia were growing explosively, ice–that simplest of commodities–was in high demand for the supply was limited.

The ice trade, also known as the frozen water trade, was centered on the east coast of the United States and Norway. Ice was cut from the surface of ponds and streams, then stored in ice houses, before being sent on by ship, barge or railroad to its final destination around the world (ready access to lake ice was one reason why cold weather Chicago was the meat packing capital). Ship board ice storage meant significant growth in the fishing industry. Available ice lead to large scale production of ice cream.

The citizens of New York and Philadelphia became huge consumers of ice especially during long hot summers. Additional ice was harvested from the Hudson River and Maine to fulfill the demand. But significant sources of natural ice became contaminated from industrial pollution and sewer runoff. Engineers thus sought a way to manufacture ice on demand to supplement stored winter ice. 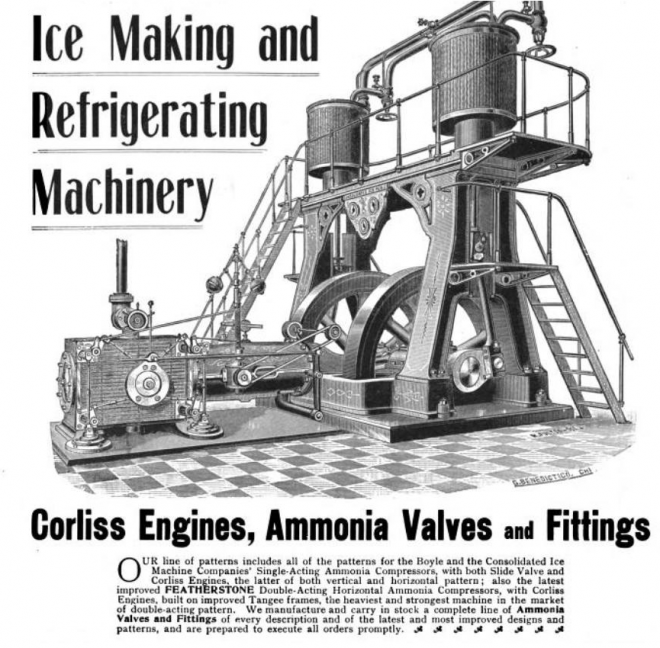 A solution was a steam engine to run a compressor with a refrigerant of ammonia–the birth of centralized refrigeration. The ice was still distributed by wagon to local businesses, restaurants, and homes to be placed in an ice box.

At least in Kensington, Frankford, and Richmond, competition was stiff and ice manufacturers often engaged in price wars. “The American Ice Company is practically without competition in the city except in the north eastern section, locally known as the Kensington district,” said the New York Times on November 26, 1900. “In the district there are three independent companies, the Consolidated, The Kensington Hygeia and the Jefferson. The price of ice on the platform has been $4 a ton. Last week the American Ice Company reduced it to $3 a ton…To retaliate, the Hygeia company will to-morrow cut the price to $1.50 a ton.”

At its main plant, Kensington Hygeia continued to innovate. According to this June 1901 advertisement, “The Kensington Hygeia Ice Co Philadelphia Pa is improving its plants by the installation of new ammonia condensers supplied by the Fred W Wolf Co of Chicago.” In just a few years, rapid technological advancements made manufactured ice cheaper than harvested ice and larger companies, such as brewers, installed their own steam compressors. Ammonia systems could explode and were too bulky and expensive for smaller firms.

In-home electric refrigerators–using freon and hermetically sealed cooling units–became available in 1925. Due to the expense, widespread implementation of the familiar looking refrigerator did not take place until the 1940s, particularly after the end of World War II. Until then, the ice man delivered ice to consumers just like the milk man. In New York City alone, 1,500 wagons were needed. 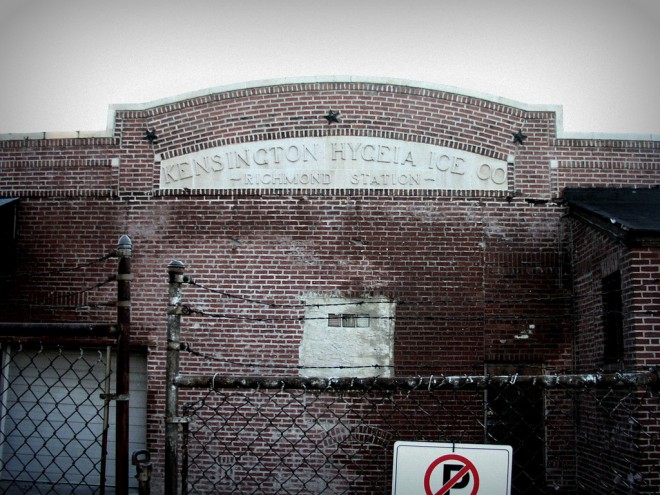 While this distribution branch of the Kensington Hygeia company remains at Commissioner and Miller Streets in Port Richmond, presently being repurposed as a daycare center, the company’s main plant at Trenton and Huntington Avenues in Kensington (pictured above in the Hexamer Survey) was demolished, replaced by a Jacquin’s Liquor warehouse. 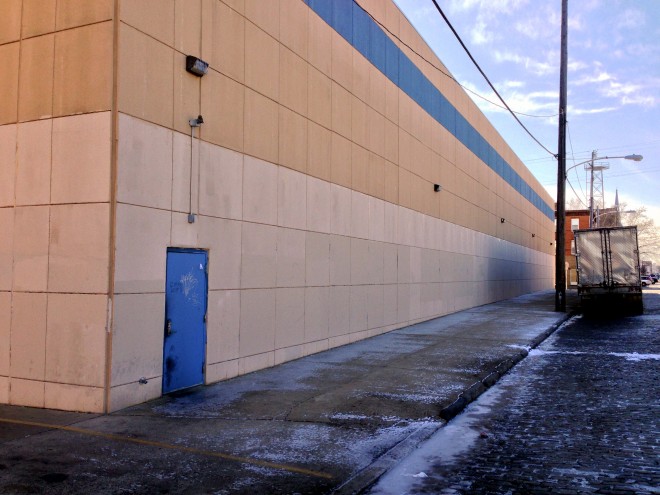 The massive American Ice Company’s plant at Ninth Street and Washington Avenue in the Italian Market was demolished in 2008 for a prospective mixed-use development.

Michael Klusek Michael Klusek is a photographer, webmaster, and fan of old buildings. He thinks nothing is more fun than urban treks with camera in hand, open to be surprised by what is around the next corner.