Do Historic Districts Add Up? 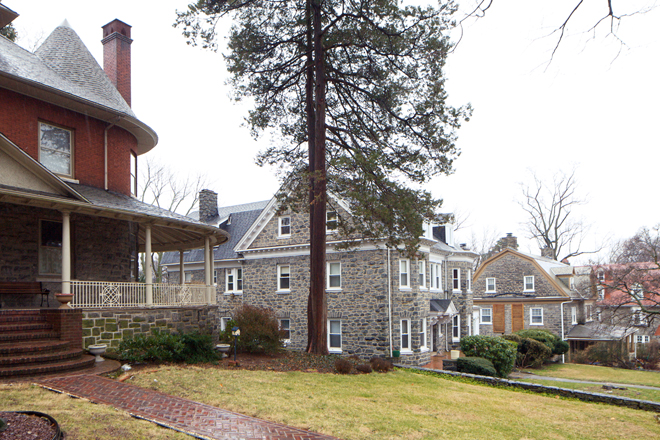 For years, advocates of historic preservation have been working to get the far West Philly turn-of-the-century neighborhood of Overbrook Farms designated a “historic district” on the City’s Register of Historic Places. This would complement the neighborhood’s place on the National Register, and impose restrictions on renovation and demolition. The city would review and approve any structural or cosmetic changes that residents wanted to make to their homes.

The effort has been at a standstill since September 2011, when a group of residents began to protest what they saw as too much government intervention on private property. The strongest complaint was economic: not everybody in the area, these opponents said, would be able to afford the financial burden of maintaining a circa-1900 home.

RJ Krohn, a resident of the neighborhood and the musician known as RJD2, circulated an anti-district petition in sympathy with his less well-off neighbors, telling the Daily News that some had “voiced some very serious concerns about being able to withstand the burdens that historic designation would bring.”

In the ongoing detente, there’s been little discussion of whether this economic “burden” would actually exist–or on the designation’s economic impact in general. Dig a little deeper, and you’ll find that this is one of the most considered topics in historic preservation circles.

Traditionally, preservationists have touted the ability of designation to drive house values higher. “Most studies in the area of preservation economics, done by lots of people using lots of methodologies, show that there will be a positive effect on the value of properties in local historic districts,” says Donovan Rypkema, the principal of PlaceEconomics, a DC-based consulting firm that studies the issue full-time.

Rypkema was contracted in 1998 to coauthor a report on this subject for the Preservation Alliance for Greater Philadelphia, a preservation advocacy group. The report, which read more like a brochure than an academic study, linked Philly’s historic neighborhoods to both higher incomes and increased diversity. A second, more complex study was carried out by the firm Econsult in 2010. This also found positive economic effects of designation, including greater investment, employment, and tourism dollars.

“We sort of got the answer we were hoping to get” from the reports, says Preservation Alliance advocacy director Ben Leech. “They reinforced our belief that when neighbors choose to pursue the designation process, it has been very successful.” 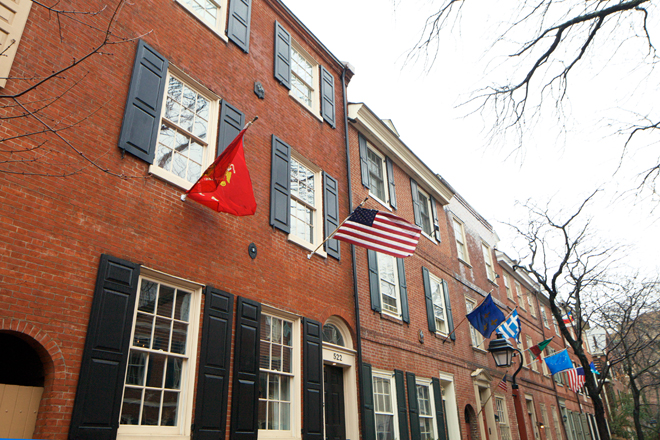 And ultimately, higher real estate values equal a stronger tax base city-wide. For a city that struggles to provide basic services, historic districts might then be seen as a component of an overall economic development strategy. But not everyone sees rising property values as desirable. In a poor city, effects of gentrification weigh heavily on politicians, who must face constituents’ anger over rising tax bills and neighborhood change.

Opponents of historic districts used to argue that districts would drag down property values because of the restrictions on growth. “In the last decade, that has really reversed,” says Rypkema. “Now people are saying that it’s going to increase property values, and therefore taxes are going to go up.”

At least one study has borne out this concern. In the out-of-print 1983 book Revitalizing American Cities, Michael Schill and Richard Nathan looked at two decades of census data from the Society Hill historic district. They found a marked increase in average income, a strong shift from nonwhite to white populations, and more owner-occupied units displacing rentals. In that case, the historic district, in effect, pushed people out. (The creation of a Society Hill historic district, however, was one relatively small factor amidst many interrelated policies–incluing federally funded Urban Renewal–that effectively transformed the neighborhood.)

Rypkema says there are remedies for this. When a homeowner’s property gains value, he may have to pay more taxes, but he also holds more equity. Rypkema suggests programs that defer property tax payments until an owner sells his home as one possible solution. “What this is doing is building wealth and long-term benefit,” he says.

He has written about the intrinsic value in an old building that gets lost when it’s torn down and something new has to be constructed. Better, he says, to make use of what previous generations have already paid for, and use quality materials to keep it in good shape for the next. Preservation also requires skilled planners and craftsmen, and restoring old buildings can bring employment and investment to an area.

It’s hard to convince a homeowner that a custom renovation costing thousands of dollars will work in their favor over time. A 2001 study of historic areas in Chicago by Peter Schaeffer and Cecily Ahearn Millerick found that a national historic district (which doesn’t carry restrictions on development) caused home values to rise, but that more restrictive local districts did not. “The results suggest that buyers perceive the cost of the [local] preservation efforts to be higher than the benefits,” they wrote.

Still, historic designation is something of an insurance policy against neighborhood decline, and other studies have shown it to gird neighborhoods against boom-and-bust shifts in property value. “Historic district designation may serve a function similar to that of a designer label; it guarantees the quality of the merchandise, reducing the uncertainty facing the buyer regarding the future value of the purchase,” wrote Schaeffer and Ahearn.

If homeowners or speculators want the best of both worlds, they might want to look just outside a district’s borders. Self-interested residents adjacent to a district can enjoy well-preserved neighbors without the restrictions of designation. “There’s circumstantial evidence that the biggest increase in property values is just beyond the borders,” says Leech of the Preservation Alliance. “There’s a lot of speculative development at the fringes of a district.”