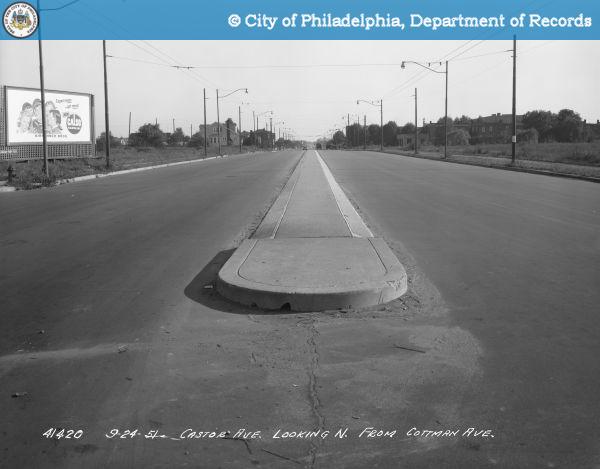 After some research, I think I can finally pinpoint the moment when suburbia went off the rails.

It was February 1954. The City Stores Company, owner of Lit Brothers, opened the department store’s first-ever new-from-the-ground-up branch at Castor and Cottman Avenues in the central Northeast. Three years earlier, the streetcar line the city had built in the 1920s up Castor Avenue to Bustleton in the Far Northeast was removed and replaced with a trackless trolley line–a signal that the still largely empty land around the Castor and Cottman intersection would be developed to accommodate the car.

We live today with the consequences: the Northeast is burdened with formless, aggressively pedestrian unfriendly shopping streets, a factor that the City Planning Commission will attempt to mollify through the just beginning process of the Central Northeast District Plan. 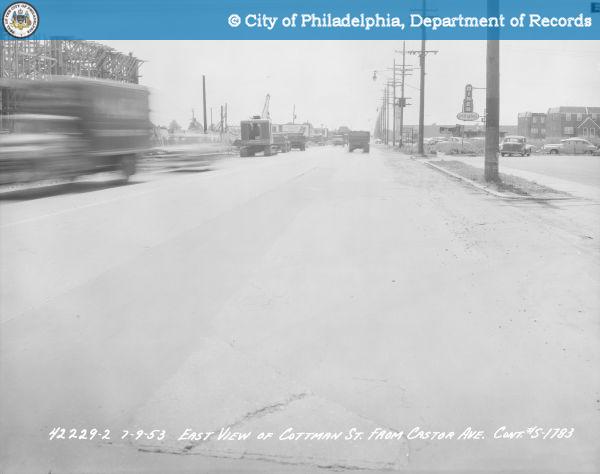 Cottman Avenue looking east from Castor, 1953. The new Lit Brothers store is under construction at left.

Even still, the new Lit Brothers shopping center accommodated both the car and the pedestrian. The Cottman and Bustleton shopping center was certainly geared to the car–it had plenty of free parking–but the parking lot was placed behind the stores, whose fronts hugged the street. Photos from the period of construction show that the area around Castor and Cottman was largely virgin territory then. And the first commercial development around the intersection respected the street and the sidewalk. 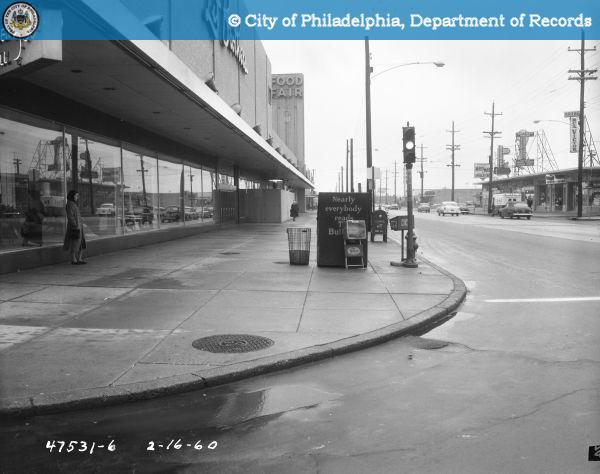 The Castor and Cottman intersection, looking east on Cottman, in 1960.

As the photo above from 1960 shows, the commercial development that came along with Lit’s opening likewise respected the street, as did the buildings that sprang up across Castor from the center. Signs pointed to the emergence of a decent suburban crossroads that could be navigated by motorist and pedestrian alike–a center of low-scale commercial urbanity not unlike the intersection of Cottman and Frankford avenues a few miles east, the central intersection of Mayfair, anchored by a movie theater and neighborhood stores.

But look in the photograph’s distance, you can just make out the disintegration that had already begun. As the stretch of Cottman from Castor to Roosevelt Boulevard evolved into the Northeast’s “downtown,” it looked less like a real one than that nascent 1954 crossroads. Developers moved the parking from behind the stores to in front of them, exploding the street wall and discouraging the casual stroller from taking a walk down Cottman. (Never mind that few probably did so even before 1960.) 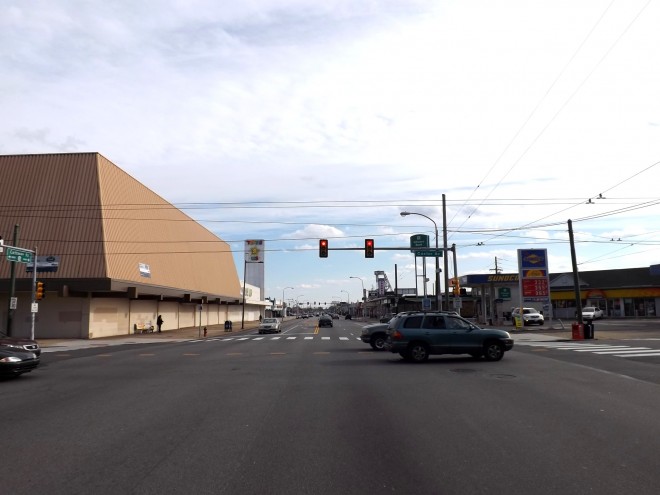 Cottman Avenue is not one of those wide quasi-highways that are so intimidating to cross, as the Boulevard is. But the formlessness of the streetscape has made it more intimidating than it ought to be, as the contemporary photos of Cottman and Bustleton avenues below shows. 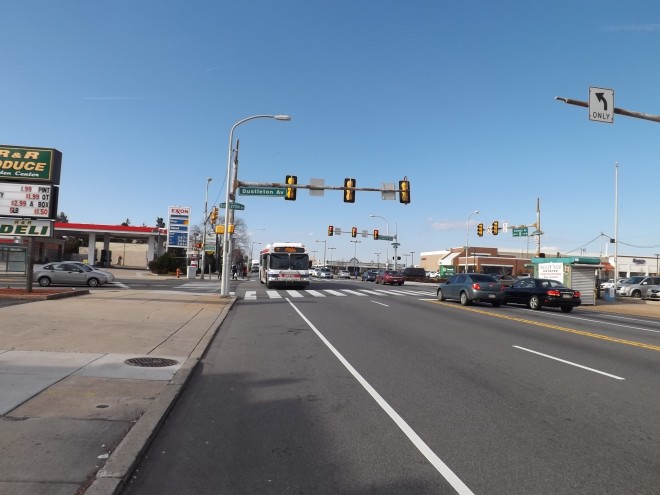 The distance between this intersection and the Castor Avenue crossroads is barely a quarter mile. But it feels longer than that on foot, because the sorts of things that pull one along the street in a traditional retail district have been moved away from it.

Which is a shame, for this stretch of Cottman remains the closest thing the Northeast has to a downtown. After housing a Clover and a JC Penney, the 1954 Lit Brothers store is now empty. But the Northeast’s two remaining traditional department stores, Sears and Macy’s, remain in business on this stretch of Cottman, and there’s a Target and a supermarket close by along with a slew of smaller stores surrounding the big ones. All of them, and the Roosevelt Mall, are set well back from the street behind a sea of parking. 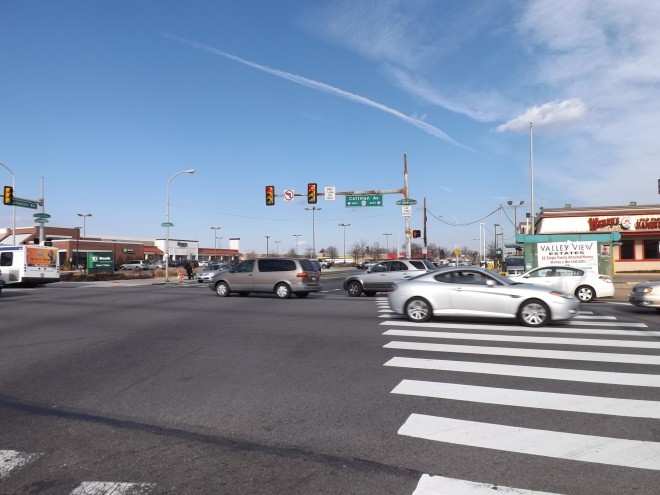 Cottman and Bustleton, looking north on Bustleton from Cottman. The Northeast Sears is at left in the distance. | Photo: Sandy Smith

Walking around here could have been a very pleasant experience if only we had not forgotten what we knew in 1954. Is it possible to restore that sort of street environment now? The question has become a live one, especially as demographic change and economic decline have made many older shopping centers developed around the same time as Roosevelt Mall white elephants. While we have yet to see a typical autocentric shopping center turn itself inside out so it looks more like the early Castor-Cottman shopping center of 1954, the idea that this might be possible has begun to emerge, particularly at the Philadelphia City Planning Commission. “Improving the design of shopping centers” is one of the key issues the commission wants to address in the upcoming Central Northeast District Plan. Work is to begin on the plan this spring.