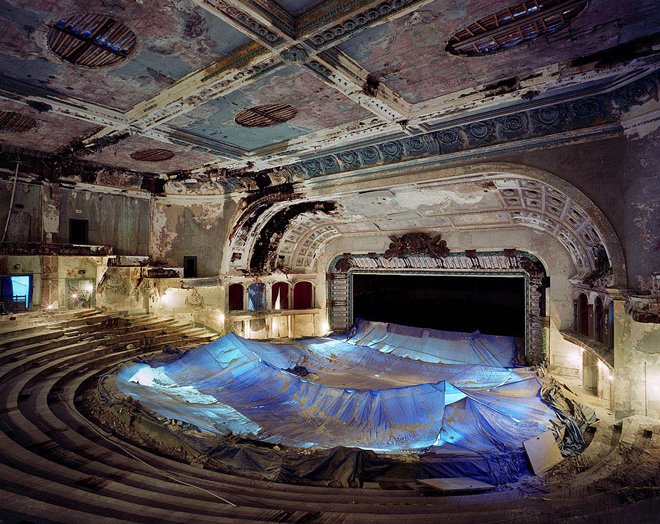 Editor’s Note: This story on two “accidental preservationists”–the real estate developer Eric Blumenfeld and the community developer Linda Richardson–was done for the March issue of Grid Magazine and was written by Grid’s managing editor Liz Pacheco. Liz interviewed another accidental preservationist, Oron Daskal, the owner of North Bowl. His interview will appear on the Hidden City Daily later this week.

The field of preservation is filled with people motivated by a passion for architecture or history. But not everyone starts out that way. In fact, some of the most interesting preservation projects in Philadelphia are being pursued by unexpected people. We call them “accidental preservationists.” Two such people, an ambitious developer and a former dancer, are hard at work on North Broad Street where they’ve found themselves deeply invested in reviving buildings that without their help might no longer exist.

Eric Blumenfeld claims he’s been working in real estate since he was four years old. “All the other kids got to play on Saturday and my father used to drag me to work,” he says. But the former English major—who as a freshman decided not to study accounting, he says, because the registration lines were too long—didn’t formally join the real estate and development world until after college at his father’s behest. In the late 1980s, Blumenfeld had the opportunity to buy many of his father’s properties and founded his own company EB Realty Management. While the company has various projects—many involving historic buildings—throughout the city, North Broad Street is by far the greatest in scope.

“Ten years ago I [would] show up on North Broad Street,” says Blumenfeld, “and I would take bankers down here and they would look at me, like ‘you’re out of your mind’.” But standing on the rooftop of the Thaddeus Stephens School of Practice at Spring Garden and Broad Streets, Blumenfeld’s vision now seems less laughable. 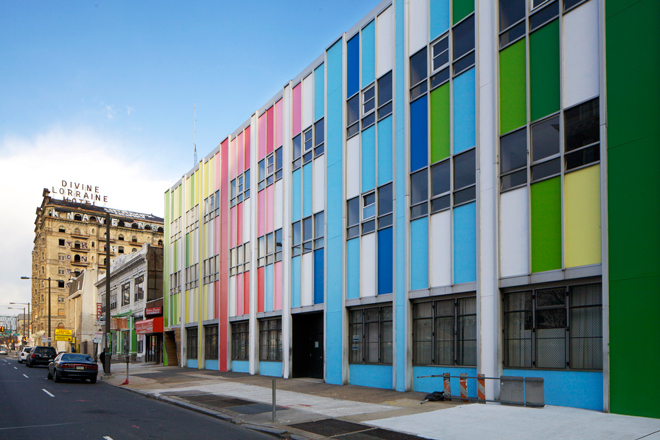 Looking up the block, there’s the renovated and now rainbow-painted building where Stephan Starr has headquartered his catering company. There’s the deteriorating but magnificent Divine Lorraine Hotel, which when finished will become luxury apartments and restaurants. Across the street is Lofts 640, a former factory converted into luxury apartments, and whose neighbors include two Marc Vetri restaurants and a Stephan Starr outpost. Up another couple blocks is the Metropolitan Opera House, a beauty from 1908 that’s partially used as a church, and is slated to see the addition of a music venue, art gallery and restaurant as well. And don’t forget the 1926 Thaddeus Stevens School, where a two-story art school and luxury apartments are planned. That’s not all; Blumenfeld has also envisioned a new public school campus on the four acres he owns behind the Divine Lorraine.

The plan is ambitious, and Blumenfeld speaks exuberantly about the possibilities. “Look where you are,” he says, pointing to a map of North Broad Street. “You’ve got Temple [University] and City Hall and you have a plethora of really beautiful old factory buildings that have suffered from obsolescence.” Many of these old factory buildings, as well as the school, opera house and hotel, are listed on the National Register of Historic Places, making Blumenfeld’s projects eligible for rehabilitation tax credits offered by the federal government. With this financial boost, the redevelopment of North Broad Street has become more realistic. No construction has begun, but Blumenfeld is nearing the final planning stages for the Thaddeus Stevens and Divine Lorraine buildings where he has already done significant clean up.

“It starts with looking at something like these buildings. They tell stories,” says Blumenfeld. “You can’t walk through the Metropolitan Opera House without hearing the walls telling stories. Once you get sucked into that vacuum, there is no turning back. You can’t be for tearing that down. You have to be for how do we recreate it?”

In the 1970s, Linda Richardson was pursuing a career as a professional dancer and actress. But the North Philadelphia native soon realized that communities of color and women’s organizations—both of which she was a part—didn’t have the networking connections to get funding for their work.

In response, Richardson founded the African American United Fund, which provides grants to small social, economic and cultural organizations. As part of United Fund’s work, she helped create the Avenue of the Arts, which includes the North Broad Street Joint Venture—a coalition of African-American cultural institutions on the 2200 block of Broad Street. As Richardson began rehabbing rowhomes for the Venture, she heard from neighbors that the Uptown Theater, located on the same block, was deteriorating. 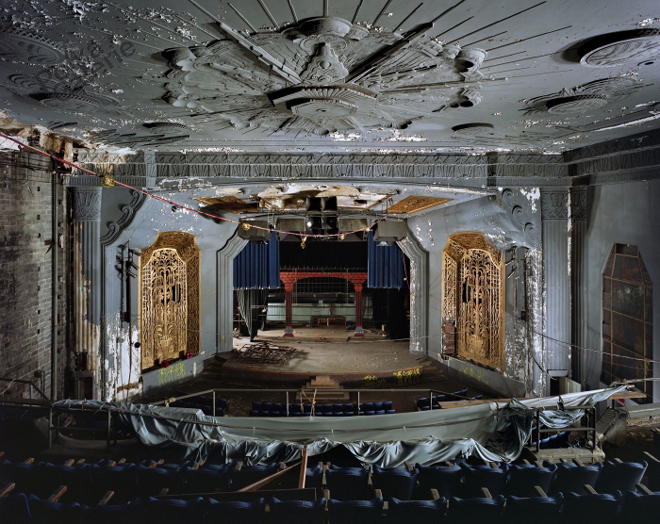 Built in 1929 in the Art Deco-style, the Uptown Theater was once a hub for African-American pop culture, hosting acts like James Brown, Stevie Wonder and Martha and the Vandellas. But after closing in 1978 (with a brief reopening in the mid-1980s), the theater went from cultural center to deteriorating landmark. In 1982, it was added to the National Register of Historic Places.

“We were saving the Uptown,” says Richardson about her initial reasoning for taking on the project. “We didn’t consider ourselves preservationists in the traditional sense of the term because we thought of preservation [as] stodgy—maintaining Independence Hall. But we are preservationists.”

With support from the community, Richardson formed the Uptown Entertainment and Development Corporation in 1995. Under her leadership, the nonprofit raised enough money to stabilize the building, repair the roof and, in 2002, purchase the theater. UEDC is now finishing the Entertainment and Education Tower, a 19,000-square-foot space, which will be available for rent, while continuing to raise money to restore the auditorium and balcony.

Richardson initially created UEDC to save the Uptown, but her vision has expanded. “I think that the building is just not a preservation in the traditional sense,” she says, “but a catalyst for community change, heritage, tourism, sustainability and more importantly, jobs for members of our community.”

“We see ourselves not in the traditional preservation,” says Richardson, “but in sustaining a culture and history and development of heritage tourism.”

Liz Pacheco Liz Pacheco is the former managing editor at Grid, a monthly magazine that covers sustainability issues in Philadelphia. Before that, Liz was at Michigan State University completing a master's in environmental journalism.