The names we’ve given to our streets, particularly the smallest of them, have the surprisingly frequent habit of changing over time. Often, city officials change them in an effort at consolidation. Why bother with Small, Emiline, Bradford, or Bedford, when you can just say Kater? Yet in this process of simplification, we have lost a connection to the people who gave their names to the streets, and the stories of another Philadelphia.

We can go back to old maps to find the former names many of our streets once went by, yet the evidence is sometimes there to be found in the inscribed marble tablets that were inserted into the masonry of corner buildings just above the first (and occasionally second) floor windows. For the past three years I’ve been collecting these slender reminders of the city that once was, souvenirs that have survived through happenstance and accidental preservation. 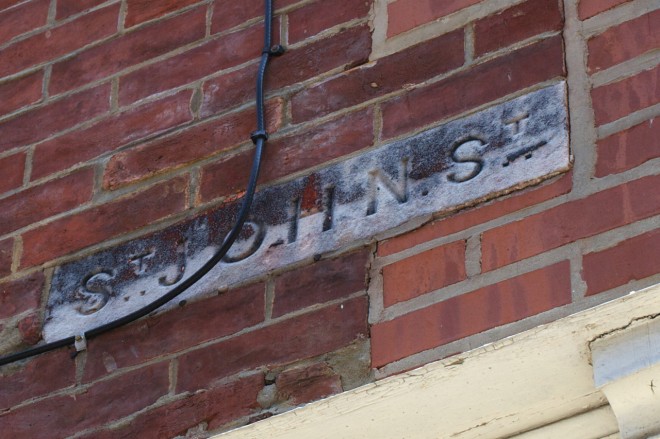 Saint John Street ran from Vine Street to Germantown Avenue, west of Second Street in Northern Liberties, and was one of 16 streets whose name was changed to American Street. Almost all the 16 changes–including Saint John–were recorded by the city in 1897. 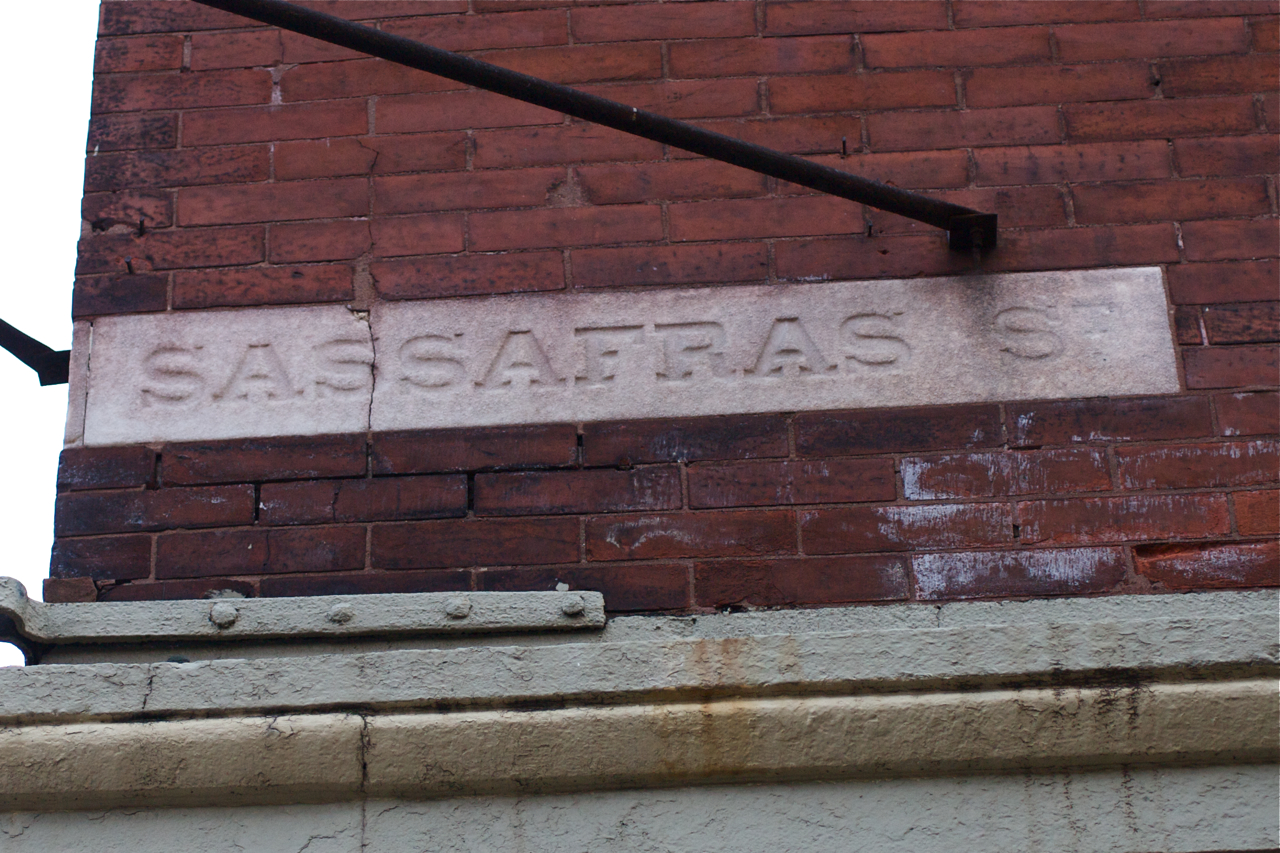 Sassafras was one of the original “tree streets” named by William Penn after “the things that spontaneously grow in the country.” It was renamed in 1853, according to city records, however most of the tree street names survive to this day, with Sassafras, Mulberry (Arch) and Cedar (South) the notable casualties. 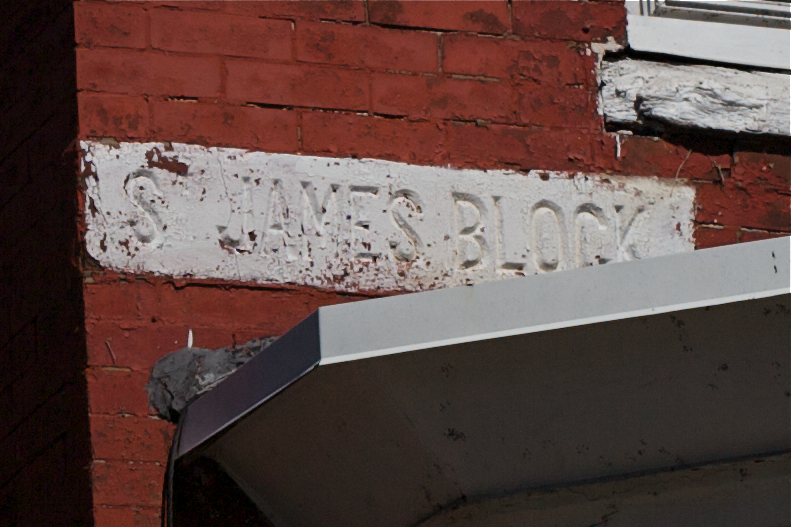 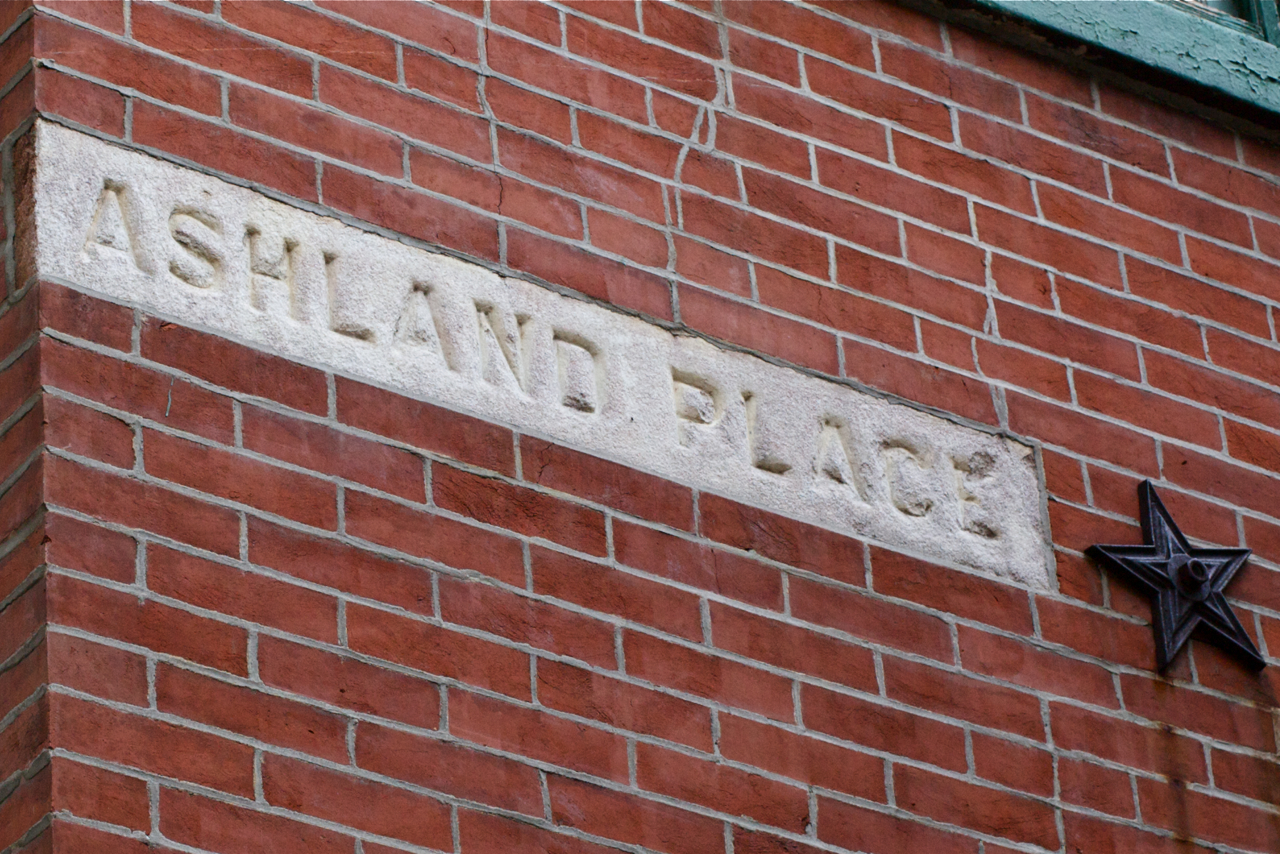 The Ashland Place sign identifies 18th Street at the corner of Delancey, but this is misleading. Ashland was actually what is now Bouvier, the next street east, which runs between Delancey and Pine Street. The city recorded the name change from Ashland to Fillmore in 1850, and from Fillmore to Bouvier in 1897. A different Fillmore Street still exists in Frankford. 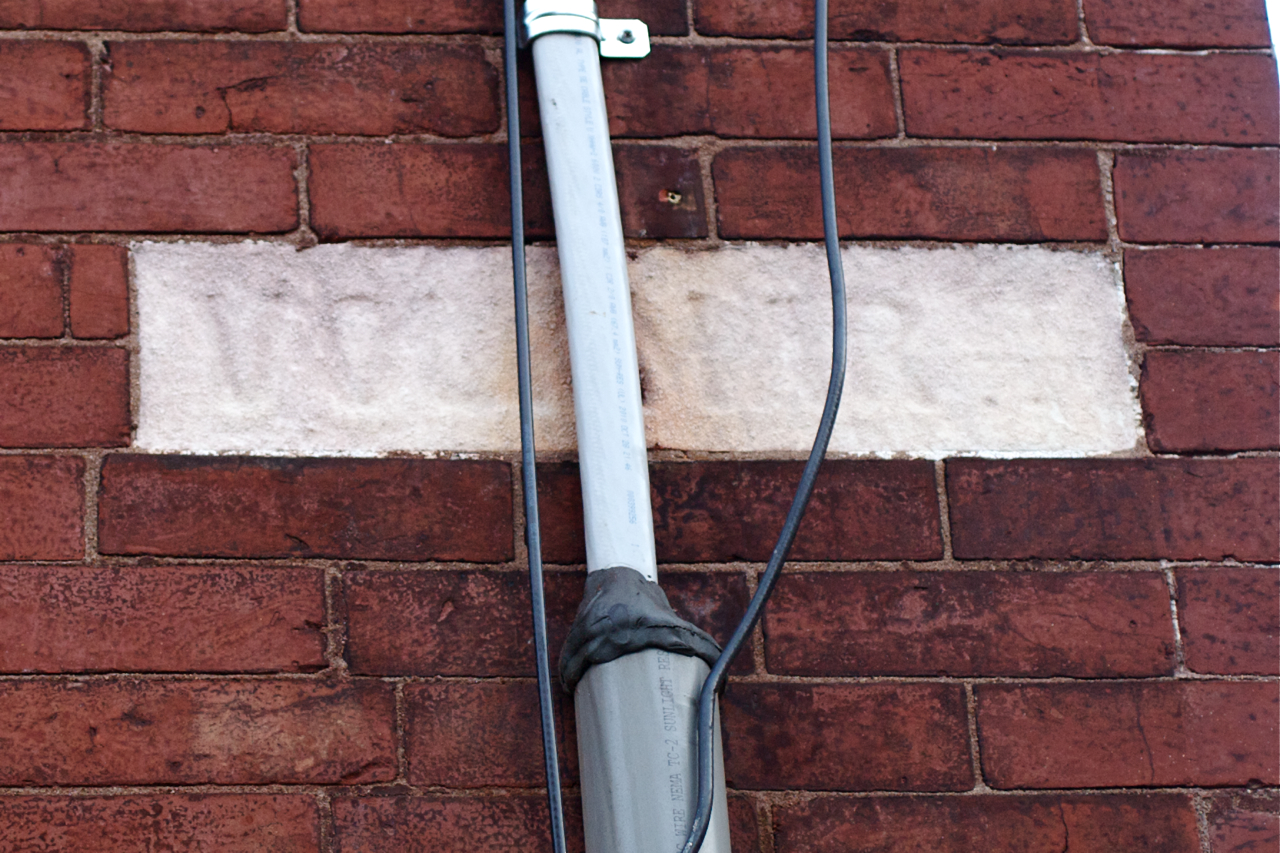 Volkmar was one of seven streets (Banana, Walter, McClellan, Davis, Lissner, Shulnier) names changed to create Flora Street. Volkmar went from Palmer to Columbia, between Girard and Moyer in Fishtown. The Volkmars were a prominent family in the neighborhood during the 19th century that included a prosperous merchant and an assistant Surgeon General. The year the change was made is not recorded, however the name changed sometime between the 1895 and 1910 Bromley Atlases. 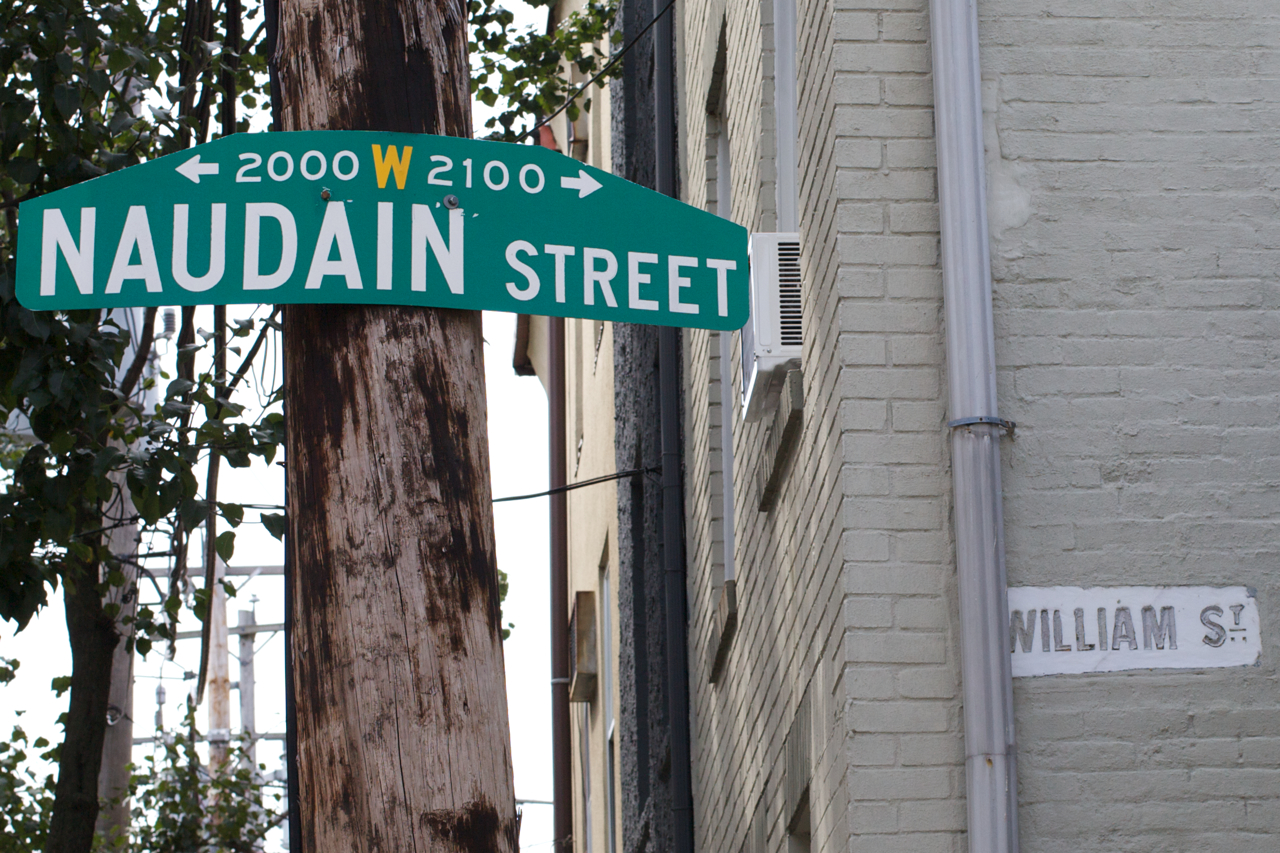 William Street between 21st and 22nd was changed to McDuffie Street in 1858 according to city records. The date when McDuffie became Naudain is not listed in city records, however the 1862 Smedly Map identifies it as “William or McDuffie (now Naudain) between 19th and 22nd. 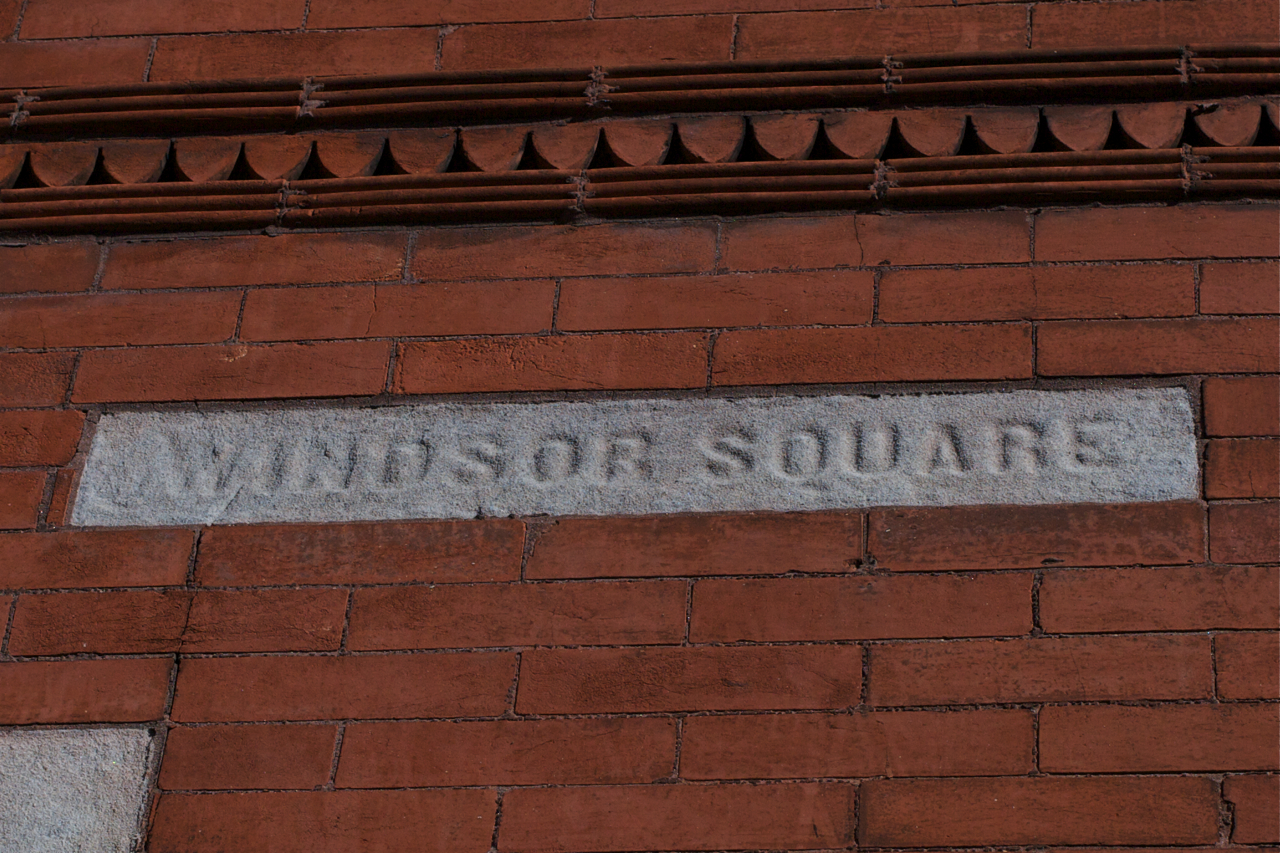 A name that appears not to have taken with the public. Windsor Square was called Woodstock Street in the 1895 Bromley Atlas, then Windsor Square in the 1910 Bromley, then back to Woodstock in an 1942 Works Progress Administration map. The city records show the change from Woodstock to Windsor happening in 1910, and say that Windsor currently exists, however all contemporary maps call it Woodstock. 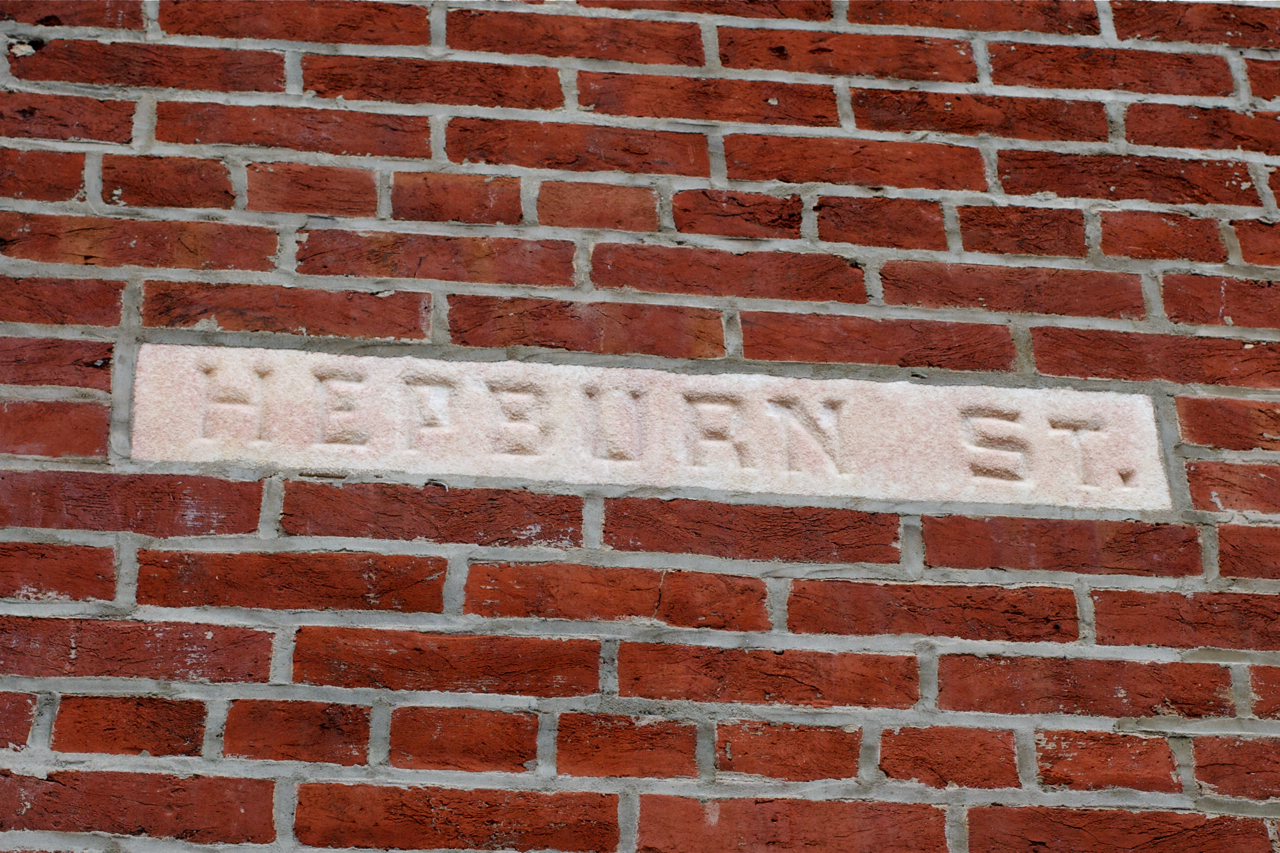 The city recorded Hepburn Street changing to the less euphonious Smedley from Fitzwater to Bainbridge west of 16th in 1897. Very likely named after Samuel Lightfoot Smedley, who retired as Chief Engineer and Surveyor of Philadelphia in 1893. 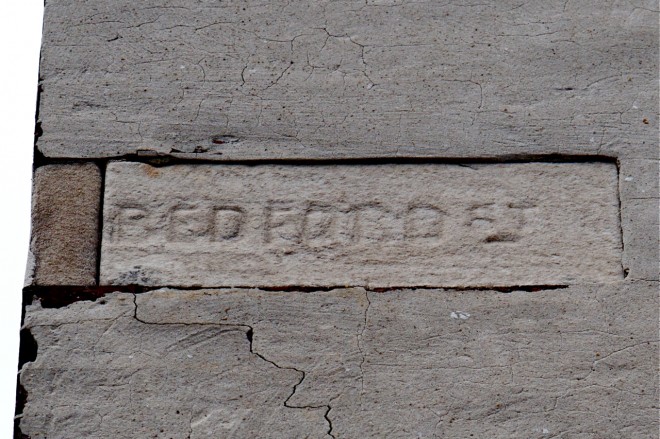 Perhaps named after a Pennsylvania County, according to Philadelphia Street Names, by Robert Alotta, Bedford ran from Frankford Avenue to Ash, which is now called Fletcher in what is today Fishtown. Bedford changed to Wildey in 1858 according to city records, which makes it seem like an attempt at uniformity after the 1854 Act of Consolidation. However, Wildey did not exist until that name change, and the section of Wildey that doglegs and begins west of Frankford and runs into Northern Liberties was called Otter Street until 1897. 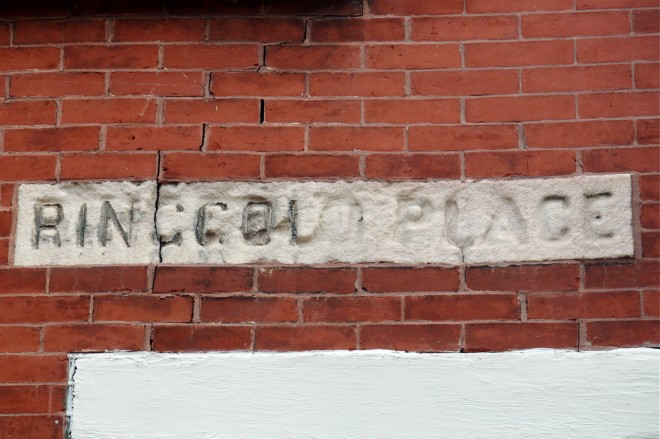 The names of the little streets of Center City often changed from block to block, few more so than what is now Waverly Street, which had 19 street names folded into it in 1897. Ringgold Place (spelled Ringold on some maps) was one of the streets that became Waverly. It ran for only a half block, between 19th and Uber, which was originally Elm Street, then Ford Street in 1858 and Uber in 1897. After crossing Uber it was Wall Street and later Watt Street and finally Waverly Street as well 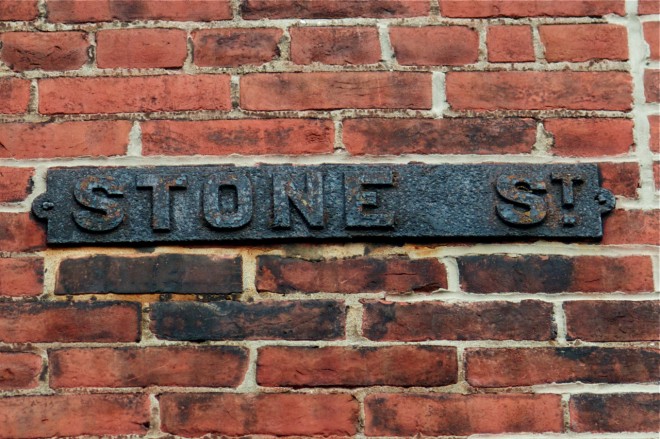 Stone Street ran between 15th and 16th and is another of the little streets renamed Waverly in 1897. I’ve never seen a sign like this one. Was it the common form or a paid for by local homeowners? 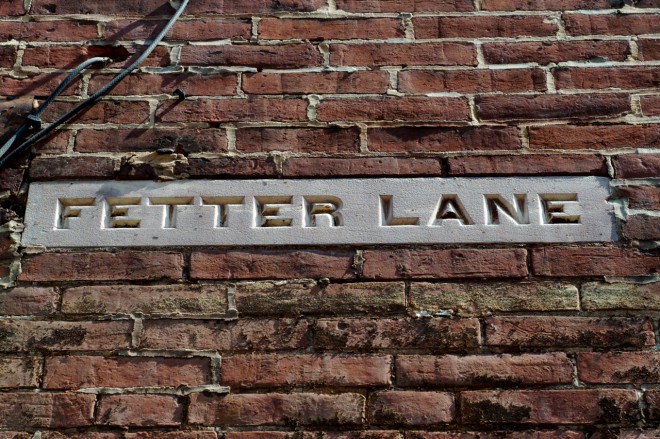 Cherry Street ended at Third, took a slight dogleg south, then became Fetter Lane for the short block until Bread Street. The name was changed in 1897. The sign was either carved or re-carved fairly recently, much like the sign for Sassafras Street, also in Old City. 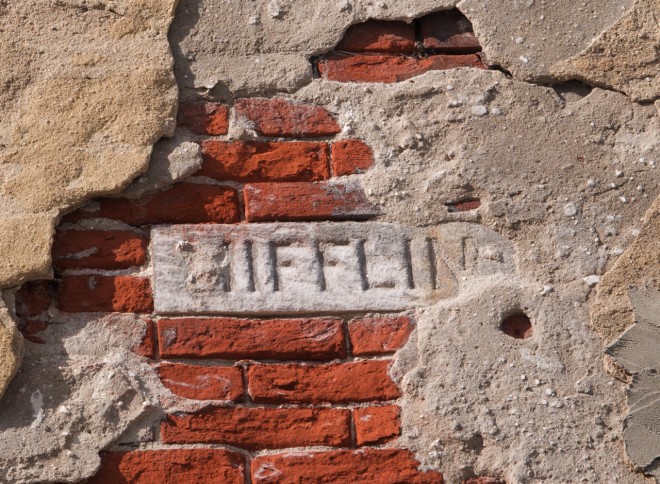 Mifflin Street ran from Girard to Montgomery Streets. It was renamed Randolph in 1867. The Mifflin Street in South Philadelphia between Moore and McKean also existed during this time and is of course extant today. Both Mifflin Streets were named for Thomas Mifflin, the first governor of Pennsylvania.